The Battle Claws and Nelandrean Foils

Written exceptionally in english for the lightning challenge #21   Menicea's battle claws are rarely used among the Menicean army and mercenaries. Even though they are considered to be one of the deadliest melee weapons that exist on the continent, they require a lot of practice and natural dexterity to be efficiently wielded.

In the army, recruits that match these requirements are proposed to join a special training to become a Nelandrean Foil and to serve in the royal guard. People usually accept the offer when it comes, as Foils are one of the closest distinctions to nobility in the kingdom. They are in fact seen as the elite among Menicean fighters since few can match their speed, address, and agility.

Nelandrean Foils represent the summit of our martial arts, harshly training every single aspect of their body and physical condition to their very limit. I am proud and honored to be able to work with such talented people to protect our motherland.
— Adrianno Gastian, commander of the royal guard

Battle claws are also said to be descending from the legendary Amber Claws that were made by one of the two generals of Nélandra: Mylandron, known for being one of the greatest fighters of his time. He is the one that made the very first prototype of the weapon and used it during the Great Clans Wars. Thus, being able to wield weapons designed for the best fighter of History only make modern Foils shining more.

Every model of claws will be attached to the wrist with a bracelet and held in its wielder's hand with a steady little iron bar, often wrapped with soft leather to not hurt the fighter.   The blades are slightly curved at the edge to penetrate light armor and skin. It has to be very light since a blade that is curved too much will have higher chances of penetrating armor, but also getting stuck. In fact, it is not only hard to wield those claws, but also to make them. Since there are so many details that need attention to not put its user in danger, the best users of those weapons will likely order their pairs to the best craftsmen of the continent.   The claws come in two main variants that define the two fighting styles of this weapon.   Plus, scratching a metal armor being useless, they will focus on landing one efficient and painful strike rather than trying to hit as much surface as possible. One-bladed claws will be more curved and thinner than the three-bladed version to fulfill this purpose.

The most important thing with battle claws is to know how to unstuck their blades in every possible position. If you can't do that, you are very likely to lose a hand in your first fight.

The Foil's training is made of harsh exercises on an everyday basis where the recruit alternates on physical, tactical, and combat training. Though the initiation is considered to be over in one year, an active Foil has to keep training during his whole career to keep his physical condition high enough for his art.   A Foil's body must be in a good balance between muscular and flexible. It must be strong enough to parry and cut through armors and flexible enough to dodge - which they tend to do more than parrying - and swiftly use their enemy's openings to deal deadly damages.   Keeping that in mind, their physical training is scheduled by instructors which provide personalized routines that fit every single soldier. They are mostly composed of standard musculation exercises like push-ups, weights lifting and climbing. The agility training takes place in a specialized area built for that purpose, where trainees can climb, jump, run, in a lot of different artificial environments.   Combat training is provided by the elders of the Foils. They teach the young all they know about fighting, wielding their weapons but also on how to behave when in service. As the representants of an elite, Foils have a very strict behavior code that must be followed when they do public presentations or when they go out for official business.   Finally, as battle claws do not fit every battle situation, Foils are also trained to use regular swords and lances so they can adapt to whatever enemy they are facing, adding even more difficulty and length to their neverending training.

The first Nelandrean Foil was Mylandron. He served as Nelandra's right arm during the Clan War and trained the Menicean army after the kingdom was formed.   The Battle claws were his invention, made during the Clan War to face multiple opponents rapidly. Legends say that his training took him a lot of time before he was actually able to use them in real battles, as no one was here to teach him.   Long after that, when Aigleran won the war, people crafted him a pair of claws made of pure amber. The Amber Claws are said to be as resistant as a steel-made pair and even sharper. Mylandron never used them in a real fight, but still wore them a lot as prestige weapons during official meetings.   He started training young elite soldiers to wield them right after the war ended. At first, he chose himself the people he was going to teach and took them with him for a year-long training session all over Menicea. Every new foil was offered to join the queen's personal guard: the most glorious duty as a royal guard.   Only two generations of foils were trained by Mylandron himself. Even if he died rather old in the year 14, he just made small appearances in the public scene. For most of the time, he was nowhere to be found, attending private duties given by Nélandra herself. A few royal guards of this period said that he was seen a lot with the queen, which led to the rumor of him being the royal family's father.   After he died, his most brilliant pupils took the responsibility to educate and teach new foils so the tradition wouldn't disappear with time. They made sure that the prestige and glory of their rank did nothing but growing with time.
Item type
Weapon, Melee
Rarity
Rare weapon
Weight
1,5kg
Dimensions
30 to 40 cm
Raw materials & Components
Blades are made of iron or steel, and the gauntlet is usually made of strong leather with iron plating. 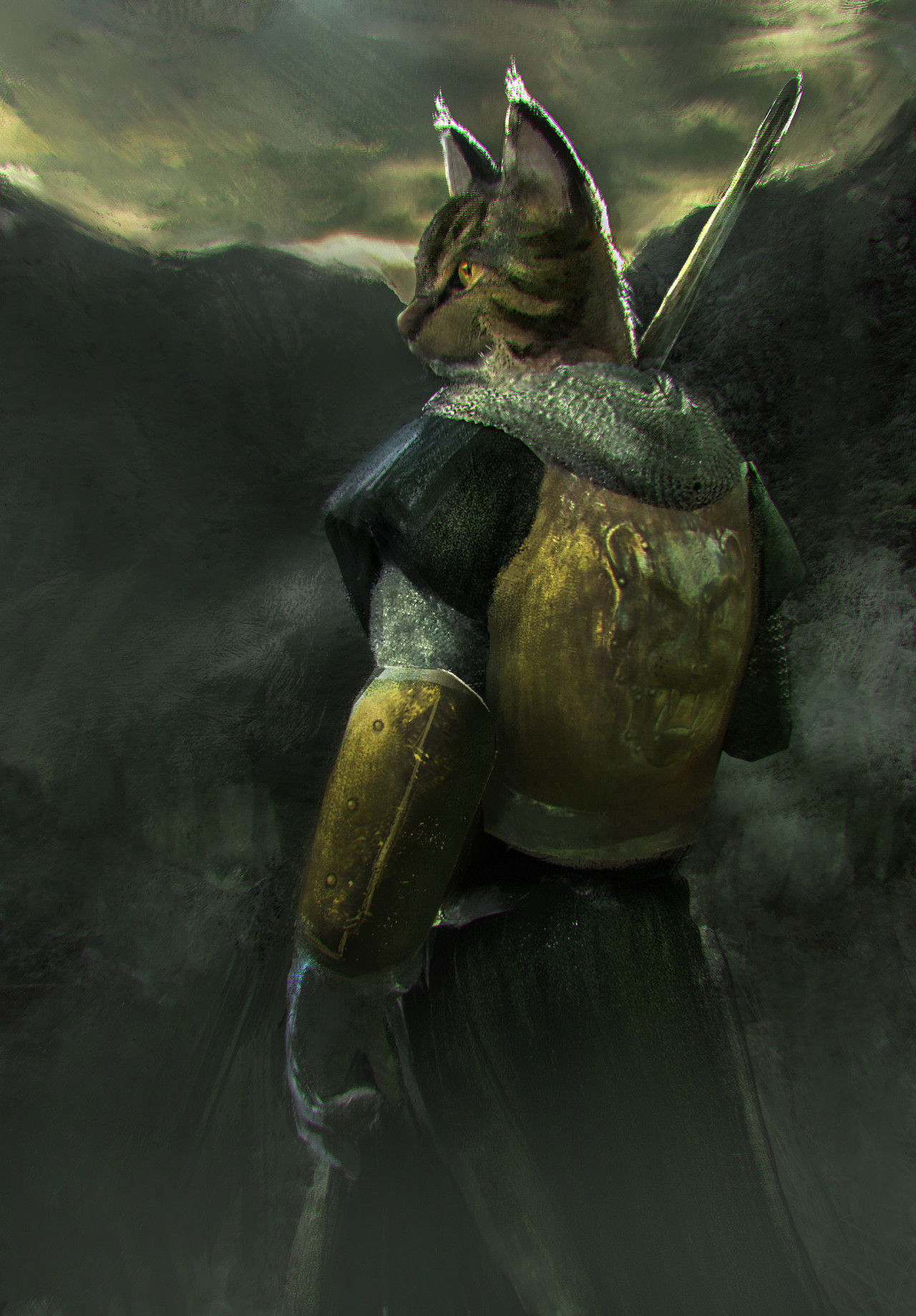 Thanks. The picture isn't mine tho, was sent to me by a friend who found it online a while ago.

This is a great and descriptive article with a great blend of informative and narrative text. You've really established the feeling of a lore and culture around these weapons and it's left me curious more about the fighters themselves and the world overall. Well done!