Living in Morknar society is all about following one simple yet unforgiving rule:   Performance means everything.   The wise and bright are the Highs. They study, decide, and lead.
The strong and reserved are the Lows. They toil, help, and follow.   There is no in-between.

Morknars are the only sapient species native to Grishnak. They are found all over the world, taking part in local societies or traveling in small groups.
Lifespan
100 years
Average Height
1.4-2m
Average Weight
50-90kg
Geographic Distribution 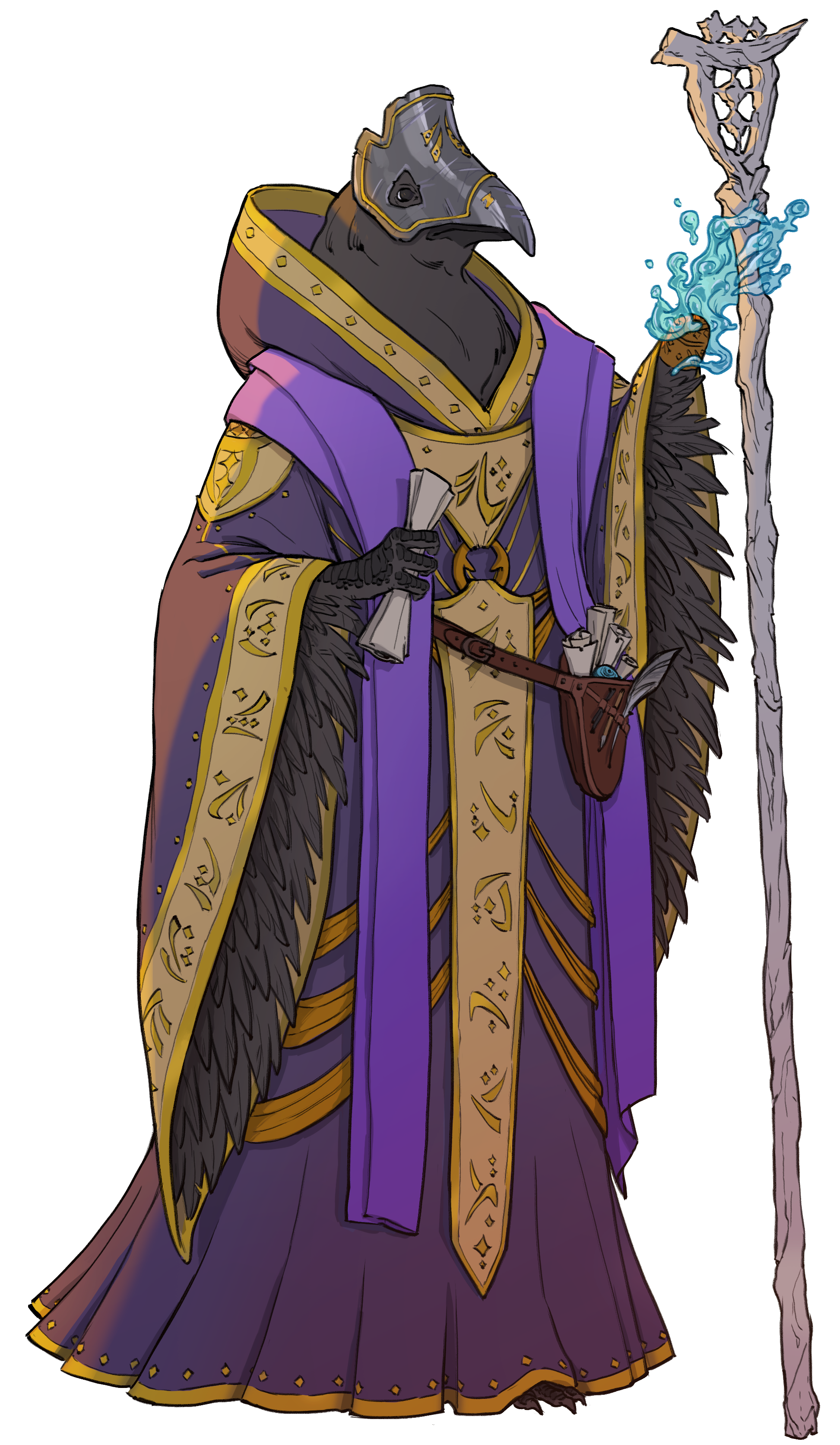 Morknars are corvid-folk, somewhere in between crows and magpies. Their size varies from 1.5 to 2 meters.

Morknars grow feathers all over their bodies but on their beak, hands, and feet. Their plumage is primarily black, though many have some color patterns varying in tints, shapes, and visibility. Some have their colors visible all the time, while others only have them under specific lighting, reflections, or muscle contraction.   Despite growing long feathers all over their arms, Morknars are flightless. These same feathers can either be kept long or trimmed shorter, a choice many manual workers make for comfort.

Reptilian scales cover most of the featherless parts of a morknar's body. They have them on their hands, feet, and around their eyes. Scales feel like rough skin to the touch, although more irregular and bumpy.   Morknar hands feature small palms and four long fingers, at the end of which grow little claws. The same goes for their feet: they get most of their stability from the length of their toes. Morknars have anisodactyl feet: three toes in the front, one in the back!

The only other part of a morknar which does not have feathers is its beak.   Like their claws, beaks are evergrowing but are naturally trimmed whenever the morknar speaks or eats.   Morknars do not have teeth, meaning they do not chew but swallow their food whole, although cut into smaller pieces first.

Morknars' body language shows through movements of pupils, tails, and head feathers, as they have no facial expressions. An excited or angry individual will have their feathers raised and eyes pinning, while a calm or anxious one will have their feathers flat, and pupils shrunk.   Their eyes have thin, round black pupils surrounded by white. Pupils can either shrink or expand depending on emotions or fatigue.

Morknars hail from all over the world. Most wish they never had to leave Grishnak, but had to due to massive land loss after a cataclysm known as The Dark Flood.   More than a century has passed since the great exile, yet many Morknars remain connected to their culture and identities as Grisnakeans worldwide. A feat that could not have been done without crest runes, a system bringing meaning and motivation to all of those striving for a better life.
Morknar societies are structured; they believe that each individual is but a single cog in a greater machine.
Everyone has a defined place and role within the flock. They view the world through a lens of rationality and fascination, always trying to better understand its inner functioning. 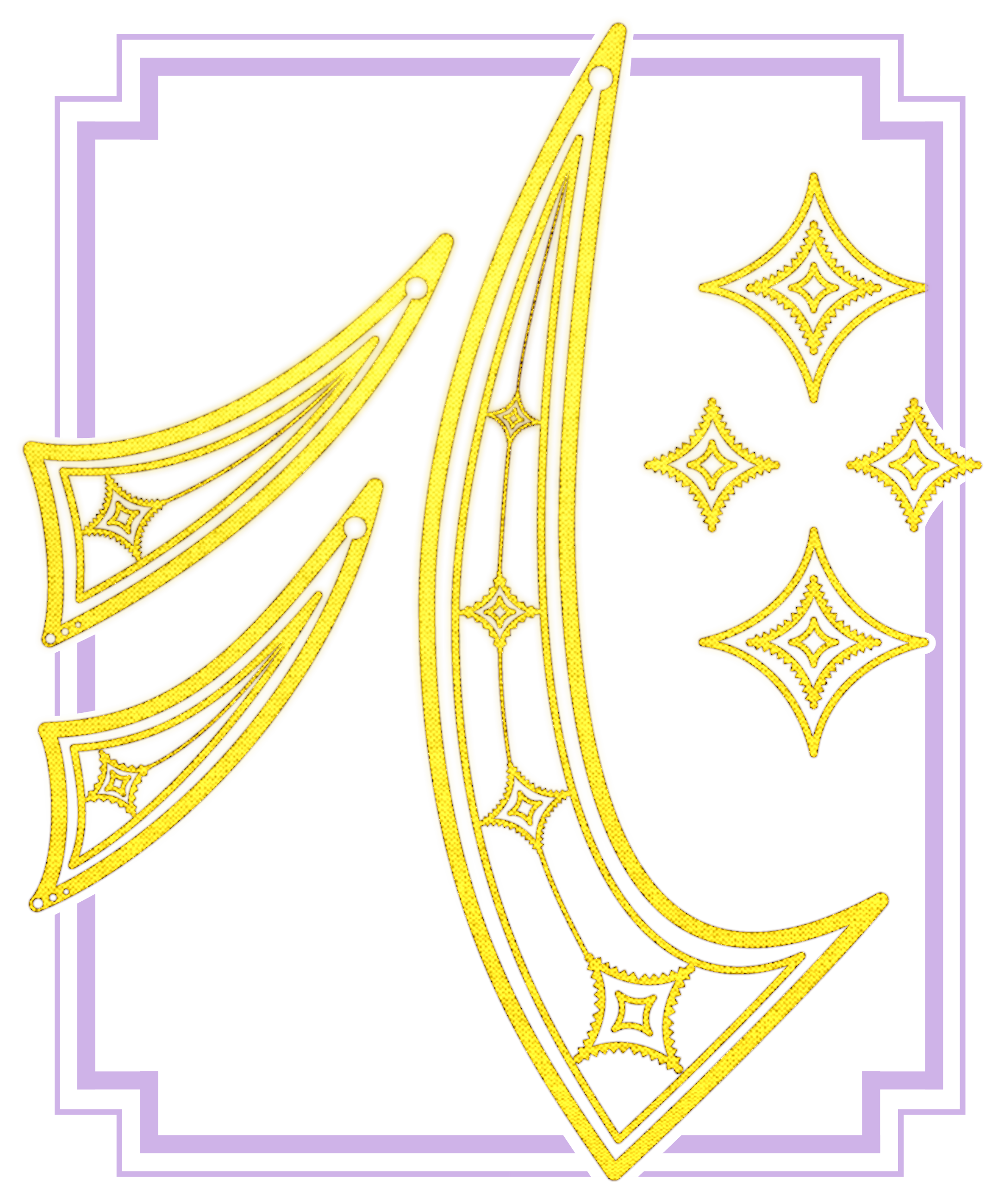 Any Morknar capable of even the most basic magic has a crest rune. It is a symbol of their achievements and their rank in society, which also comes with great benefits.   Crests exist in two copies: one inscribed on its owner's body, the other on a tablet stored somewhere in the Spire of Science. Its exact location in the Spire is essential, as it determines which spells it will give access to its owner. Crests act as a mental bridge between their owners and their surrounding runic libraries at the Spire, giving their owners instant access to the magical knowledge libraries hold.   The higher a morknar is ranked, the better spot their crest rune gets and the better spells they inherit.
Yet, some morknars have a limit to how high they can get. Shortly after their birth, morknars begin training with a mentor who will eventually determine whether the kid belongs within the High or Low Morknars. This, in turn, determines the libraries the kid will be given access to and, more generally, their predetermined place in society.
High Morknars are leaders, with one thin ring carved onto their beaks.   Most, if not all, are scholars who seek to understand the world better and shape society to help serve that purpose. They lead workshops and dedicate their lives to studying various subjects, frequently submitting scientific theses in the hope of improving their rank within the Spire.
Low Morknars live a more laidback life, with three thin rings carved onto their beaks.   They fill the rest of the roles and provide all the material elements society needs to survive, such as food or minerals for the forges. Lows recently earned the right to claim basic runic libraries and have created their own ranking system based on their participation in Highs' successes. 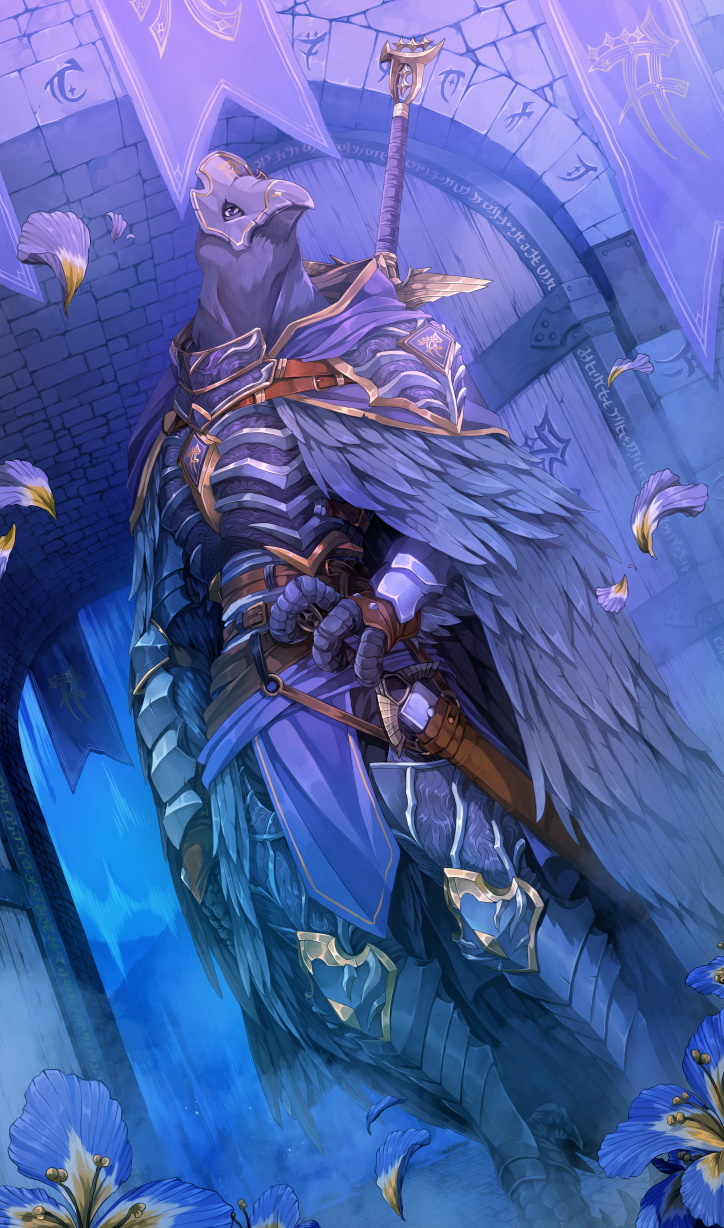 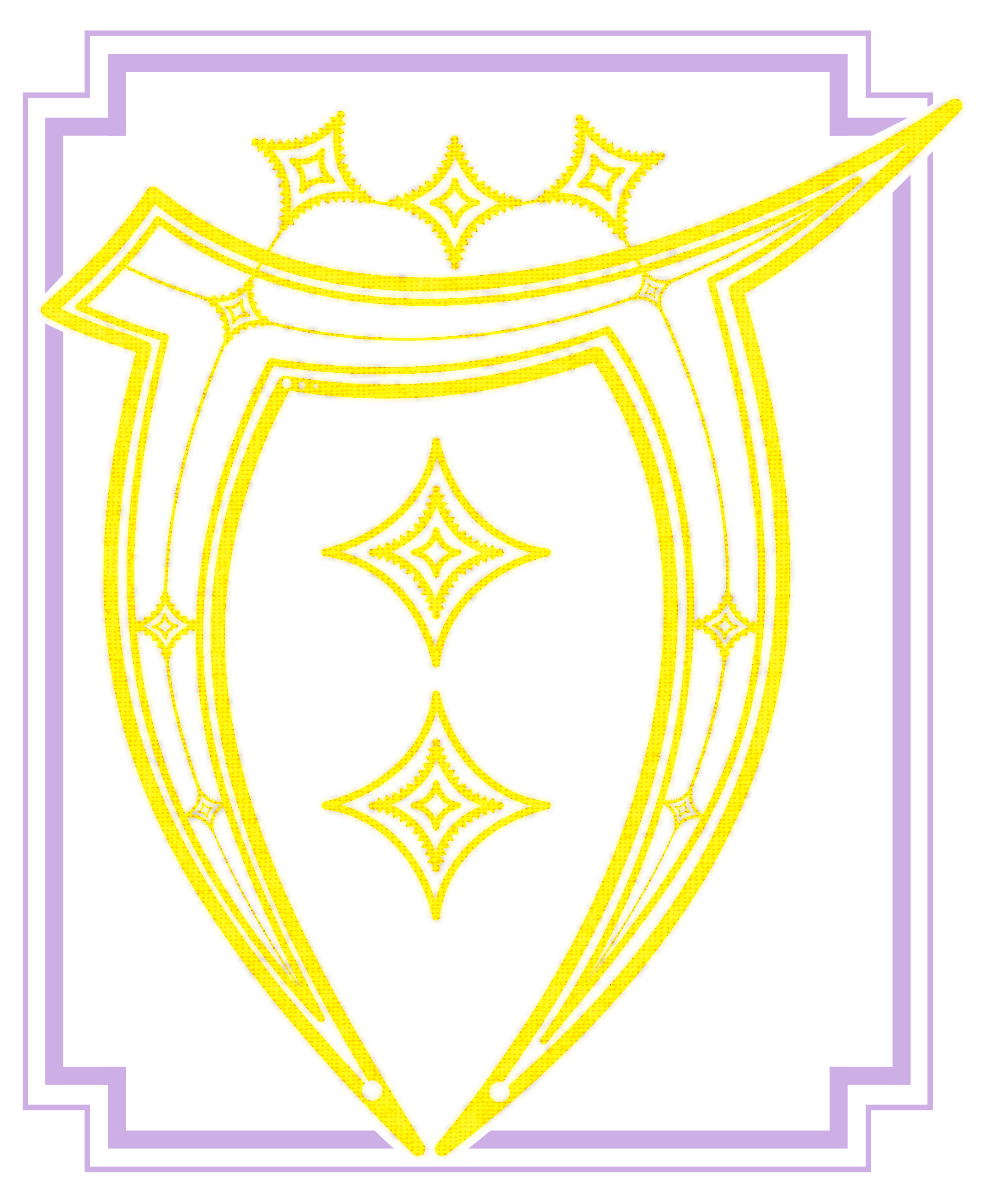 Morknars find their sense of belonging in the workshops and communities they join. They rarely, if not never, keep in touch with their parents, as most eggs are entrusted to incubation facilities after they are laid.   Morknars have an extremely low sex drive and do not tend to form families either. They often do not know their peers' gender as they do not have visible or audible differences between males and females. Grishnakian languages all only have one pronoun, and Morknars usually collectively settle on one pronoun for everyone when using another language, whichever one they think sounds best.   Mating is done through various formal rituals depending on one's origins and rank in society, but mates generally go on their own separate ways, back to their own life after doing their deed. 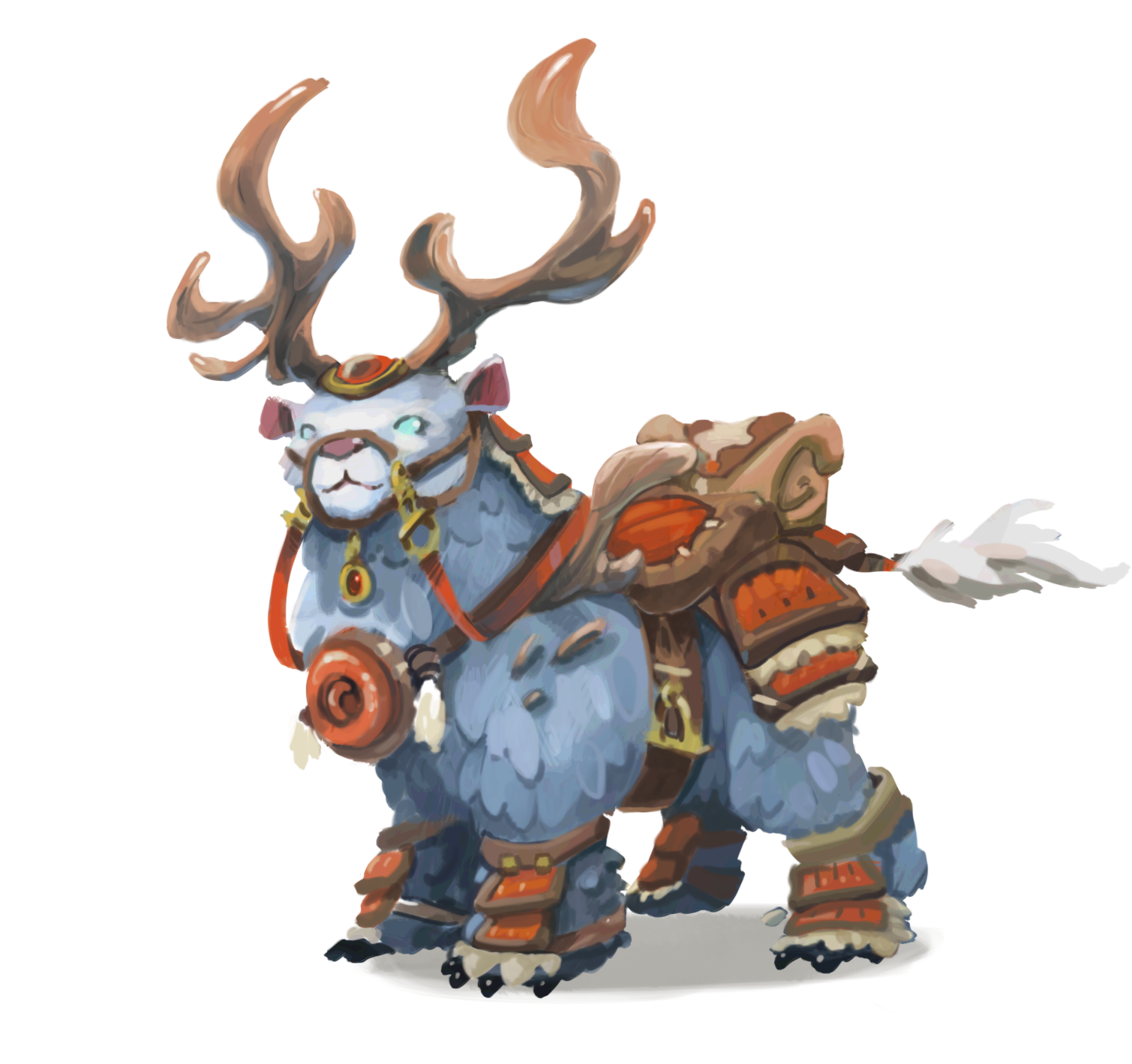 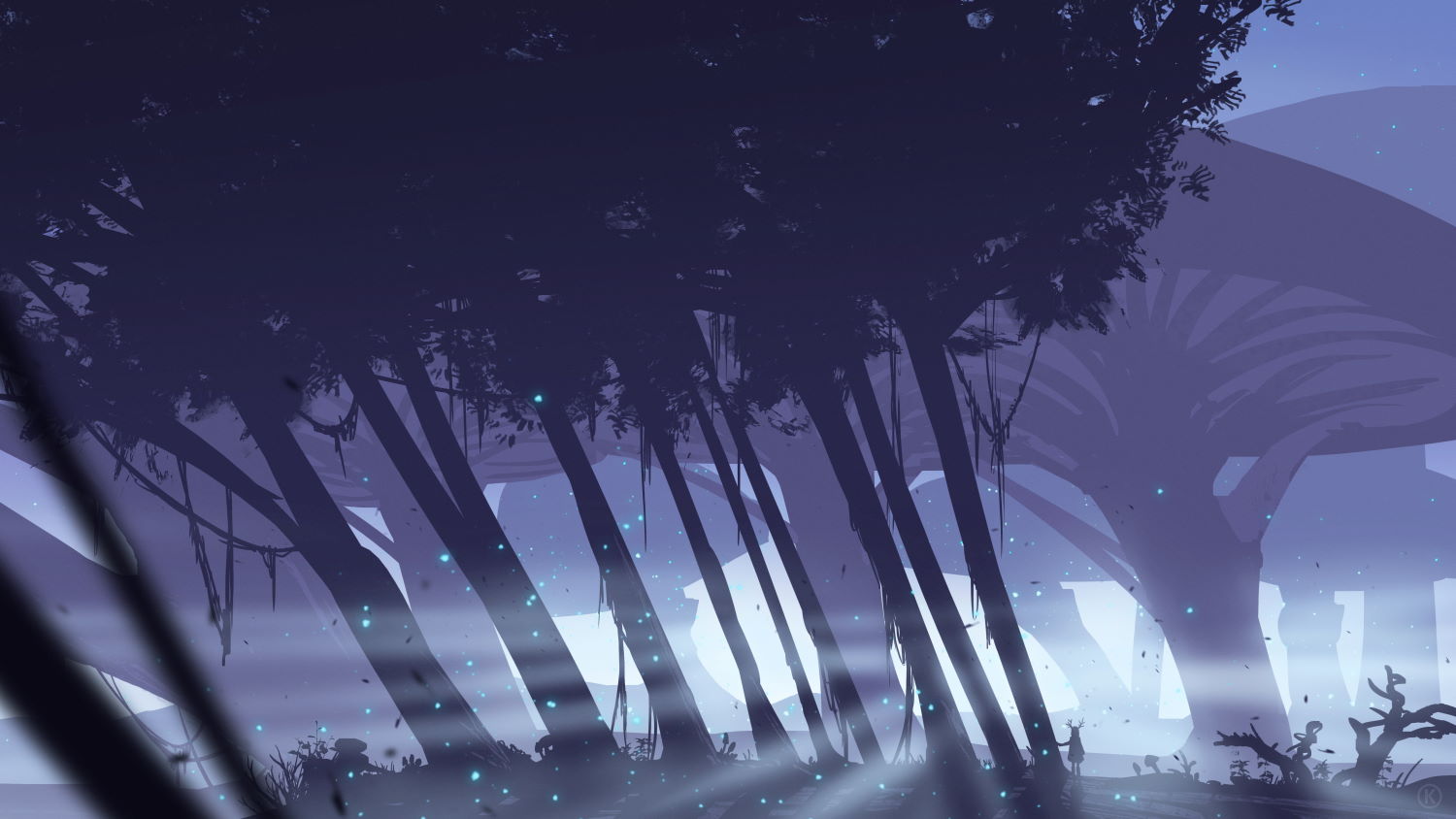 The whole morknar civilization used to be a single tribe, going from island to island, searching for a place to call home. It was a neverending trip that started thousand of years ago, guided by the old mind: the combined knowledge of all former leaders of the tribe, passed down from generation to generation by an ancient memory-passing ritual.   As generations and countless islands went by, the tribe became smaller and smaller. People were losing hope of ever finding the promised land, and some groups began to settle down on the small islands the tribe came by.   This exile eventually ended when the tribe's scouts found an archipelago that would later be known as the Vistuk Islands, followed by the discovery of Grishnak several weeks later. The elders were formal: this was the land they had been searching for so long. Not only was it huge, bigger than any land they had ever found before, but it also bore something they could not quite comprehend yet. It was something invisible to the eyes that only mages could sense all around them: magical force that passively made the practice of magic easier all over the continent. 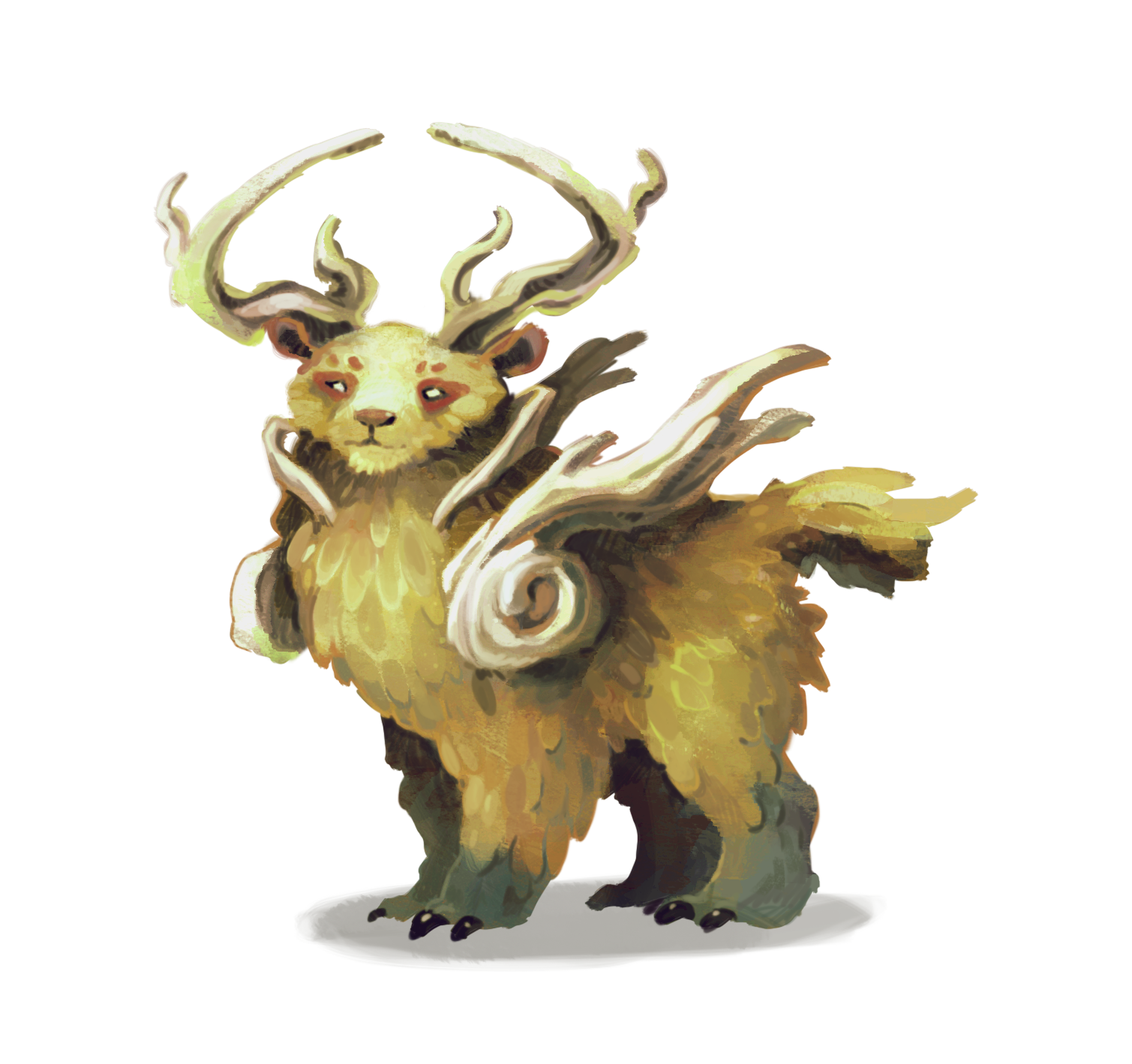 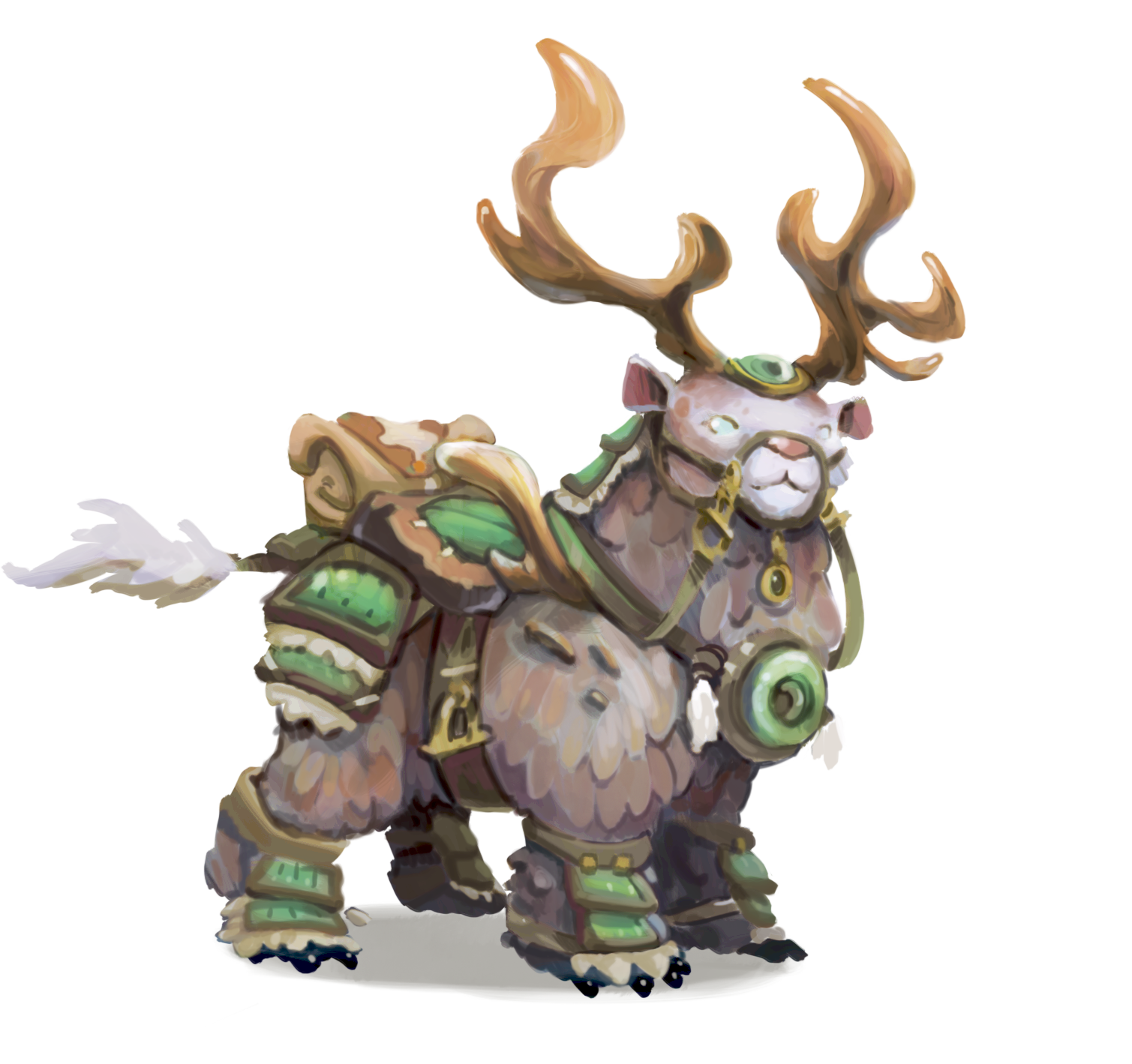 The once small tribe became a country, spreading all over their newfound land and starting to harvest its resources. Morknars built their society around the pursuit of knowledge, trying to understand and grasp that elusive power they had felt since they arrived. The elders reigned from the new capital of Daygrasp, but only for a short amount of time.   Quickly enough, disparities and conflicts emerged between the farthest regions of Grishnak. It only took a mere century after settling down on Grishnak for the first armed conflict to occur. Raids and skirmishes turned into wars, and before they could even blink, the Elders were overthrown. Grishnak split into three parts, and they were held prisoners in the most prominent.   From there, Elders had to regain the trust of their former subjects carefully. Luckily for them, only they knew how to wield magic and possessed the old mind, something even the most foolish conquerors wouldn't risk losing. Year after year, the old mind carefully guided the Elders to find their way back to being in power.   They started by reclaiming their rights as advisors to the lord, slowly recovering their former rights and proving their worth as leaders by providing decisive guidance during war times. Eventually, a young morknar high within the elders' circle became second in line to the succession. All they needed was a quick and stealthy way of getting rid of the current leader, which the old mind gracefully provided. The young one accessed power and secretly received the old mind. They then worked on reuniting Grishnak, which would again require the cojoined efforts of two generations.

Having learned from their mistakes, the elders patiently reformed society, slowly installing the technocracy we know today, though much more strict regarding social casts back then. Finally, most of their efforts and resources were dedicated to finding the source of power they felt so long ago. Research progressed extremely fast, as they had much more manpower than before the war. Morknars felt like they were about to grasp the truth but would soon have to learn their lesson the hard way: you do not rush the world into sharing secrets it is not ready to...   Most do not know what Elders really found or what really happened. What's known is that they had a major breakthrough in researching that power and were confident enough in their findings to start spreading the news throughout the whole country.   Yet, one fateful day around 240 years ago, something invisible swept through the country with unprecedented force. When it reached the capital, the old Spire of Science exploded. Black goo started leaking from all over the tower's ruins, killing and corrupting anyone it touched, spreading only slightly slower than someone walking. As most mages within the city died in the explosion, there was no one to stop it. The more it corrupted, the faster it spread.   In just a few months, most of Grishnak was deemed lost. The Dark Flood was born. 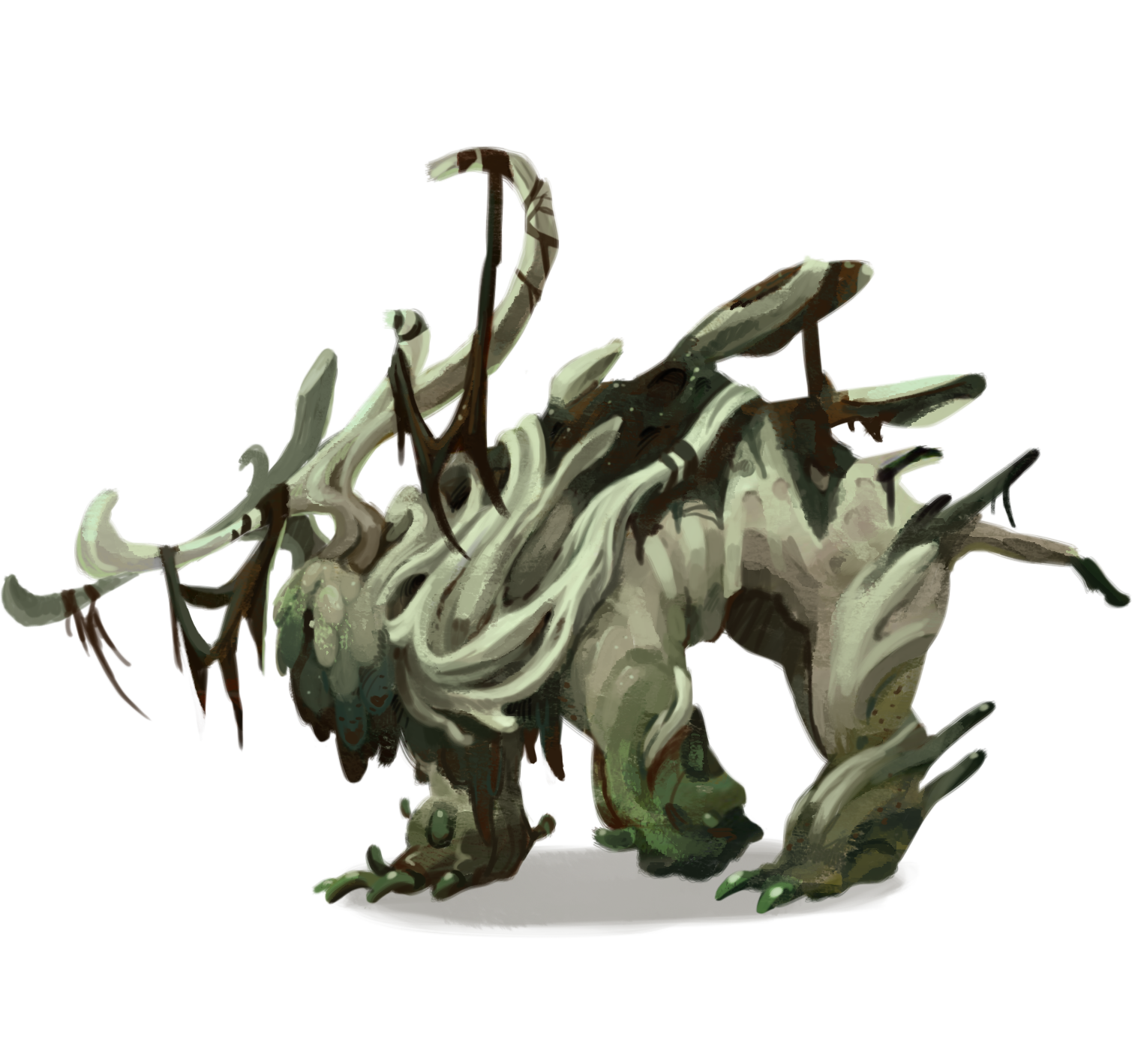 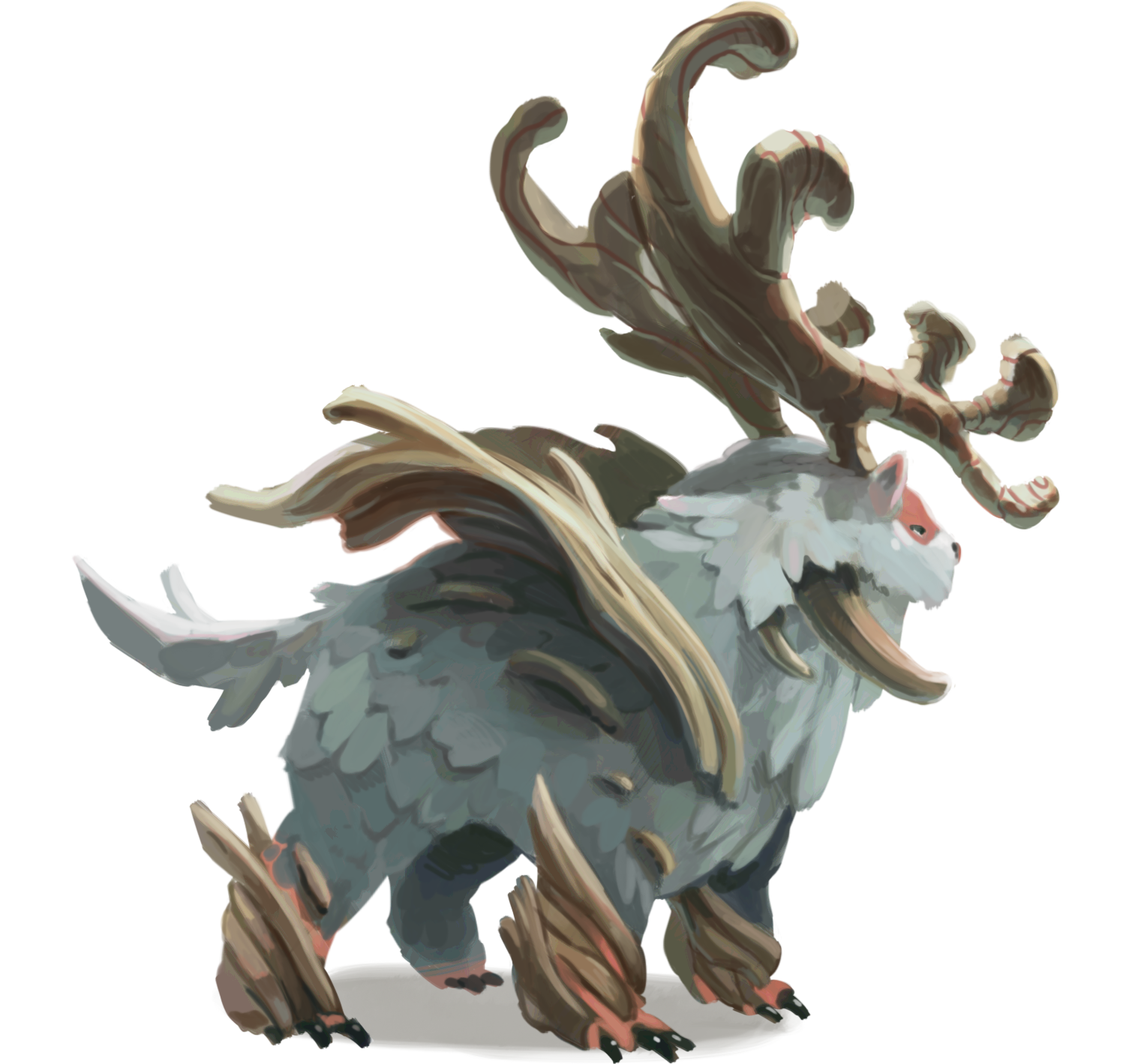 All the civilization was ordered to flee to the southern peninsula of Hope's end, where people barely had the time to raise a runic wall to block the flood's progression after discovering its weakness against saltwater. Countless lives and homes were lost in the sudden exile, and many people were now living in refugee camps all over the rural peninsula. As illnesses and famine raised, so did the unrest. Many high morknars were condemned, including the head of the Spire of that time. This period saw many reforms blurring the line between Lows and Highs, eventually leading to the current situation.   A few decades after the cataclysm, Humans discovered Grishnak, and many Morknars were sent overseas to find a better life and reduce overpopulation on what was left of their land.   After spending so much time studying and finding that force, Morknars were now doing everything they could to suppress it. They rebuilt their capital and started anew. The first Flood Divers eventually made their first dives, recovering what they could from corrupted areas and looking for a way to fight back.

Our lives rest at its border

A pile of useless junk for some, the accumulation of a lifetime of work for others.