Our lives rest at its border.

Day 1: We left by the runic wall. The tide tried to engulf itself within the breach immediately after we made it, jumping right at us when we got off bounds. The water bubble stopped it easily, as it should have, but Haral flinched. Feedback must've been painful.
My runic duty comes in two days, not looking forward to it.
— Tarak Fasq, Dive diary

Flood Divers are the heroes keeping Hope's end out of reach from the Dark Flood on Grishnak. Saluted for their bravery by most Morknars, they put their lives at risk during expeditions -dives- into the corrupted Grishnak.

The Dark Flood struck within a few days. Transcription runes helped to get the alert spread throughout some parts of the continent, but it couldn't prevent the panic movements that followed.   When everyone escaped to Hope's end, they had to leave some valuable items behind. Books, Runic equipment, jewels... many are the treasures who got swallowed by the flood.
The Spire of Science studies testimonies and sends squadrons to salvage anything of value from corrupted areas.

Another essential, yet less dangerous kind of missions Divers undertake is estimations. Squadrons are sent into contaminated areas to take samples and measure the intensity of the flood.   Depending on their results, a hunting mission might follow up. The Dark Flood did not just spread, it evolved. After consuming life, it learned how to mimic it. Floodspawns, mindless gooey silhouettes wander in corrupted zones, gathering around metastasizes. The longer these are left untouched, the fiercer their army gets.

The most significant danger to Hope's End is known as metastasizes. Morknars have yet to find out how they form, but they always appear around lost runes and take their properties. Metastasizes not only reinforce the surrounding flood, but it also gives it the rune's powers. Floodspawns, corrupted fauna, and even corrupted Morknars in the area are enhanced by the rune that was taken over.   Alongside estimation missions, Divers' main responsibility is to keep the flood under control by cleansing metastasizes before they grow too big to be handled. If too many were to from close to the Runic wall, even Hope's end might be compromised. 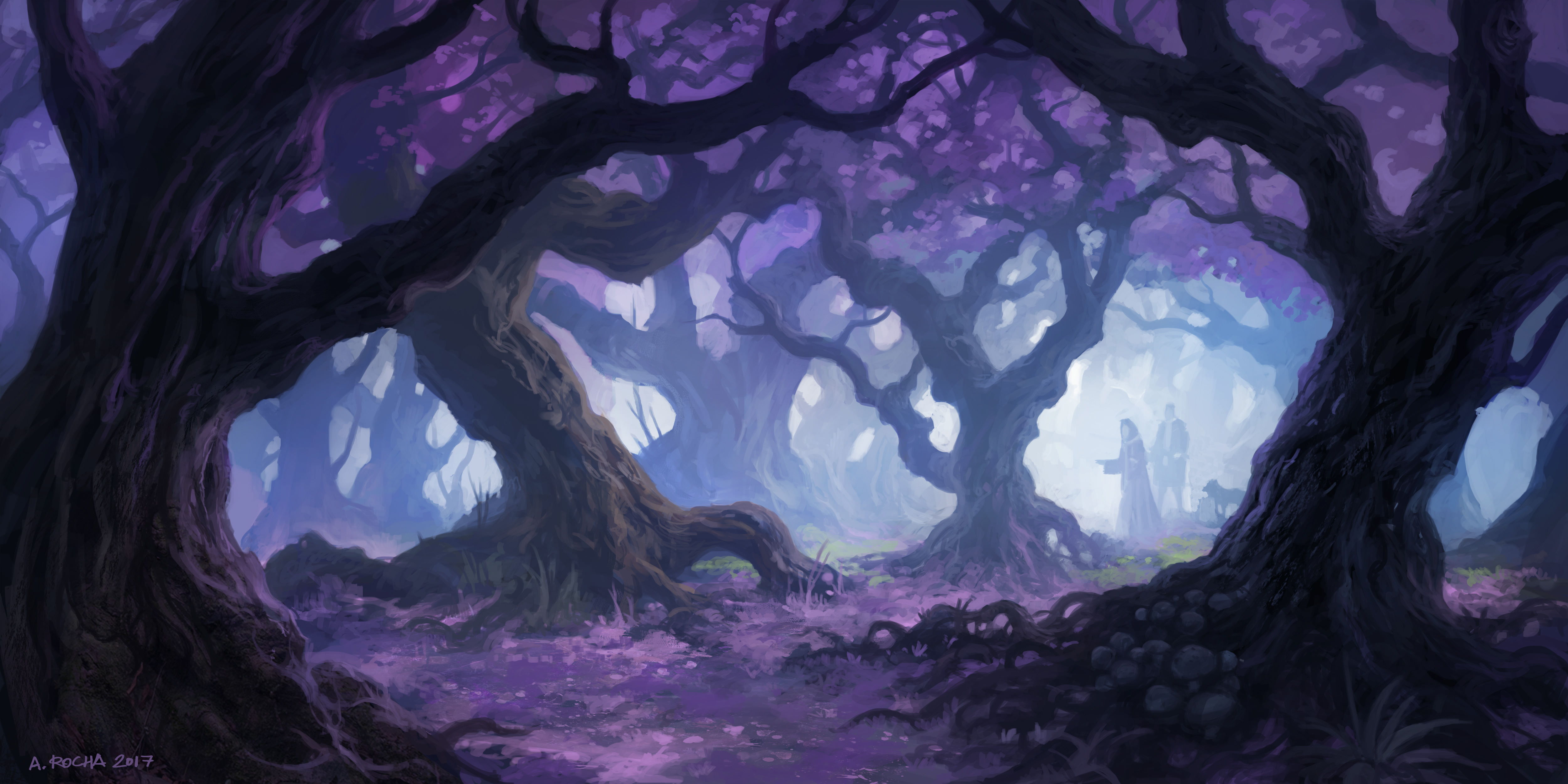 Divers are carefully selected by the Spire. Candidates are evaluated on their spiritual and physical strength, alongside their ability to wield magic. Since magic is a factor, Divers are mostly High Morknars, though some Lows are hired as bodyguards for their martial abilities.   Diving squads are large. They can be made of ten to thirty people, depending on how far into the corrupted Grishnak they are planning to go. A group of ten persons will generally have four Rune Bearers, five Vanguards, and one Sensor.

by Epic-Soldier
Key to the survival of the group, Rune bearers take turns wielding one of the water staffs given to the expedition. They create a large water bubble sheltering Divers from the attacks of the Flood, which dissolves when touching saltwater. The bubble must be active at all times to keep everyone safe, as the Flood continuously tries to get passed it. Bearers actively feel each hit draining their stamina: a magic phenomenon called Feedbacks.   Keeping runes active is a tiring process, which is the main reason why squads are so large. Each member can become the Rune bearer at any time, whenever the current one is feeling tired. This is called being on runic duty.   When fighting Floodspawns, two other crew members always stay within reach of the current bearer, so that they can quickly switch if they feel strained.

Day 3: I couldn't hold the staff for longer than 3 hours. This place is more than just corrupted. It's guarded. I've never seen Floodspawns being that intelligent before. They're trying to corner us.
Mission's aborted. We'll get a few samples and leave.

Vanguards are those keeping the group safe. They use traditional or runic long spears and longbows to fight off any Floodspawns wandering too close. Any Low Morknar in the group will usually be a Vanguard since they can use basic runes. Resting Runebearers can also be Vanguards, though larger squads tend to have defined guards whose energy is focused on keeping everyone protected.   When under attack, Vanguards' primary objective is to keep Floodspawns from hitting the water bubble. Any hit prevented is a large amount of stamina saved for the Bearer: something they can't afford to waste. As they are the ones keeping the borders of the bubble safe, they would be the first ones to succumb if it was to fall.   Getting hired as a Vanguard is one of the easiest ways to get into a Divers squad. Any good fighter trained to use runic weapons is heavily encouraged by the Spire to join. Each applicant has to go through a series of tests and exams to make sure they are a good fit. Once inside the corruption, every member of the group is a vital cog to its survival. One breakdown or one panic attack can sign the death warrant of the whole squad. 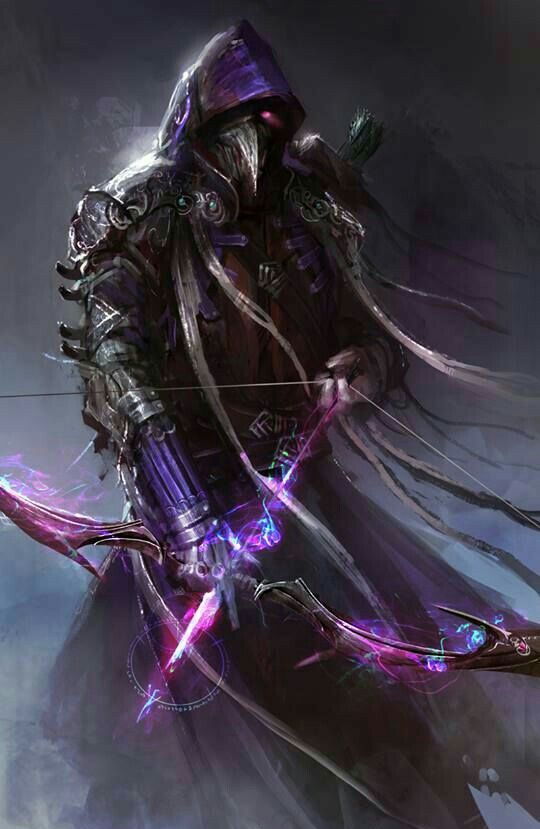 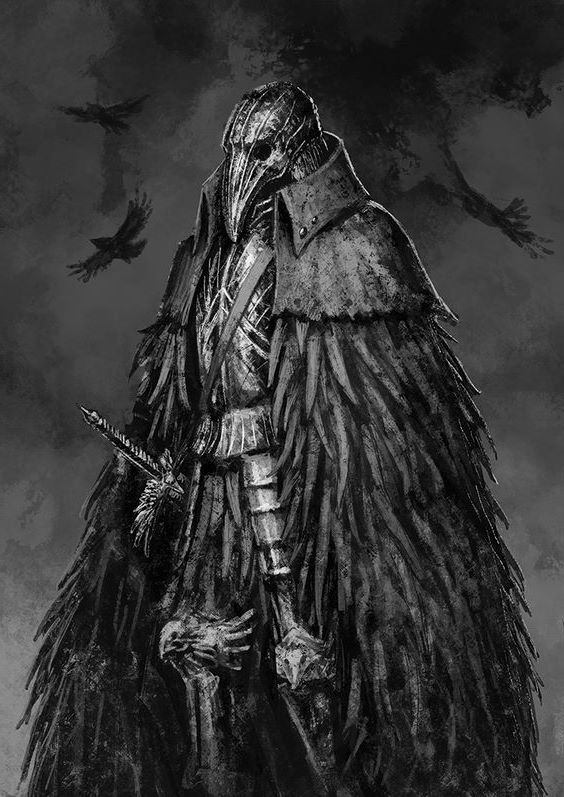 Sensors are the eyes of the group. They learned how to listen to the Flood's fury and to read through every one of its whispers. Working closely with the Bearer, they provide guidance upon which way to go and any incoming enemies.   Becoming a Sensor is by far one of the most challenging paths to take at the Spire. Not only teachers are lacking, but also the job itself is tough. It requires an in-depth affinity with the many Magic branches forming the Flood, something Morknars rarely have naturally. Students often give up after almost losing a finger or two during their experiments with the Flood, something everyone must go through to truly understand the spell.   Sensors are among the most respected High Morknars since they are the reason why the majority of Divers come back unharmed. Any graduating student gets a permanent home within the Spire, as long as they are still taking part in trimestrial dives.
Founding Date
47
Type
Military, Army Division
Parent Organization
Spire of Science
Location
Hope's end
Notable Members
Related Myths
One step off the bubble, and you're one of them. All it takes is just. one. step.
So you better stay close. 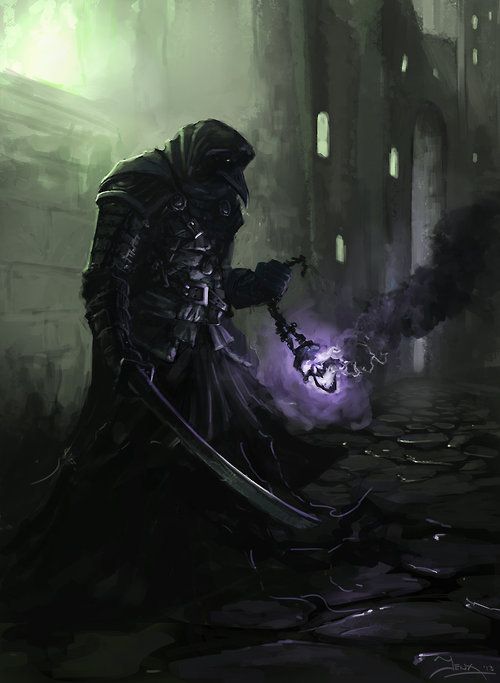 Robjenx
Day 2: Damn floodspawns learned how to throw rocks, it seems. They've been harassing us from afar for a good hour before we could catch up to them. I despise the way they look like a mix of us, wildlife, and plants. Always gives me chills.   I took a quick turn carrying the staff. Flood's way too intense over here. I fear that there might be more than one metastasis in this area.   Right now, I just hope that our commander won't be dumb enough to ask us to keep going if things end up more rough than they should.   We've seen what happens to "brave" squads. 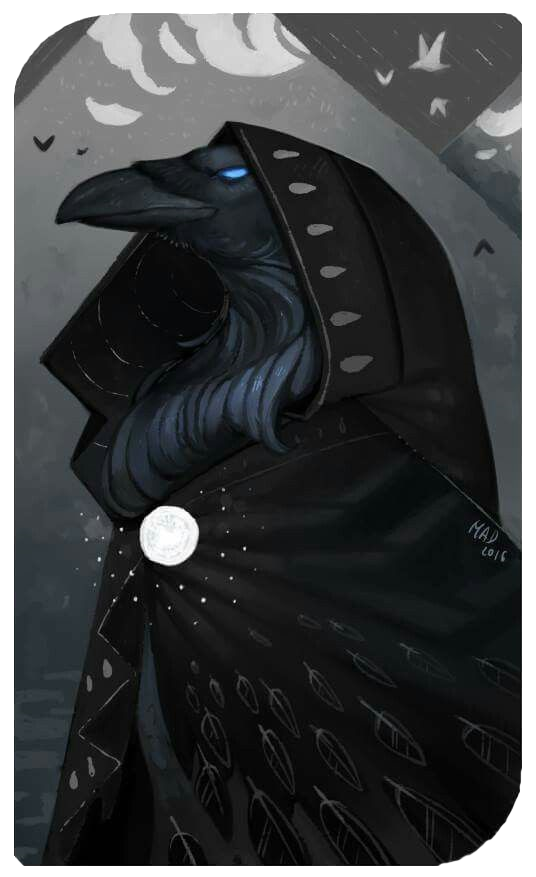 Day 5: I forgot I even had this thing. Last time I wrote, I said that they were trying to corner us. Well, they did. We spent one day trapped in a cave, taking attack after attack. Our last bearer fainted out of exhaustion at the end of their shift. At least, here, we know where they're coming from.   But we can't stay here any longer. If we do, we'll be starting to run low on supplies. We were supposed to be heading back yesterday.
Sensor say we should risk it and try to run back to safety tomorrow. They say we should be holding the staff together, so we can split the feedback. That's... I don't know if that's even possible, never heard of it.   I guess we don't have a choice. We'll go out tomorrow, keep the bubble as tiny as possible, and run. I have no idea if we will all make it out alive. I'm starting to think we might not. I think the others do as well, but nobody's talking about it.

Heart of the broken Empire


We ran, as Floodspawns rained onto us. Only a few were stopped by our Vanguards, before one of them got thrown out by something. It happened right in front of me: one of my comrades lifted using Manipulation magic, and thrown out of our bubble. The screams and the smell would have made me puke, but I kept going. We kept going. We did not even take a second to look at what happened to them, all we were focused on was surviving. We kept running, as we should have. They understood. I'm sure they did.   I don't know what, but something is alive, out there. Something capable of magic, and feeding on our expeditions to grow. That Vanguard's part of it now.   We need to stop it before it grows out of our reach. Before we can't stop it anymore. 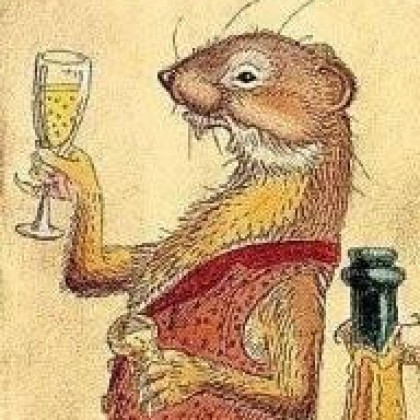 This gives sooooo much inspiration and so many things to write/play about! I absolutely love the adventurous and dangerous feeling that gets out of this article :D

The story you included here really brings the whole article together. And I have *chills*.

This. Was. Neat.   I have a flood in my setting, but you managed to get that creep factor up to 100. Great stuff! 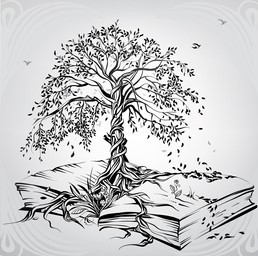 Definitely got chills from the idea of the Flood learning magic and the implications it arises. I love this idea of reading from the perspective of one of divers, it really brings the world to life! 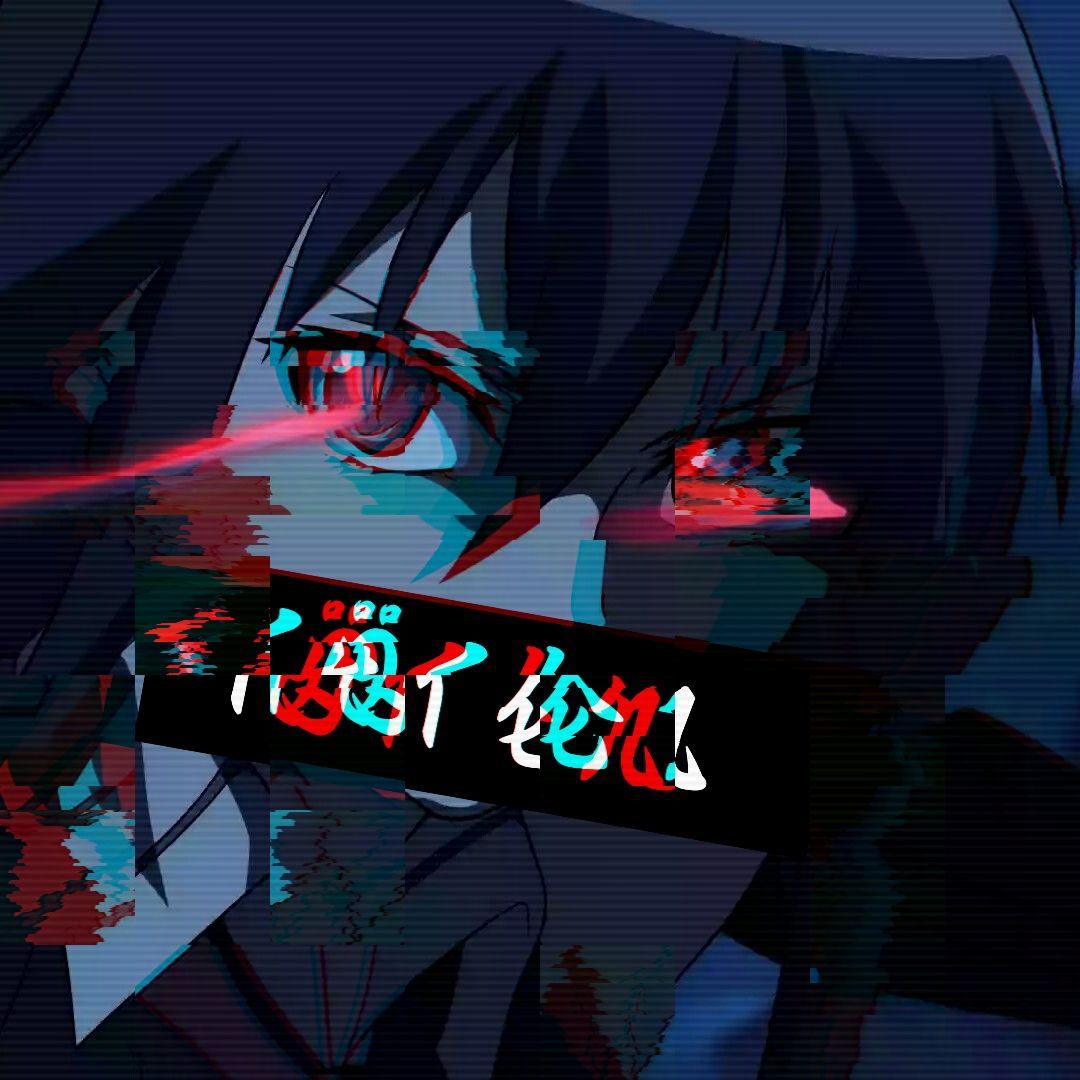 This is sounding amazing. Very inspirational.