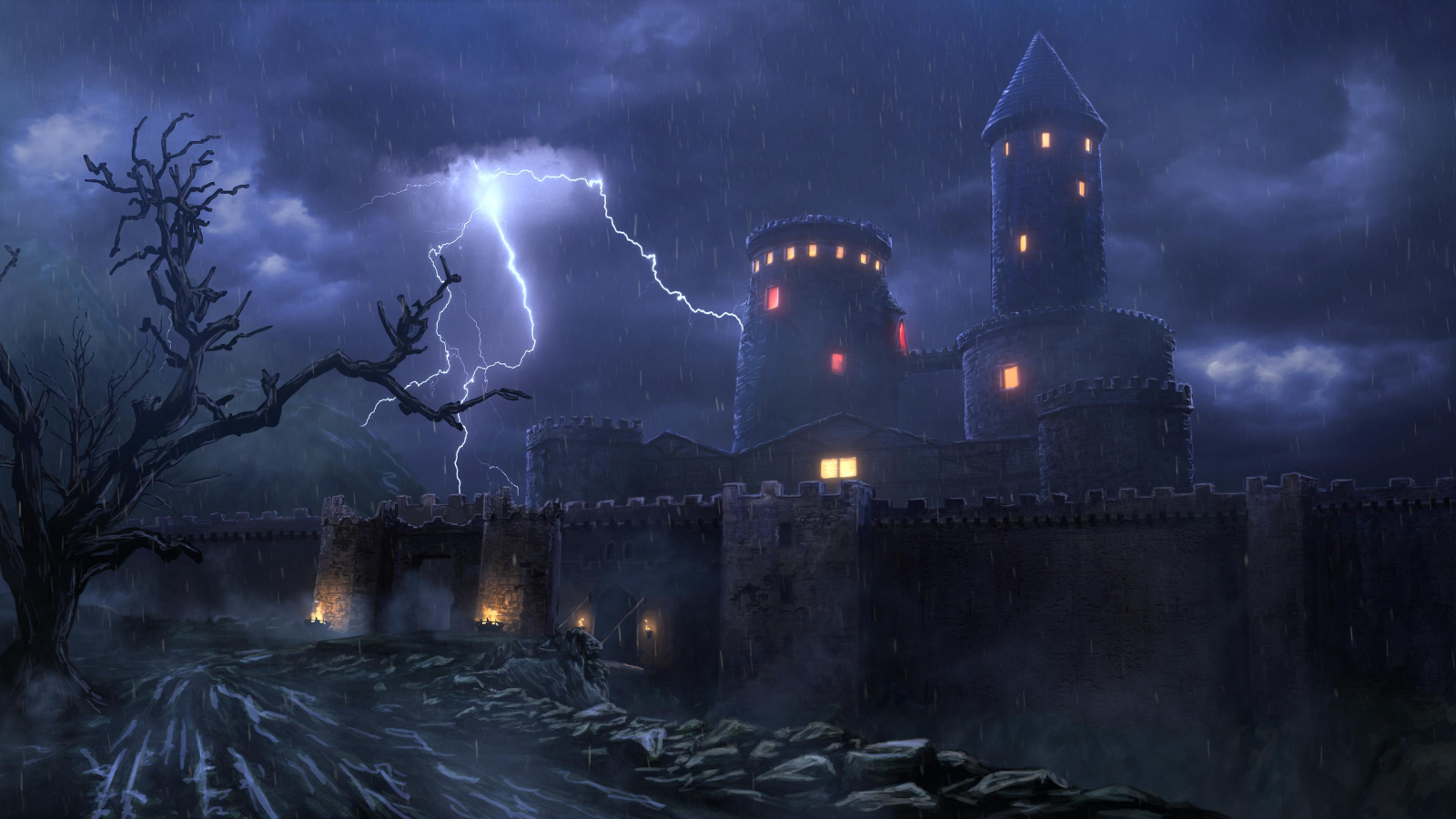 Castle Ravenloft was the ancestral home of the von Zarovich family. When Strahd rose as a vampire, he overtook Castle Ravenloft, establishing his dominion over Barovia. The Knights of Argynvostholt tried to combat Strahd and march on his castle, but were soundly defeated. Strahd has now ruled over Barovia for hundreds of years.

Castle Ravenloft stood on a large pillar of stone overlooking a vast ravine. Beneath the castle was a vast network of catacombs, home to important figures of Barovia's past. The castle proper included a cathedral, study, teleportation center, and various other chambers.

A Brief History of Ravenloft from a Commoner’s Perspective The vast majority of the history of these realms is unknown to most commoners, particularly if it has to do with lands beyond the one in which they live. Even much of the history of the lands in which its denizens live remains a mystery to them. This is more true in some domains than in others. And it will likely remain this way forever due to the fact the people of these realms, in general, care little for what has gone before, believing that such things are unimportant or worse, that delving into the past will reveal things better left in the dark. But to the occasional individual who does know a smattering of history about the Land of Mists, its history, in particular that of its Core, can be divided into eight different periods, all of which are dated according to the Calendar of Barovia, the first of the realms to appear: Pre-351: the Time Before – During the later part of the 350 years before Barovia emerged from the mists, legends say that there was another land beyond this world, also known as Barovia, where a man by the name of Count Strahd Van Zarovich led an army through decades of war to reclaim his ancestral homelands from a horde of barbarians, known as the Tergs, who had driven Strahd’s family out early in Strahd’s military career. After defeating the barbarians, he brought his family back and set them up in a castle which he renamed Castle Ravenloft in honor of his mother Ravena. The following year, Strahd’s younger brother, Sergei, was to be wed to a girl by the name of Tatyana at Castle Ravenloft. But on their wedding day, assassins struck and slaughtered all but a few of the wedding guests who barely managed to escape. This tragic event was the cause of a curse placed upon the land and as a result, Barovia and its people were suddenly swept away by the Mists where they have remained ever since. 351-469: A Private Hell – During this period, Barovia remained alone in the Mists and existed as a so-called “Island of Terror.” Little is known of this period other than the fact that early on, Strahd hunted down and killed the traitorous Leo Dilisnya, the man responsible for hiring the assassins that killed most of Strahd’s family. 470-546: Outlanders Arrive – These decades are noted for having the occasional appearance of outlanders, strangers from beyond the Mists. The most significant of these were the enigmatic tribes of Vistani, or gypsies, that seemed to have a special connection to the Mists. It was also during this period when the Cult of the Morninglord first emerged in Barovia. 547-587: The Expanding Stain – After nearly two centuries of isolation, Barovia was finally joined by new domains. This period is marked by the sudden appearance of other lands both in the Core and as Islands of Terror, a trend that has continued to this day. 588-699: Scourge and Expansion – The fourth century closed with an event of horrendous devastation when in the spring of 588, a massive and violent sandstorm suddenly roiled to life in Arak’s mountain passes (now a part of southwestern Darkon). By the time the storm died out, all surface life in Arak had been destroyed. The storm altered Arak’s landscape, transplanting Mount Lament miles to the west to form the domain of Keening. Both of these desolate regions were deemed cursed and have been shunned by sensible travelers ever since. The century following the Scourge of Arak was marked by explosive growth in the number of domains that appeared. 700-734: Dead Man’s Campaign – Half a dozen new domains appeared during this period including Dementlieu, which would rapidly become the hub of northwestern culture. But the events that defined the era more than any other were the Dead Man’s Campaign. Until Vlad Drakov, the ruler of Falkovnia, appeared, open warfare had been unknown in the Land of the Mists. As the sixth century began, however, Drakov drove his army into Darkon no fewer than four times. Every invasion ended in crushing failure as an undead army rose up and effortlessly decimated the Falkovnian ranks. Attempts made by Drakov to invade other neighboring lands also met with no success, and it was due to the many thousands of Falkovnian lives lost that the campaign was given its name. 735-740: the Grand Conjunction – According to most accounts, the Vistani seer Hyskosa first recorded his prophecy predicting a cataclysmic “Grand Conjunction” in the year 735 (A conjunction is when the Mists make a connection to other worlds and thereby draw various people and creatures into the Realms of Dread.). Over the course of the next five years, one of the six predictions in Hyskosa’s Hexad came true, one every year until in the year 740, when the final two predictions came true. However, the order of the final two predictions did not fall in the proper sequence leaving the Grand Conjunction in a weakened state. On the 31st of October of that year, the Grand Conjunction took place, sending all of the realms in the Land of the Mists back to their original homeworlds, an event that surely would have meant doom to these worlds had it lasted. As it was however, the Grand Conjunction lasted no more than four days due to the efforts of a band of adventurers known as the Wanderers, who, thanks in part to the weakened state of the Grand Conjunction, were able to reverse it, sending all of the domains and their denizens back into the Land of Mists. However, when the various domains of Ravenloft reemerged to form the Core, the positioning of some were altered while others did not reemerge at all (so far as is known anyway). Due to this fact, this event is now also known as the Great Upheaval.
Alternative Name(s)
Castle Ravenloft
Type
Citadel
Characters in Location