Werewolf or Vampire, the Fangfinder RPG is built to make a World of Darkness character you want to play. When you create your character, you follow a few pretty simple steps:

You start by creating your character’s concept. Come up with a short, two to three word description of your character. This could include some career, like in “Ambitious Author”. Then you should select your faction. While for mortals this may be a company or political party, for the supernatural this is more important.

Attributes are the innate potential of your character. They are divided into three categories, physical, mental and social. Prioritise the categories and assign the points (20/16/12) within that category. Remember that you gain 8 points per attribute for free.

Apply the Attribute changes based on your choice of faction from step one.

No Attribute can have a score higher than 18 at this point.

Calculate your Attribute modifiers by subtracting 10 from your total attribute and divide the remaining points by two.

Like attributes, your skills are divided into three categories. They reflect what your character has learned so far. Prioritise your categories and assign your skill points (11/7/4) to the skills. You will get no free points here, and no skill can be of a higher rank than three at this point.

Your focus reflects the major field of interest of your character before the chronicle began. It grants you a certain number of focus skills (Class Skills), your first Base Attack Bonus, and several other features. Keep in mind that you focus can’t change!

If you are playing a supernatural character, there are other changes to make. Which exactly these are, you can see in the respective article.

Determine your Advantages and fill them into your character sheet.

Most of these Advantages can’t be increased with experience, but they will increase when you improve their parent stats. 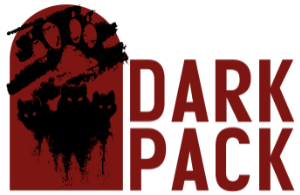 Dark Pack Logo by Paradox Interactive
Portions of the materials are the copyrights and trademarks of Paradox Interactive AB, and are used with permission. All rights reserved. For more information please visit worldofdarkness.com.
This Web site is not affiliated with, endorsed or sponsored by Paradox, Onyx Path, or any other company. IP under the ownership of these companies is used under the respective fan-license.
Original content, characters and stories are
© 2020 - Susanne Lamprecht

In order to create more experienced characters, the DM can award a certain number of experience points before the game starts.

How many experience points depends on what kind of supernatural being will be played. The exact details are noted in the respective templates.

For mortal characters and Hunters:

You have to buy each rank separately. So if you want to increase a skill from rank 3 to rank 5, you have to buy rank 4 and rank 5 at the respective cost.

The costs to improve abilities derived from your supernatural template are described there.