Geralt's wall is a defensive struckture along the border between the empire of Dercia and the Principality of Clifia, the wall is around 310 kilometers long and is defended by 2 full legions.

After the "War of Western expansion" the Empire of Dercia began to build a wall along the border to Clifia, to prevent another army in crossing the border again.

After the war, the first version of the wall was made of wood and dirt, the reason was that Dercia didnt know if Clifia was using the peace as a mean to raise a new army to attack again so the wall needed to be raised fast, but in the following decades the wall was transformed into a 10 meter tall wall with watchtowers every 100 meters and small garrisons every 1 kilometer. 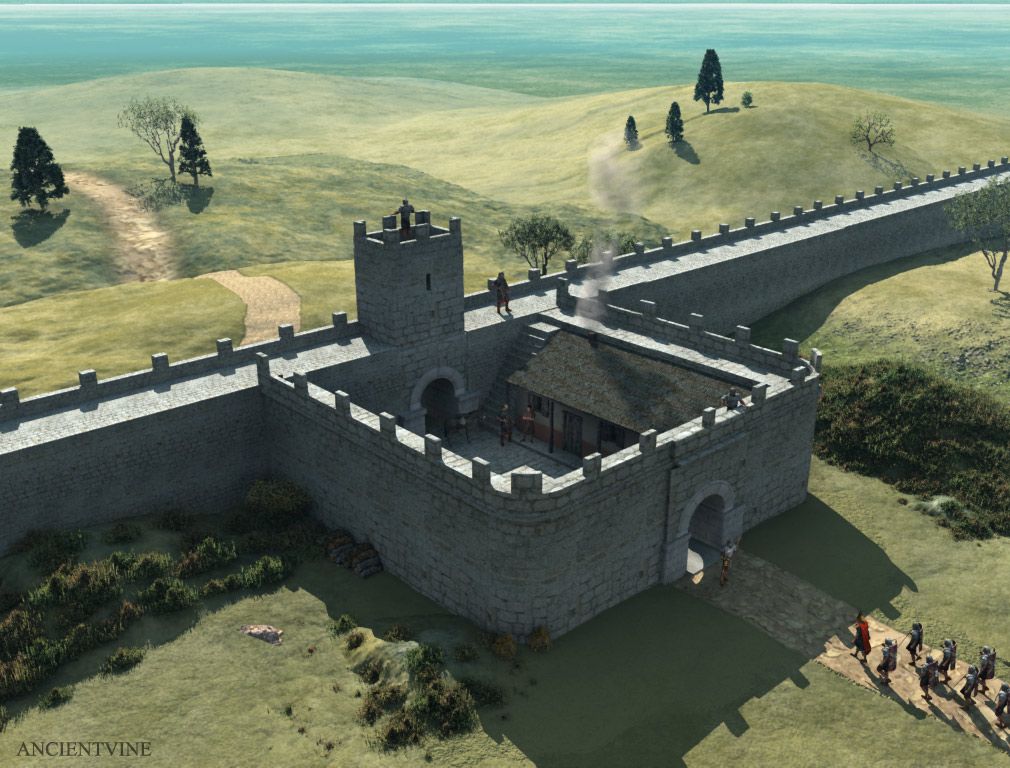 The first versions of the wall was made out of wood and dirt, but the latest version of the wall is made out of large blocks of stone.   Every 100 meters there is a black stone placed in the the wall, the stones are emitting a anti-magic field that covers the wall and protects it from magic attacks from Clifia.

First build as a mean to stop or at least slow down invading armies, in the later years it have become a symbol of the royal families will to defend their people because since it was build and even during the construction at least one member of the royal family have been present and served some time at the wall.  during its time there have been a few assaults on the wall but none have ever been serious and is mostly believed to have been a test by Clifia to see if the empire was still able to protect such a structure.