Den'gi is a game most often found in the Nation of Thul, although it has been seen in different forms and variations throughout Insennis over the years as people travel to and from the Region of Acre. Its name is derived from a local Estati word. However, Den'gi was initially conceived in Thul out of a need for entertainment and a want of competition due to the harsh regulations enforced upon Thul by the Influence of Yidul, the religion of Veera, holding Acre in its grip. It is most commonly used as a form of illegal gambling, due to its fast paced nature and ability to easily hide/discard in an instance where the players may get caught.

Den'gi originates from an unknown source around 2E240, after the Nation of Thul had established it's dominance over Acre and began to enact its laws and harsh punishments upon the land. In such rulings, the ability to access entertainment and competition among one another was strictly regulated and prohibited by the Church. The locals began to crumble under the pressure while still coming up with a way engage one another in competition. This fast-paced game had begun to draw a crowd and it soon began to appear all over the territory en masse.

As with most games and competitions, the people soon began to gamble on the outcomes, both players and spectators alike. It was undocumented revenue flowing within Acre and the Nation did not take to it kindly. They began launching raids and releasing arrest warrants, coaxing the public to turn in people who partake for small rewards. Families were destroyed. The game vanished seemingly overnight...

...but it persisted, went underground and survived.

The game consists of two rows and four columns, with point values of 1 & 2 assigned in an alternating pattern, an example can be found below. The game can be played with 2-4 players.
The board of the game is placed on the floor, and players stand back about 10 paces from the board, marking a foul line that cannot be crossed. If crossed, the toss is considered a fail and the wager added to the 'pot'/gameboard. Then they toss their wagers(small coins and pocket change) at the board, calling their shots as they do so, in turns. When the coin lands and stops sliding, if it is in the square the tosser called, then the tosser wins the board, taking all the coins from previous failed tosses as their reward. This allows for great variations of colors, shapes and patterns used for the game board while allowing for the rules to stay relatively uniform in nature. After each player has taken a turn tossing, the 'round' is over and any wagers made on the round is dealt with accordingly.

Often times players and spectators will take bets on what square or section of the game board the piece will land on, resulting in many variations of the board with varying images, layouts and point scales. Bets between players are typically made on a per-game basis before the first round begins while they make smaller wagers on the side on a per-toss basis, calling where the spot will land and claiming their wager. Spectators are known to gamble on the outcomes of the games on a game, round and per-toss basis as well as doing variations of calling where they think the objects will land.
Many variations and formats exist throughout Thul, and a lot of popular spots have their own unique house rules, patterns or shapes on the boards, this is only the game at it's most basic rule-set.

A game board of at least 2x4 grid and pocket change/coins or money.

This is a game kids played in my school growing up. The floors were speckled with various colors and patterns, and we bounced coins in lunch. Who ever called their shot won the rest of the coins on the ground after a round.
— -Gerrit 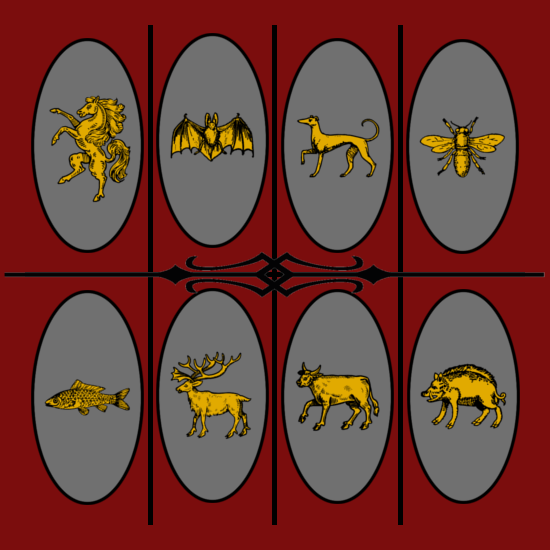 A more ornate Den'gi board, typically disquised as wall art in bars and inns. Colors and symbols often vary. 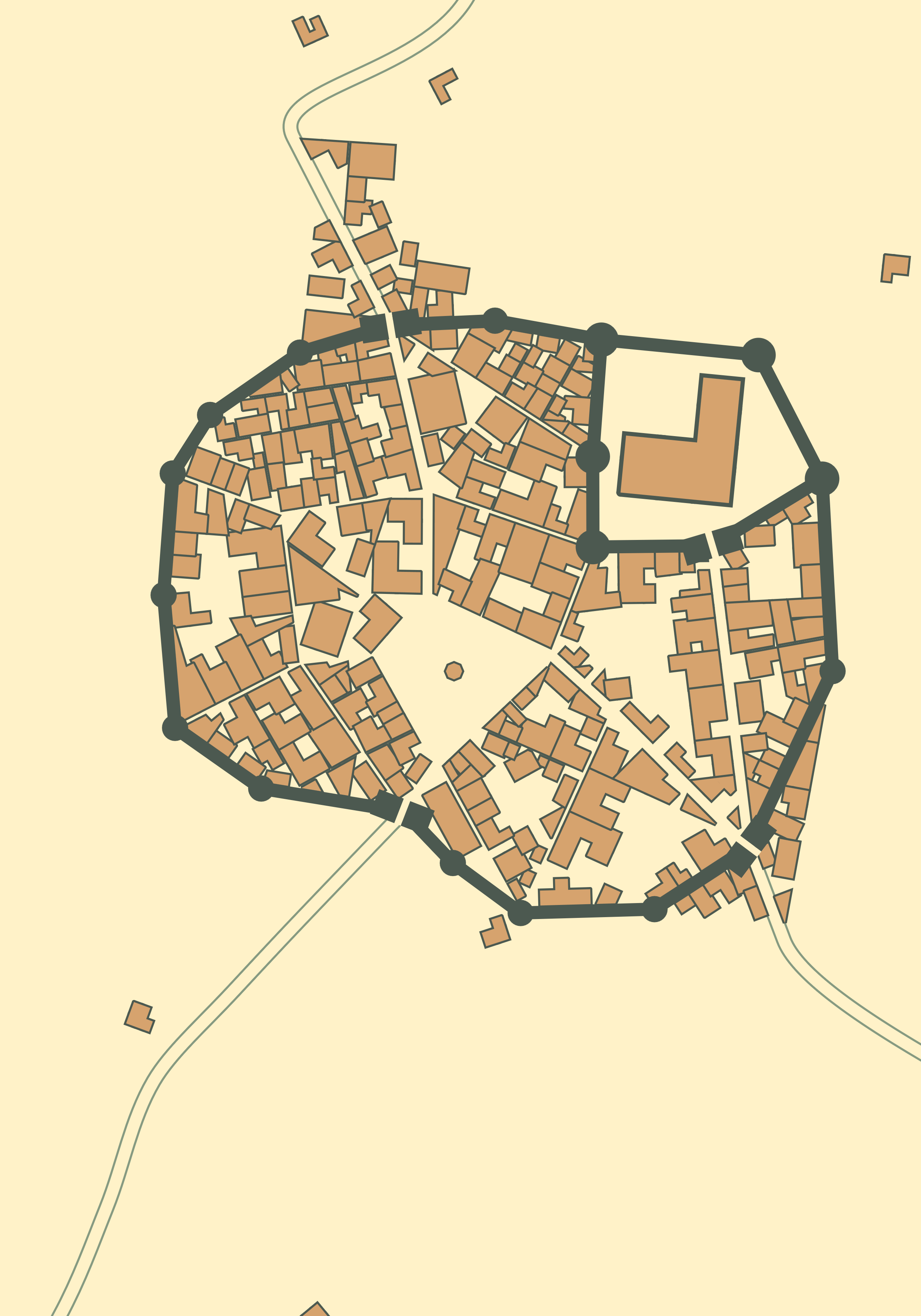 Den'gi has a large player-base in Bliss. Due to being so far removed from the rest of the Nation of Thul and it's complicated local politics, games can often be found played in public, although still tucked away in alleys and semi-hidden away. 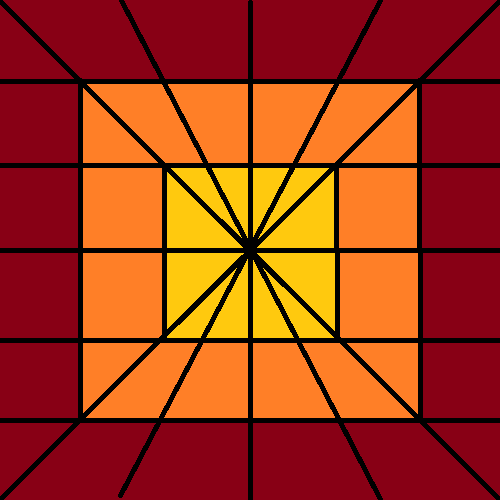 Another, more vibrant example of a Den'gi game board. Variants such as this are more common in underground clubs that cater to gamblers and seek to turn profits by hosting these illegal events. Dice are a common addition as objects used for tossing, both using their functionality for added complexity and not.

A solid article, and an interesting game. Similar to Bean Bag Tic-Tac-Toe in my mind. Especially love the two variations of the board.

That was the basic gist of it! Allows for a lot of variations and complexity, or it can just be a super simple one-and-done kind of thing! Was trying to go for ease-of-entry with it.