They work with Metals and Gemstones.

Metallurgists is an umbrella term for all individuals who have been properly trained and educated in the art of Metallurgy and Commands. They are capable of altering inorganic materials density and imbue them with elemental forces by changing the alignment and position of Chakras.
— Excerpt from Mage Professions.

"While it might appear strange that those working with this profession and art are usually called Metallurgy, since some work with gemstones and other mineral materials, there is a reason for it. You see, at the beginning of civilization, those who had the capability to do what we do, experimented with metals first and foremost: silver and bronze to be more specific, though the mystical Kianje has always been preferable.   One explanation for that might be the study of several Divine Artifacts that the Angels of old received from the Divines. The art of Metallurgy and Command is believed to be copied from what scholars and such as us have managed to uncover.
— Sam Nilsson, explaining his profession to his daughter.

Most Metallurgists work with metals or crystals. Precious metals and gemstones have been noted to be the easiest to work with. Silver and diamonds are particularly sought after as there is something about their metaphysical structure that makes them easier to Etch Commands onto.
— Excerpt from Mage Professions.

"What exactly happens when we Command the materials? There are a few theories, but I think I will explain the most accepted today. Each and every being and object in existence carries within themself Chakras. Some call these Soul Alignments. Those like me are capable of slightly alter their positions and ... alignment with the help of Commands. Each metaphysical change brings forth a physical one, to one degree or another.   Now, these Chakras do not want to be changed and given enough time they will turn back to normal. This is why one utilizes Etch Commands, or Marks as they are also called.
— Sam Nilsson, explaining his profession to his daughter.

Commands are an audible branch of magic that carries forth physcial intense power. There are those who wonders if Metallurgy has a connection to the Power, similar to Pandaren or Gnomes.
— Excerpt from Mage Professions.

Some Commands can do well by just the utterance of one word at a time, while others work better by Singing. It all depends on the work and how experienced the Metallurgist is. It has been noted that Singing the Commands usually makes for better effect, especially if they are sung with strong emotion.
— Excerpt from Mage Professions. 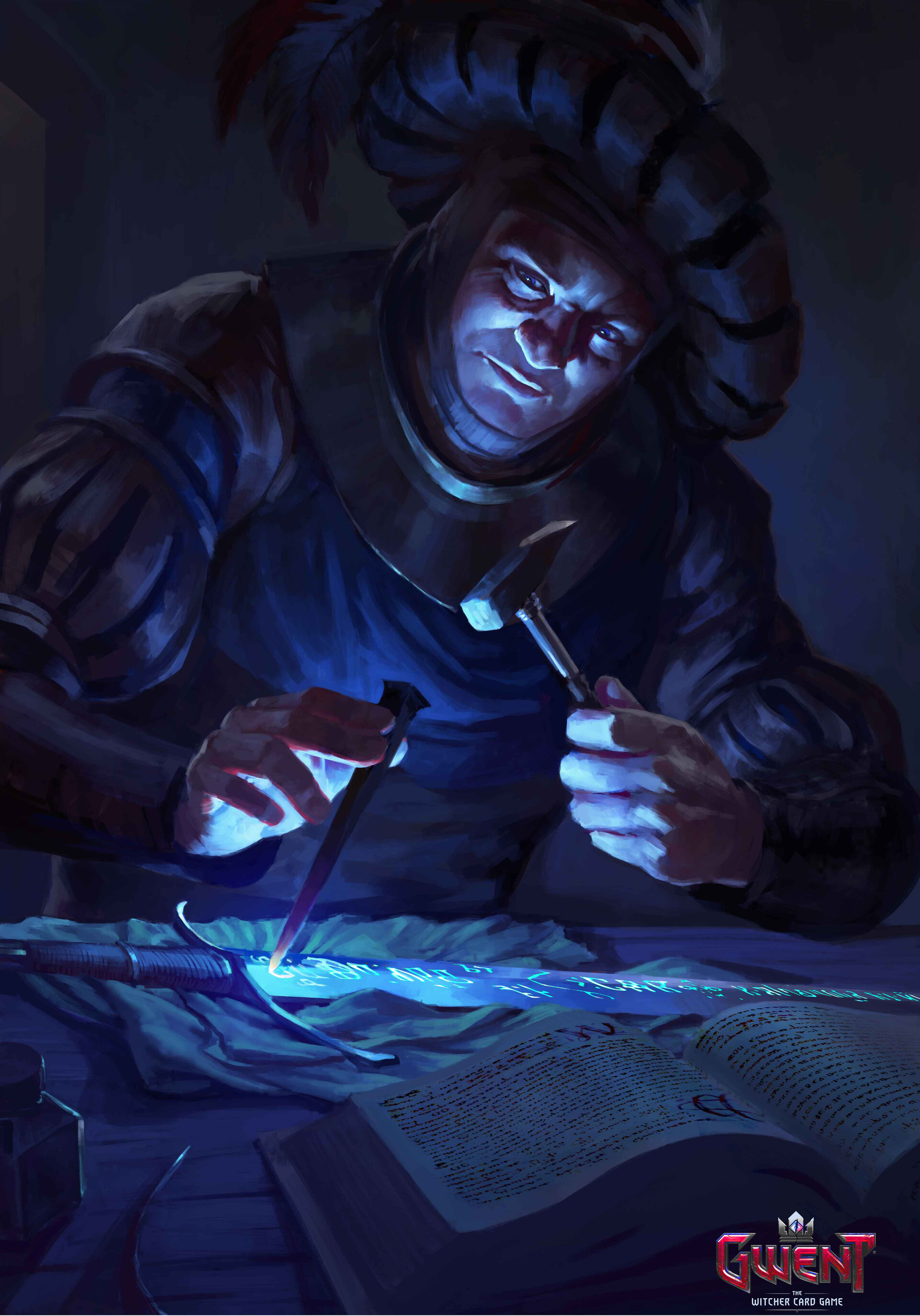 Myndsál is an audible branch magic that utilizes Commands and Tunes that carries forth intense physical and metaphysical power.

Tweet
Join Miand'Mésvéstell Chronicles Discord!
All rights reserved unless stated otherwise.
All images are the property of their respective owners.
Cover image: Celebrimbor's Smithy by christinakraus