Talented sailor and a savvy businessman, Eirvin Weldrith is an Islenorian High Elf, and captain of a merchant ship Egret. He spent most of his time sailing around Mirror's Deep and the Scar Coast, and has had multiple adventures in Huon dao isles and north Thandar.

On land, Eirvin is the life partner of Daerieth Phinlynn, Sister Robin among the Sisters of Golden Lyra, as he takes a break from travel in their lovely fruit gardens in Gyraslath.

In game, Eirvin is father of Veralthas Venramoir. He has taught his son the love sea and travelling, as well as how to handle ships and boats.

Eirvin was born in 4th of Maral, 3645 AoS, at the south coasts of Empire of Islenor. He lived alone with his mother, becoming infactuated with the sea in a very early age. She did try few different trades before starting to seriously consider the life a sailor. His first trips in the sea were short trips to Freynia, but those solified his yearning to see more of the world, and eventually even woke his desire to have ship of his own.

Unfortunately, Eirvin knows very little of his family besides his mother, however his found family has pretty much made the need of bloodrelations less important for him. He has a lifepartner in Daerieth Phinlynn, and the two have one son, Veralthas. 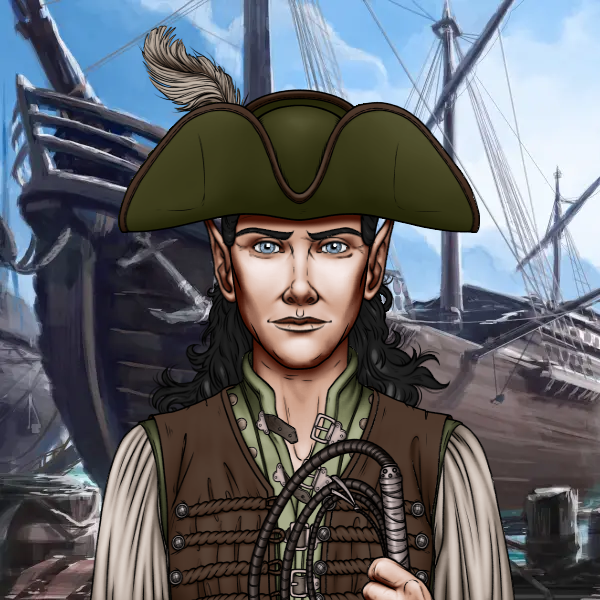