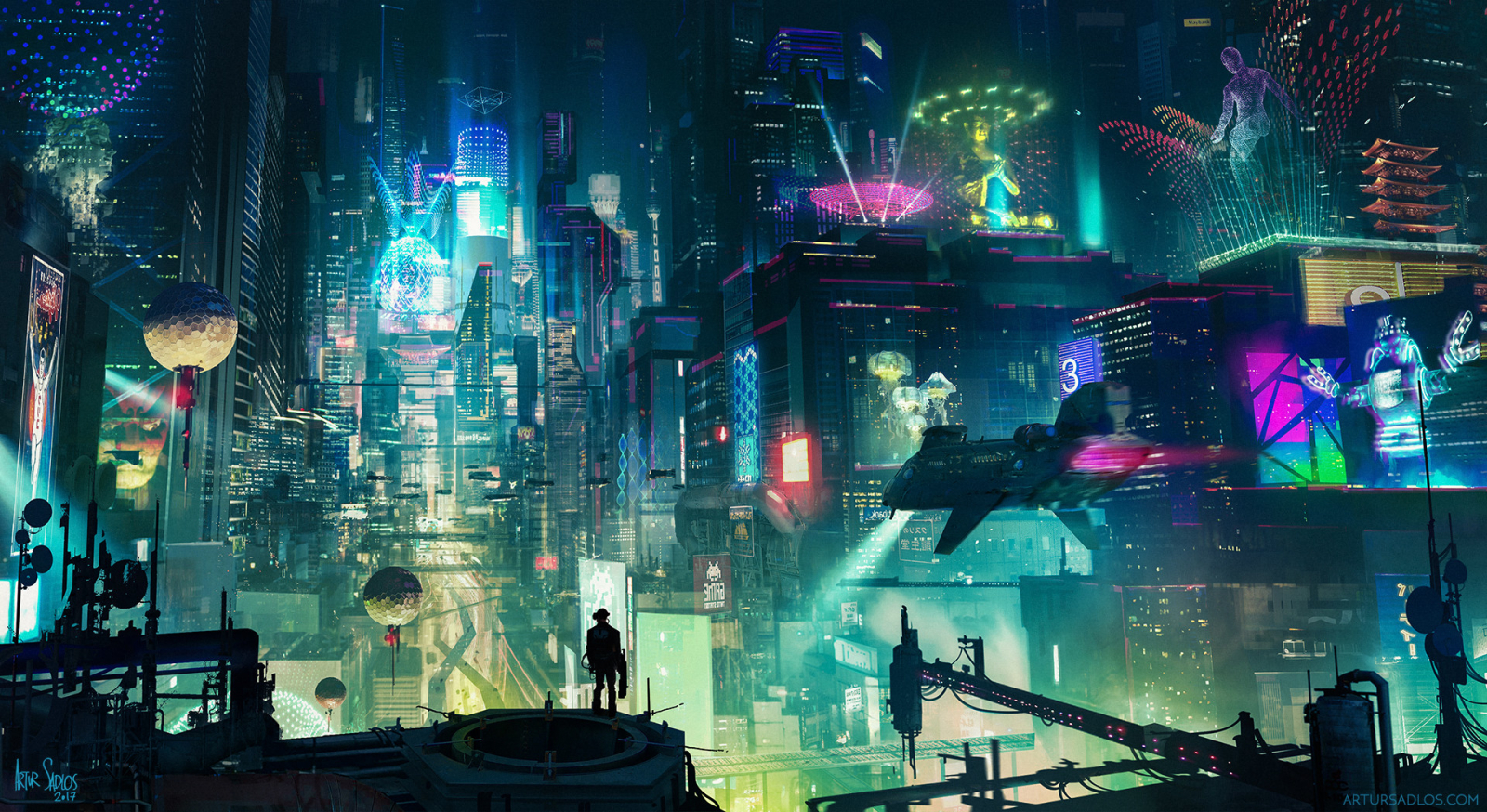 When it comes to your best friend, leave nothing to chance.
— Best Friends Forge Ad

With all the advances in genetic manipulation, mankind are able to create life to suit their needs at a level greater tha never before, and the Best Friends Forge uses to sell designer pets to citizens across Megacorpolis. For the right price, anyone can get exactly the pet they've always wanted, no matter how crazy and delusional that dream might've seemed at some point. From dogs and cats to Cybiders and Raffleraptors, the Best Friend Forge can make sure that there is someone for everyone.

Best Friends At A Bargain

Who's a good boy? Every one you buy from the Forge!
— Best Friends Forge Ad

The Forge sells pets of every stripe and kind, grown in great vat-factories and to order. Every single kind of animal in earth's history can be found here, and a number that has never been. Everything is possible with the right amount of genetic tweaking and cosmetic surgery, limited only by a few laws of nature and the wallet of the customer. In general, the Forge's business can be divided into three; tailored pets, designer pets, and special orders. Each one increases in both cost and... Creativity.

On the low scale of complexity (and insanity), tailored pets are any normal creature that anyone care to own as a pet but better. The Best Friends Forge tweak the embryo, screening away genetic faults and hereditary diseases, clearing away anything that might impact a sale. Even behavior is altered, ensuring a friendly, happy little puppy to take home to the kids. From there, a vast list of tweaks and prices roll out, allowing customers to customize their new friend to exacting standards, from fur color to treat preference. It is reasonably innocent, but has allowed humanity to expand what constitutes a "pet".

by Johny Mnemonic (with slight alterations)
With just a few behavioral tweaks, anything can be turned into a big old fuzzy lovebug, from alligators to tigers to dinosaurs. Sure, the tweaks don't always take hold quite right and every now and then, a pet that seemed completely under its genetic bondage slips the cage to maul someone, but all in all, anything can be enslaved by genetics, now.   Even extinct animals can be brought back - or so the BFF claim. With all the cosmetic surgery, nobody can tell the difference.
Tailored Pets make up for the bulk of the BFF's sales, giving them a steady income by selling pets people generally won't feel so weird about owning. Every year and every trend later, though, more and more people look at the next part of the pricesheet and go for it.

We only want whats best for our best friends, isn't that right?

A step past tailored pets, Designer Pets are designed from scratch with any number of unusual traits that the owner might want. The difference isn't that great when it comes down to the science of it, but it's a great away for the BFF to inflate value and hike up prices, and so they have. Designer Pets tend towards the more extreme physical or behavioral alterations, like bioluminscence, extra limbs, cartoonish proportions, and more. It isn't quite as bad as it gets in the next price range, but the animals that come out of the design department often look like nothing in the natural world.

by Johny Mnemonic
When genetics fail to do the job, the BFF use surgery and cybernetics to make sure the animal look and act the part they were sold, tacking the extra cost onto the consumer in the end.

Everybody loves dragons. Orders yours today! Terms and conditions apply.

At the highest price point, all semblence of pretending to care about the laws of nature are thrown out the window. Here, the BFF create things that have never been and probably should never be, relying even more heavily on surgery after birth to make sure they look just right. In the Specials is where you find things like a pet Xenomorph named Cuddles, or Dragons (for extra, with a fire breath!), or a recreation of your favorite alien in whatever cartoon is popular at the time. The genetics here are significantly more complicated than the above; while tailored and even designer pets can be streamlined and mass produced, every Special pet is a hand-crafted masterpiece... And that's the line they use to charge for it.   Generally, only the wealthy and the deranged venture here, with some significant overlap in that particular customer venn diagram.

Sometimes, nature fights back. When Genetechnicians try to either heap too many alterations onto one single living being, or someone was asleep at the job, genetic instability is the result. The most common reason is when alterations to the same genes clash, creating a sort of genetic friction that leads to all kinds of unexpected defects. Nothing is sadder than an adorable puppy with cancer, but BFF uses those unfortunate rejects either for ads or sell them to any number of other corporations as experimental test subjects.   And no, you can't get your money back if your designer pet turned into some devolved monstrosity. You signed that EULA, just like everyone else.

And, of course, the same EULA prevents you from warning anyone else about it. Wouldn't want your flappy mouth to impact sales, now would we?

Some animals are particularly popular or easy to produce, and are staples of the BFF's price sheets. Dogs, always a good boy whose a good boy, always sell and especially when the customer knows they'll be just the way they wanted. Cats continue their secretive domination of humanity by being sold in bulk, and aren't even always altered that much. Humans seem to like them the way they are, but tweaked so they come disease free and without inconveniences.   The same goes for some designer pets. Bioluminscence jelly-fish were all the rage among wealthy establishments for a while, designed to flash in alternating colors every now and then as they float around.

All in all, one of the great motivators for the genetic improvement of pets is laziness.   Many tweaks are just what they call quality-of-life that does nothing for the animal, but might make them less of a hassle to maintain for the owner.

BFF got their start during the Dinosaur frenzy of the early 2070's, when everyone collectively decided that they wanted dinosaurs on everything. From lunch boxes to videogames, the leap to real live ones wasn't that great, no matter what Jurassic Park might've told you of the risks.   Best Friends Forge started as Dinosaurrific Inc and specialized mainly in providing reconstructed dinosaur (or dinosaur-looking) creatures for themepark, TV shows, birthday parties, and so on. Eventually, the dinosaur craze fizzled out and as Megacorpolis nursed a collective dino-hangover, the corporation quietly changed its name and branched out into the mainstream market for pets.

Why not have a songbird that actually sings? Why not make it heavy metal? Or a rapping raptor! The possibilities, unlike the average citizen's budget, are endless.

The Best Friends Forge are doing well for themselves. As humanity becomes ever more disconnected from one another, united more by what brands they favor than geniune empathy, pets fill that gap more than ever. It is a point that comes up often in the BFF's marketing campaigns, and the comforts of a friend genetically incapable of letting you down. Friends and children are in the way of a career, but that doggo is the bestest boy and will always wait for you to come home, no matter how many hours of overtime you're stuck with.   BFF is a major corp and well below the treshold of wealth and influence required to bump them up to Mega status. As they encroach on the market of Genesis Inc, one of the heavy hitters of the Megacorp Council with a similar portfolio, it's likely they'll stay there. Even so, the Forge is starting to explore different aspects of genetic manipulation, but carefully. While the business for genetic self-improvement and bio-organic weapons have great margains, the last thing they need is to make another Megacorp angry.

This feels like a cyberpunk dystopian Build a Bear! Another great article Q, I never tire of reading what you come up with for this setting :)

Great Java, it IS Build a Bear with possible disastrous... er... I mean Fantastic Marketing opportunities!

Its a plush shop where you get to build your own teddy bear (although its not just bears)! You choose what animal they are, how stuffed you want them to be, how you want to dress them, and you can even put a voice box in them with a recorded message.

I think I need one of those in my life :D

I reach for my wallet with a shaky hand, a drop of sweat falling from the temple, as my eyes shift back and forth from fluffy smol velociraptor that makes baby crocodile sounds to the angry customer with a mauled arm shouting to the employees as she is forcefully being carried away from sight.

*Floofy dinosaurs on sale, get two for 25% off, the ads blare*

I love how this fills the very feeble balance between the guilty pleasure of imagining wondrous creatures and committing unethical acts. Everything I've seen from you you knock it out of the park.   I'm precisely scouting articles to see how people write and I may have a great deal to learn from you. I like the way the article is clearly divided into these three parts and how that division works really well in this case, leading straight to the most interesting things the business has to offer. I also appreciate that you have these segments of humor, but without coming out as transcripted verbal explanations. I have to learn to play looser with the blueprints and come up with better sections. A really nice article.   PD: I had to look up the java thing because I hadn't read about it. I supposed that it was meant as a placeholder, but I very much enjoy that they look like television ads in the middle of the article, which would be quite cyberpunk-y

Thank you very much <3 You are too kind :)   I really hope you have found things you found useful and have learned from here. It is a great way to develop, and I arrived at this sort of formatting by learning in the same way!   Java was just updated to, and I'm working on editing most of the Megacorpolis article, so now is a great time to catch up :D

Is it wrong that I want a fluffy smol unicorn? How much I have to pay?

It's not wrong, but probably costly :D

I want a Xenomorph! What better pet to cuddle with? XD