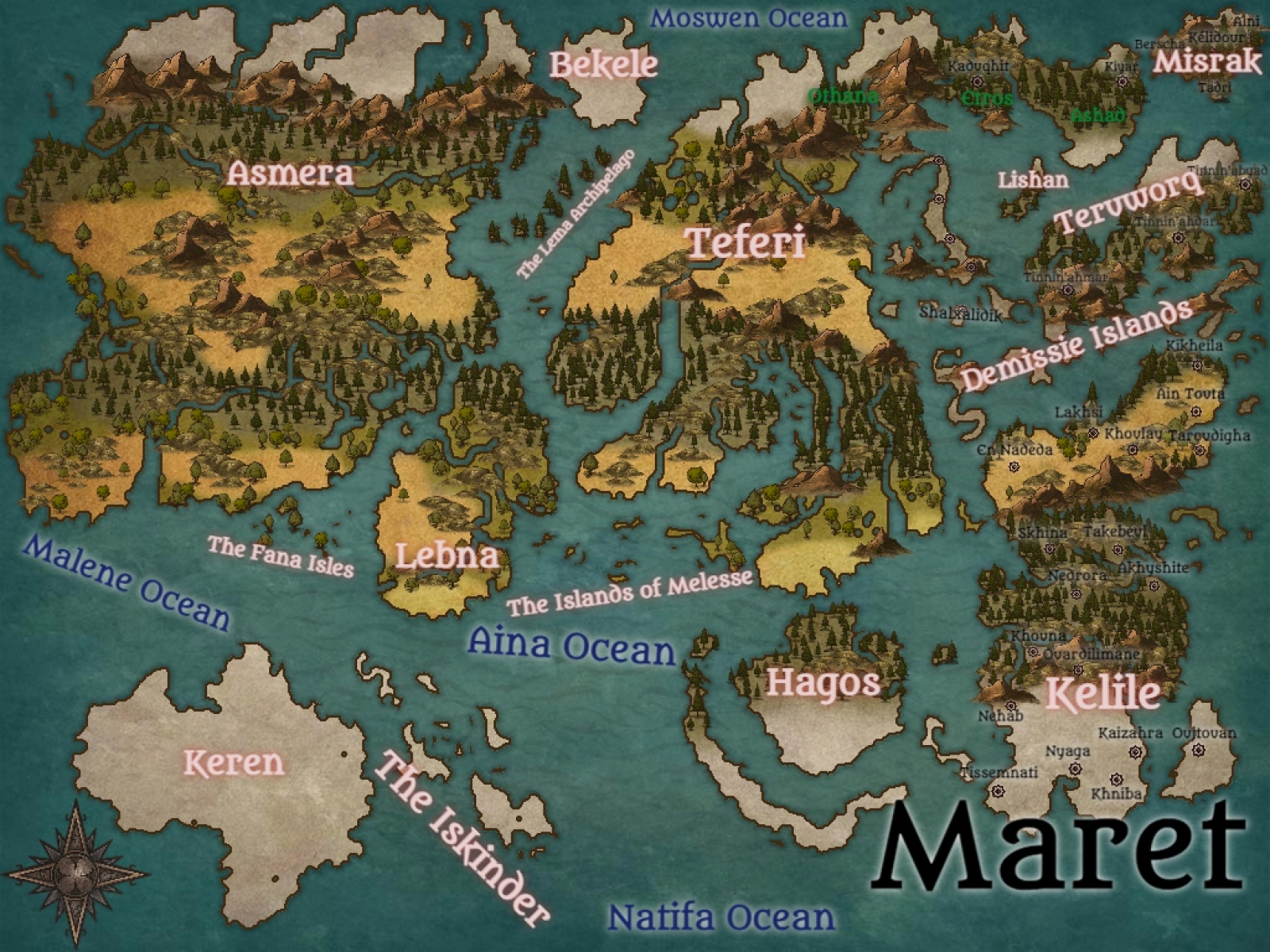 Lady Manga
What does a world look like when the leaders are the brown majority? Maret is the world as imagined without a Eurocentric focus, and with a D&D fantasy twist. Built around the idea that civilizations similar to those found in ancient Africa, the Americas, and Asia had not been devastated by colonialism, but had thrived, Maret is a world full of strong traditions; spirituality; philosophy, science, and the arts.   The ruling powers differ in each of the 8 continents, and their struggles against each other is a tale as old as time. Empires rise and fall; fortunes are made and lost; heroes battle the forces of evil, and the peasants get caught up in the fray (or hide from it).   This world is the setting I've begun creating centred around a one-shot adventure I wrote for my first stint in the DM's seat for my group of D&D friends. It has yet to be populated as I've basically just written that one game set in a teeny tiny corner of the world. It will become more fleshed out as I have time/ we play in the world more.