Some people really are so dramatic, aren't they? How many times have you bitten me now, my sweet little darling? More times than I can count, I would say, and look!   My flesh is still very much attached to me, thank you very much!
— Devoted yellowfoot stinger owner

The yellowfoot stinger is a small reptile found in Bolkan, known and sometimes reviled for its dangerous bite.

Named for their bright yellow scaled feet, these small rock lizards are spiked from crown to tail and have a reputation for being mean, with an appearance to match. These aggressive creatures live in the volcanic plains of Bolkan, in networks of narrow tunnels which bore through stone.

In locations where yellowfoot stingers burrow, the surfaces of nearby stone are dotted with holes of various sizes, some connected near the surface, others burrowing far deeper into the stone before they meet. They are known to collect in large numbers around these burrows, for which they are seen as highly social creatures amongst one another. Extremely territorial, this sociability does not extend to other creatures, least of all humanoids who venture too close to their burrows.
Despite the pure aggression which seems to fuel these lizards, there are many among the Bolkhyn who seek them out as pets, though still none would say that the creatures are not vicious and difficult little things to care for.

The bite of the yellowfoot stinger is known to be especially noxious, though not all are affected by the agents found within its bite. Those who are suffer greatly, the area of their bite growing deeply infected and leaving victims with a condition known as heatrot.   Easy to halt but difficult to cure, many see this deformative condition and those who have it as monsters who would spread their affliction to others.
Curate your experience! 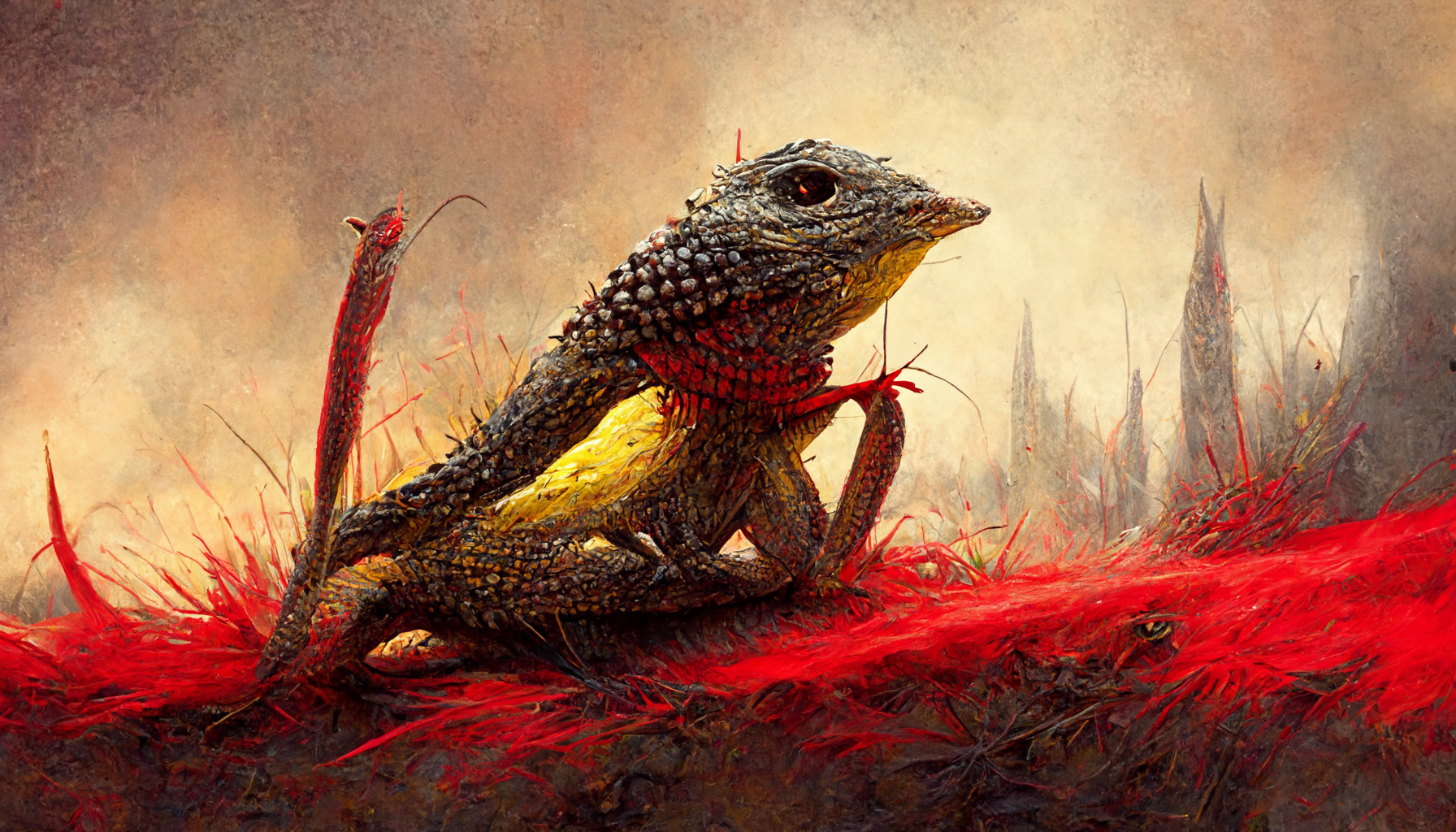 Those less informed and far less fortunate may mistake the burrows for holes left behind by the granite eft, a small drakora which takes the form of an armored salamander. As a favorite sighting for many Bolkan locals, there may be those who are tempted to peek within these holes in the stone to see if they may find one.   This often results in an unhappy encounter with a very angry lizard which, for some, comes with a whole host of additional problems.

Answering: "a species considered monstrous by some"
Visit strixxline's Competition Page Check all other answers to this prompt Competition Homepage