Oh, to flow as freely as the wind,
To go to places my heart calls to,
With not a care for where I used to be...   Heavens, I could never dream of it.
— Envy on the wind

The Windheart are a form of Iskani born of the essence of the elemental plane of air. Flighty, and always traveling, these Iskani follow the wind where it blows and live in the open where the air blows freely.

Air is a free element, and with this essence in their blood, the Windheart Iskani are known for being free spirits, and never being tied down to one place for very long. Iskani born of air often have skin tones in light hues, blue, white, or grey. Their eyes typically do not have one permanent color, their irises often reflecting the colors of the midday sky, wherever they go.   The element of air may manifest itself in the Iskani as floating or translucent hair, perpetual soft wind blowing around them, and as swirling markings on the skin reminiscent of the movement of the breeze. Some Windheart Iskani have transparent limbs, or portions of the body which appear to be made of swirling wind. Manifestations of air are often subtle, not as jarring as the physical features of some other Iskani.

Some Windheart Iskani may take on the aspect of the storm, rather than air. These stormy Iskani take an already turbulent temperament and dial it up greatly, making them much more intense than their airy cousins. The essence of the storm manifests itself in more erratic and wild ways, often with electric currents and charred skin.

Followers of the Breeze

Abandoned Windheart Iskani settlements are typically quite minimal in their construction, though their foundations often serve as great starting points for settlements or camps made by other races who stumble upon them.   The Windheart Iskani do sometimes return to these old settlements, if their travels take them in a circle back to their old homes, but they rarely mind finding that others had taken up residence in their absence.
Curate your experience!

Free as the wind, and just as ruthless. Best to catch them on a pleasant breeze, and not the raging storm. 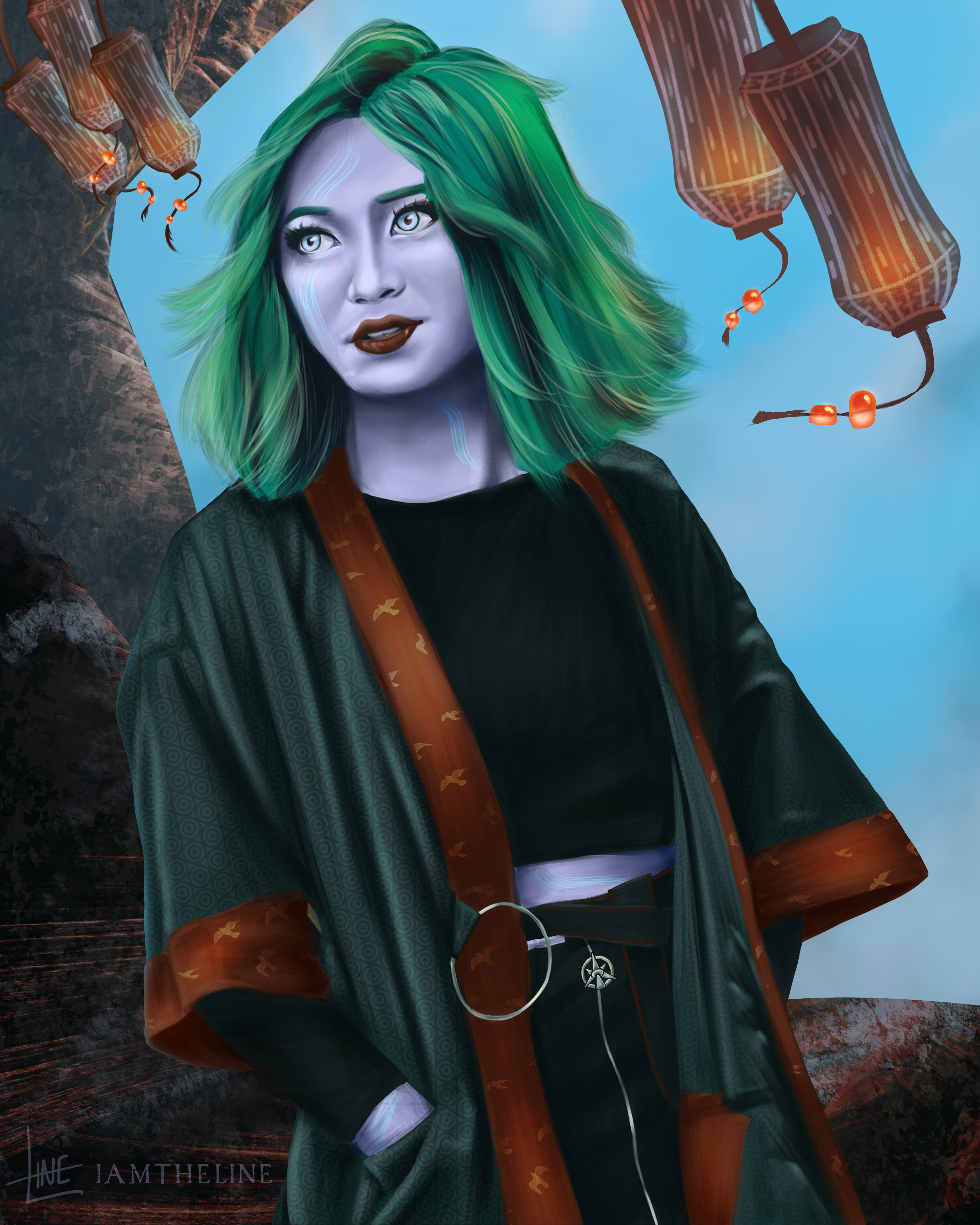 Eye of the Storm

Windheart Iskani who embody the storm are well known to have explosive personalities, but many assume that the rest do not share this trait. It is a dangerous assumption, that has taken others by surprise, when they get on the bad side of the otherwise carefree-seeming Windheart Iskani.

Hah! That one has one! Great! I hate repeating myself :D

Haha, that one's a little bit more than 5 minutes!! But I'll get to work soon! After SummerCamp you bet I'll be throwing artworks at you to see!