As the lights dance in the skies above, revealing the true nature of the firmament, so too shall we dance in kind.
— Sunburst Reveler

The Sunburst Revel is an annual celebration held in Everbright, at the height of the summer season.

Summer in Everbright is known by many as the season of lights, in which the ever-present blanket of light that coats the sky breaks into more concentrated streaks and fragments which dance along the skyline.   The Sunburst Revel takes place at the height of this season where the dancing lights are at their strongest, and deep blue skies show through, no longer obscured by a curtain of light.

Dancing with the Sun

As the lights dance in the skies above, the Sunwright who reside in the region do so as well, celebrating the height of summer with song and dance, and joyous festivity. Special feasts are held, with food and drink light on the stomach and uplifting to the spirit. It is common to see folks dancing and twirling from table to table, selecting small, individual morsels of food to enjoy before passing to the next.
Alcohol is very common to these celebrations, though only in the form of light mixed drinks easy on the palette. Mind-altering substances such as drugs and the like are often avoided.
Blue skies above are seen as a metaphor by the people, for revealing one's true self beneath the dancing lights. Thus, the festivities are a time in which all involved will practice their favorite skills and hobbies, hoping to let their passions show through during the Revel.

The Revel itself is celebrated over the course of two days, though lesser festivities may occupy the full week or more before the feasts.   Performers of music and song will practice publicly for the people in the cities in the days leading up to the Revel, preparing for greater performances they have planned for the celebration, and culinarians work feverishly in that time to produce the perfect foods for the feasts to come.   Small dances and gatherings spring up all over as the Sunwright take any opportunity to practice their dancing, hoping to shine brightly during the Revel.
Curate your experience!

A celebration of the summer, and a revel beneath dancing lights high in the sky above. 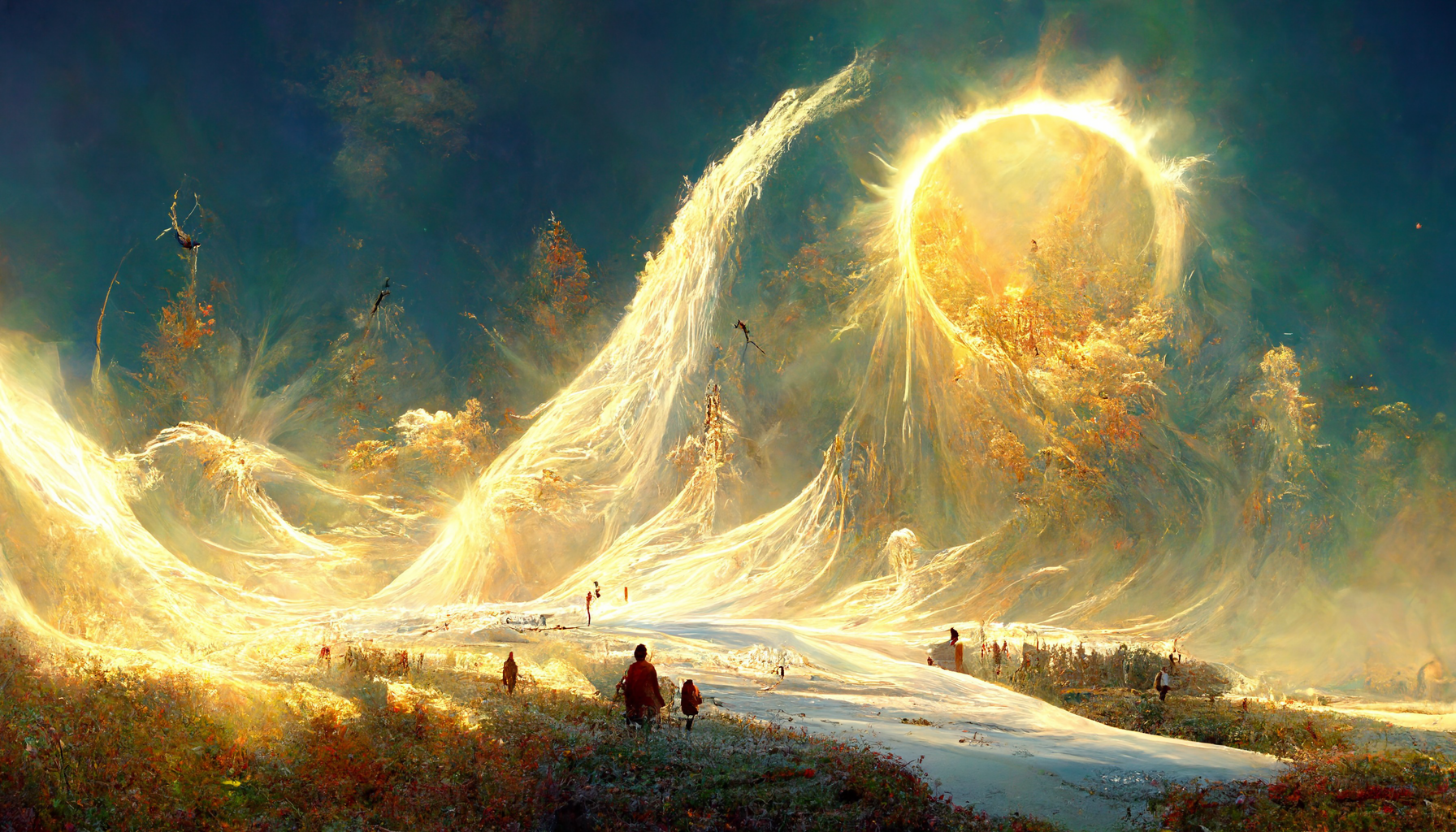 Though the Sunwright officially follow the same calendar as other local regions, for whom the new year begins at the height of winter, the Sunburst Revel is often seen as Everbright's marker for another year passed.   This festival of song and dance is celebrated more fervently than true new year's celebrations, and many will even congratulate one another on a year well-spent.
In response to the prompt Describe a holiday tradition in one culture of your world!

I love the idea of tables just heaping with tiny bite-sized morsels! Like a giant ***tail party meets block party. What a joyful holiday!

Check out my Spooktober Story! 31 prompts in a single story, including drowning a Verti! (still being written)

Thank you! I wanted to add something joyous to this region, especially considering that, in my mind, Everbright itself can be a rather bleak sunbleached locale. I haven't written about it in too great of detail yet, but it's definitely on my list to better refine soon :)