You can't possibly pay me enough to go that deep into the tunnels, alone, with minimal equipment... scratch that, with any kind of equipment at all.   If you want to send me off to be giant lizard bait, you should just tell me that straight to my face.
— Disgruntled Bolkhyn mercenary

The plumeballast is a large and sturdy drakora found underground in volcanic regions, primarily Bolkan.

Plumeballasts are wingless drakora with wide, stocky bodies. Their four legs are encrusted with thick plates of scales resembling cobbled stone; these scales also appear running down the creature's spine from its head to the tip of the tail, which can grow to considerable lengths.   The skin of the plumeballast, where uncovered by platescale, is smooth and slick, reminiscent to a salamander's, and is hot to the touch. This smooth skin is typically a deep charcoal grey, marked with long, marbled stripes of green from the sides of the creature's head to the base of its tail. Their eyes are glassy orange orbs which protrude slightly from their heads; the ares surrounding their eye sockets appear overgrown with orange scales in similar color and consistency, giving them a jagged appearance.

The plumeballast was considered for generations to be a mythical creature, a deterrent against those who would venture deep into the volcanic underground. Though they have never been described to be particularly aggressive, they have been described as powerful and dangerous, especially if they were to perceive a stray cave diver as a meal. Surprisingly fast for their size, these large beasts have the potential to be far more agile than one would expect, in addition to a common defense mechanism in which they spit molten rock at threats and prey alike.   In addition to their speed, plumeballasts are able to travel through stone as though it were liquid, leaving no visible trace of its passing. This may mean that at any time, a plumeballast may emerge from a cave wall anywhere deep underground.
Curate your experience!

Ancient draconic predators of the volcanic underground, assumed to be only myth. 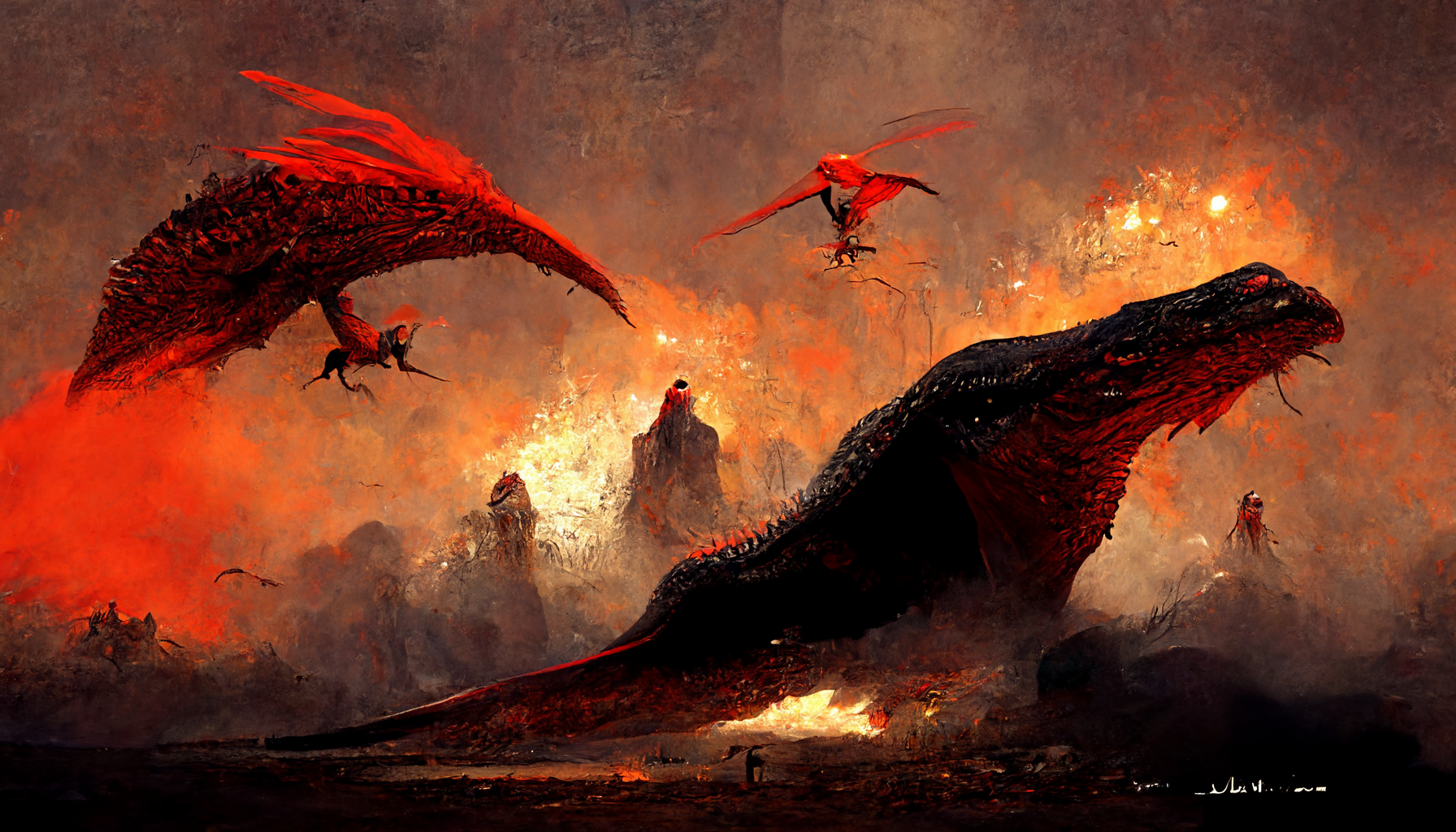 Among the largest of the drakora, plumeballasts have been reported ranging from lengths of nine feet to well over eighteen, though so few have been sighted that it is unclear if numbers have been exaggerated, or if those spotted have even been fully grown. Sightings have only occurred recently, close to the overworld of Bolkan, though it is known that plumeballasts prefer to make their homes far deeper underground.

Answering: "A recently discovered, or rediscovered, species."
Visit strixxline's Competition Page Check all other answers to this prompt Competition Homepage

Oml your css is gorgeous!

Aah, coming from you! Thank you! So much time spent on tiny tweaks and changes x)

The tweaking is never over haha