Stock which hadn't moved in years suddenly left the shelves at an alarming rate. People used to nearly laugh these books out of my shop, but now they're all anyone cares about. It was all nonsense, fruitless fiction, until it wasn't, I suppose.   If he was right about one thing, what else could he have been right about all along?
— Terran Bookseller, following the fall of the Arsaces Monarchy

Phinus Talem is one of Terramarre's best-known historians and recordkeeper of the Alabaster Hand.

During the reign of the Arsaces Monarchy, Phinus was far less recognized than other contemporary historians in the region and was almost universally disliked by the populace. Never one to support the monarchy, a trait common to members of the Alabaster Hand in the period preceding the monarchy's fall, he often criticized the royal family in his writings.   In every event he recorded, Phinus found some way to spin its negative aspects in such a way that would implicate the monarchy in being their cause. His outspoken distaste for the rather beloved monarchy, though permitted by law, was not well-received by the people and thus his work was seldom recommended to others.

To Flying off the Shelves

To most, the fall of the monarchy was a bitter and frightening event, but to the Alabaster Hand it was a victory of immense proportion, especially to Phinus whose words of distaste for the monarchy were more brazenly displayed than ever, bleeding into the hearts and minds of the people.   Few believed the allegations placed against the monarchy, even as they watched the executions, but it was Phinus who wrote text upon text chronicling truths and falsehoods alike which further incriminated the monarchy.
Curate your experience!

Truth and fiction skirt a fine line right alongside one another, if you simply pull the right words... 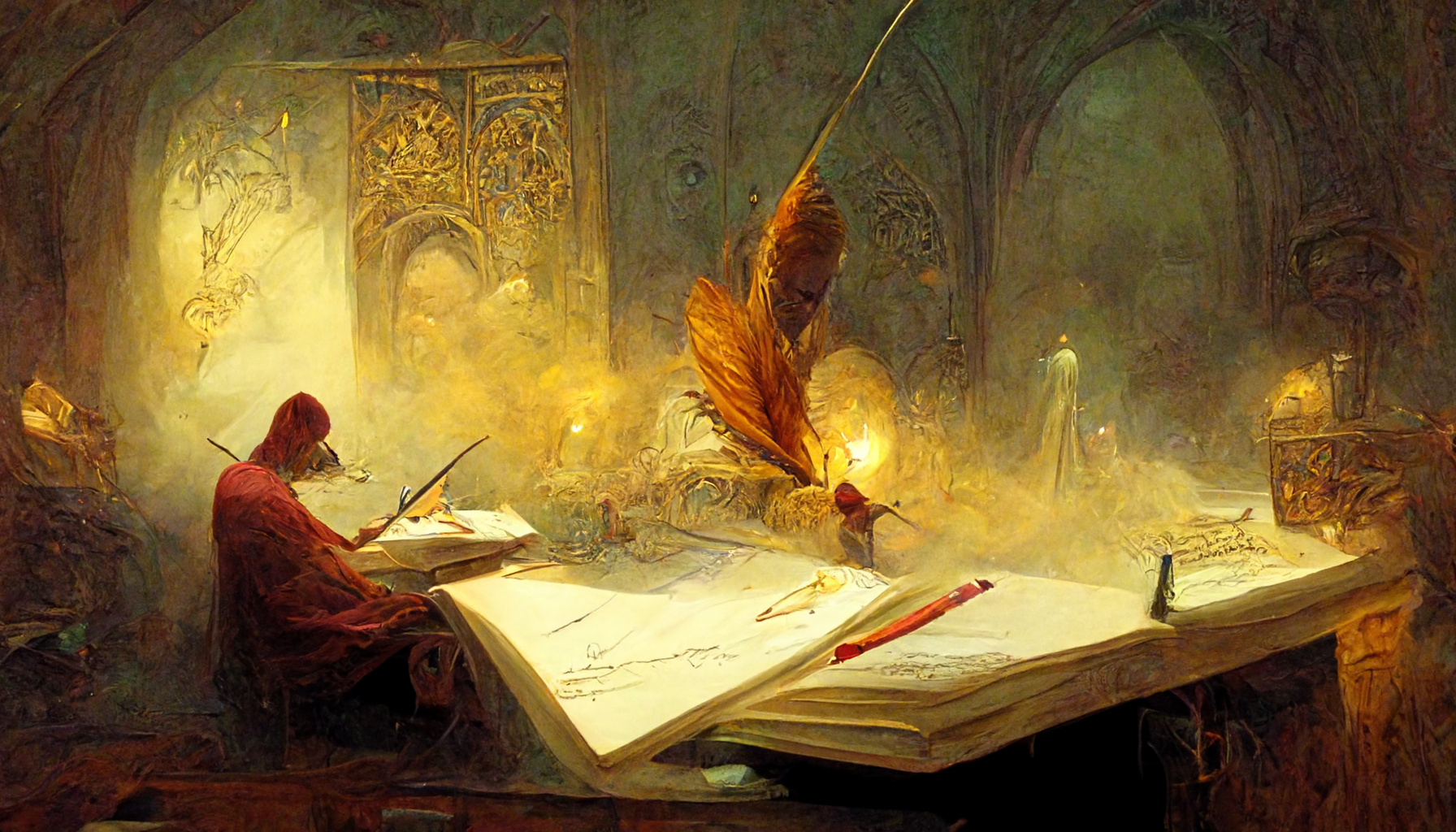 by Strixxline via Midjourney
Location
Terramarre
Organization
The Alabaster Hand

Over time, even those who loved the monarchy dearly began to find themselves pleased to have seen it end, going so far as to name Phinus one of the wisest historians for seeing through the "deceptive veil" laid before them.
Children
In response to the prompt Describe an important historian in your world, and how they changed the perception of the past?