She watched the Nima weave her cloak, pulling at the air as though there were invisible strands that she herself simply could not see.   "What are you doing?" she inquired, leaving the weaver perplexed.   "Why, weaving your cloak, madam." He did not look up or pause in his work, but broke the fluid motion of weaving strings to raise his hand, pulling at what seemed like nothing at all. She paid no mind at first, though out of the corner of her eye, she saw his seemingly empty hand shift the pattern of the weave, as though he were pulling one of those same, invisible threads as he had been the whole time.
— Excerpt from a Boharin novella

The nimata, singular nima, are one of the races most commonly found in Malkora. Nimata are a curious race, in the sense that they often mystify other races with their existence. Ever-present, yet seemingly not present at all, the nimata of Malkora are especially sensitive to the latent magical energies that flow through the plane.

People of the Leylines

Nimata are bound to certain elements and magics, born with innate connections to the leylines that flow throughout all of Malkora; they are not to be confused with iskani, who bear the pure, unfiltered essence of the elements in their blood.   There are many variants of nimata in Malkora, linked to different leylines throughout the world, and it is nearly impossible to fit them all within a common descriptor, save for an affinity for elemental and natural magics, and their innate connection to the magical leylines of Malkora.

Elders of the World

Nimata are the longest-lived race in Malkora, living anywhere between 400 to 600 years old. They are, on average, among the taller races of Malkora and stand between 6 to 6-1/2 feet tall. The musculature of nimata predisposes them to leaner figures, making bulky builds uncommon, even in the most heavily trained nima. Nimata of average strength, who do not train their strength or put on weight, are often described as appearing frail. There is little physical differentiation between the sexes, if any at all.   The physical build of nimata is not affected by the magic to which they are bound, but minor traits such as coloration of hair and skin, as well as natural markings on the face and body differ by their racial variants. Nimata are most often identified by their markings, which may appear as scarring, runes, discoloration of the skin, or other forms. These markings typically come in the same color as their glowing eyes, with some exceptions. Some nimata will tattoo themselves to further push their visual identity, in addition to the markings they naturally bear.

Nimata are known for being distant and often lost in their own world, often distracted by energies that cannot be perceived by other races. Despite their predisposition to dissociating from the material plane, nimata may draw the focus to stay just as grounded as other races, should they so choose. This act is rare, however, as closing off the energies to which a nima is bound takes an exceptional amount of energy. There is a common belief among other races that nimata cannot do this at all, causing this action to draw a fair amount of surprise from the less-informed.   The eyes of a nima will glow with the color of their bound magic unless they are drawing focus to stay grounded.

Nimata perceive the world much differently than other races, seeing the dancing energies of their leylines in every piece of the world around them. This may hinder a Nima just as much as it may aid them, and the inability for most members of other races to see the world as they do draws Nimata to live in societies that are largely self-isolated. Nimatria (The Hearthwood) is almost homogeneously populated with Nimata; while the Nimata will not typically turn away foreigners, visitors often find living amongst the Nimata to be unpalatable, given their inability to connect on the same level or interact with the world in the same way.
Curate your experience! 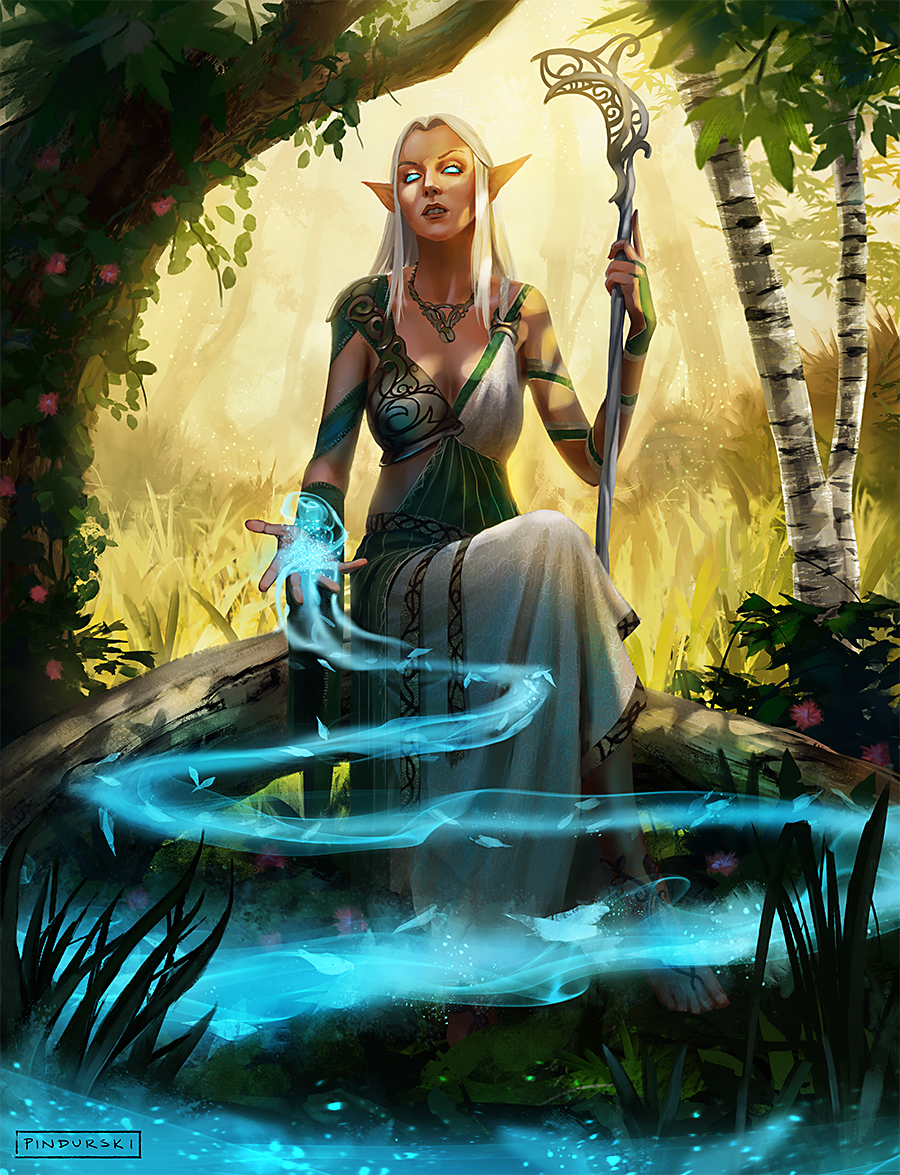 Nimai populations are commonly found on the path of leylines, and the largest civilizations are found at their intersections, where multiple types of Nimata may live together in a shared homeland. The Hearthwood is a prime example of this, where the leylines of wild magic and arcane magic intersect, giving the Valsheri and Lessai a shared home.   Because the Nimata live quite secluded from other races and rarely find themselves influenced by them, the paths of the leylines on which they live are often well protected and maintained due to a lack of outside interference.

Nimata have a complex relationship with children conceived through relations with other races; they do not dislike them, by any means, but these children suffer many of the same challenges typical foreigners do in Nimai cultures. If a half-Nima is born without a connection to the leylines, or the ability to establish a connection later in life, they live as social and cultural outsiders in their own homelands. For this reason, Nimata warn against having children with other races, lest they risk having a child who cannot connect with the rest of society, or even their families.   In addition, as Nimata are the longest-lived race in Malkora, any offspring they produce with other races will lead much shorter lives, with greater pressure to achieve at the same, or faster, rate than their peers.

Nimatria, known also as The Hearthwood, houses two major groups of nimata: the studious Valsheri and the druidic Lessai. These two populations are among the oldest of the nimata and continue to make the forest that is their ancestral birthplace their home.

The most prominent of all the nimata populations is the Valsheri -- the arcane-bound. Adept magic users, the Valsheri spend the centuries of life that they are given seeking answers to questions as old as time itself. Known for their wealth of knowledge, it is the thirst for understanding which drives the entire population to tireless study and the highest tiers of education.

The elusive Lessai -- the nature-bound, are less prominent but are equal or greater in population than the Valsheri. Known less for their book smarts, the Lessai seek timeless wisdom through connection with the natural world that surrounds them. Unmatched as druids and natural healers, the Lessai live deep within forests far from the sprawling cities that have become popular in the modern day. 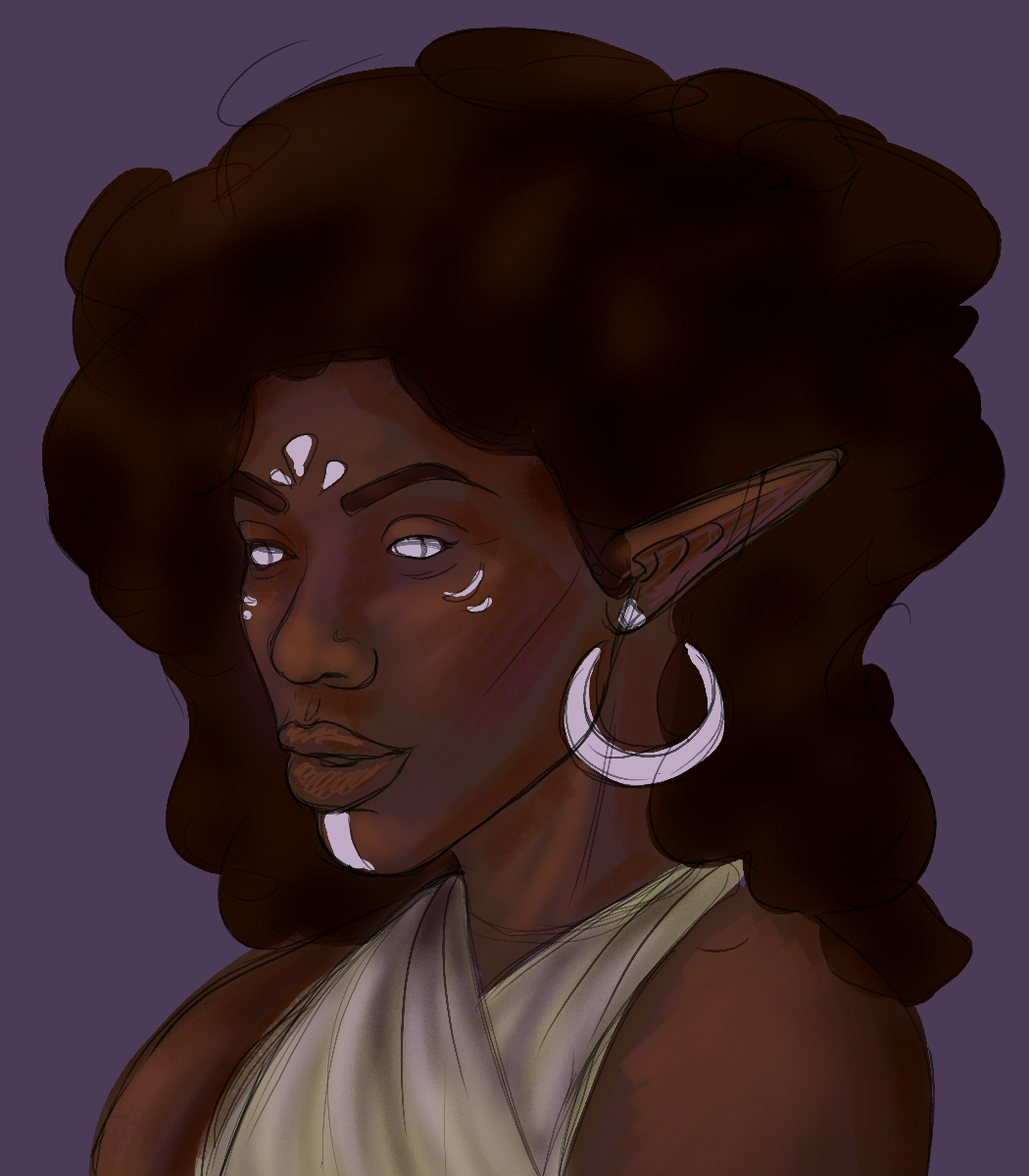