My red skin grows ever darker, as the sun beats down on us, and what little shade we have is dismantled further with each passing day.   I never knew myself to burn in the sun, but I fear I may yet start...
— Bexarem villager

Enkana is a settlement in northern Bolkan housing many Bexarem, south of the mountains which stand between their region and Everbright.

The settlement of Enkana is one of several homes of the Bexarem, second only to Gemas in terms of size. Enkana houses the majority of the Ashen Cloister's number within its walls, and their fanaticism shows itself here in how little the people attempt to shade themselves and their homes. In many places, it appears that none are permitted to build shelters from the sunlight, leaving many homes uncovered or fully open.   In most other settlements, such a thing might be a thieves' paradise. However, in the light of the northern leyline and the ever-awake ashen cultists, it is all but impossible to sneak into any structure unnoticed, let alone rummage through others' belongings.

Rise of a Cult

Enkana was one the largest of the Bexarem settlements, though numbers began to dwindle with the rise of the Ashen Cloister. As their numbers grew, they began to assemble within Enkana, slowly driving the unaffiliated from the city. Their zealous policing of others' lifestyles and aggressive recruitment attempts made Enkana a less palateable home for the rest of the population, which gradually migrated to Gemas.

There is so much beauty in the old villas of Enkana. Such a shame to see them falling apart this way...
— Visiting Bolkhyn

Small sections of high-end residences yet stand in Enkana, remnants of a time when it was still a true, bustling city. One by one, these residences are being vacated and left to ruin, with each following resident leaving quicker than the previous. Those of means who yet remain in Enkana do not appear inclined to do so for much longer. It may not be long before the entirety of Enkana's historical architecture and population is lost to the cult's negative influence.
Curate your experience!

Where those who curse the sunlight shall spurn you for finding relief of it. 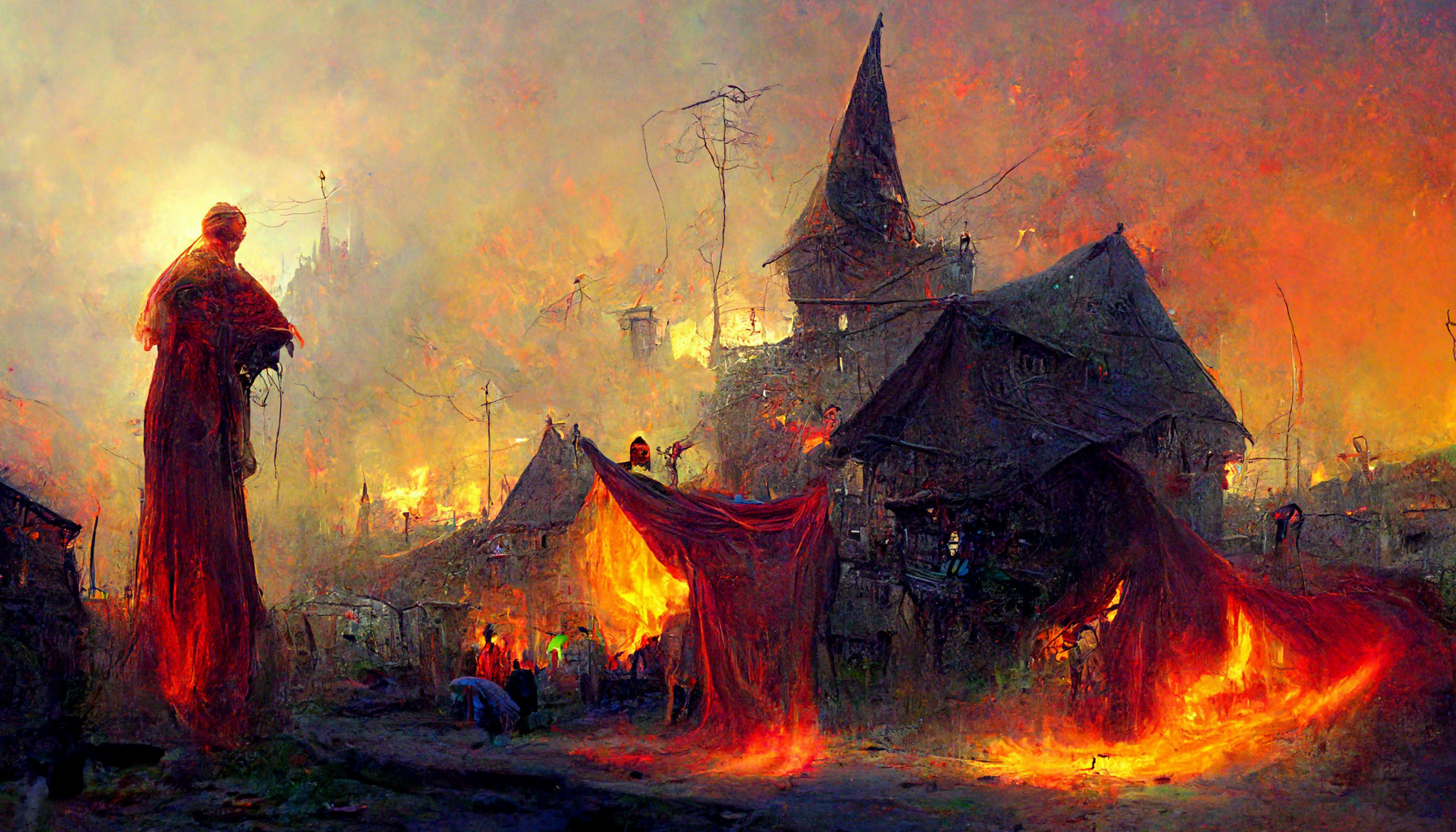 The settlement is ever cloaked in the northern sunlight, yet is unable to expand beyond a set border. Many believe this restriction to be arbitrary and intentional, but none have truly been able to say what keeps the people from leaving the oppressive sunlight behind.

Altars to the Divine

The largest altar to the Divine Ash is located within this settlement, with numerous smaller altars being scattered throughout and beyond the city limits. In many cases, these altars, even at their smallest, are assembled with greater care and craftsmanship than even the finest of homes in Enkana.

Answering: "Α settlement beside or in a great expanse"
Visit strixxline's Competition Page Check all other answers to this prompt Competition Homepage