What a dream it would be to one day be a lord of those halls, sitting at the peak of luxury, renowned and revered for the work wrought by my own two hands...   Ah, my aching hands...
— Ambitious Kamini Apprentice

The Blackglass Guildhall is the base of operations of the Blackglass Consortium in Kamigon and houses Bolkan's most renowned and influential crafters' guilds.

Home of the Guilds

Constructed largely from dark stone, reinforced by beams of metal and decorated with fine glass ornamentation, the guildhall from its very form is a representation of the very finest the guilds of Kamigon have to offer. Stained glass panels hang suspended from metal and stone archways at the guildhall's entrance, each depicting images of the guilds found within. These displays are meticulously crafted in collaboration with the many guilds of Kamigon, showcasing shared talent and encouraging comraderie between different trades.   The guildhall itself is an impressive building, occupying a large portion of Kamigon's skyline and a great deal of the city's trade district. Boasting an expansive campus, the guildhall branches into several wings, each dedicated to its own guild or administrative sect of the consortium itself.

Surrounded by lesser guildhalls, each still impressive in its own right, the grounds outside of the Blackglass Guildhall offer many exciting options for citygoers to observe and become involved with various tradecrafts, should they so desire. The guilds residing within the hall are held to the highest standard and must actively maintain their activity, public image, and usefulness to the community at large. To achieve these ends, the guilds both major and minor often hold workshops and teach courses to the populace, with the guildhall as their venue of choice.   Locals will flock to watch public demonstrations in glassblowing, stonecarving, and more, and recruiters roam the streets seeking those interested in learning the trades themselves.
Curate your experience!

Halls of the elite must befit the prestige of their inhabitants, inspire awe in their splendor. 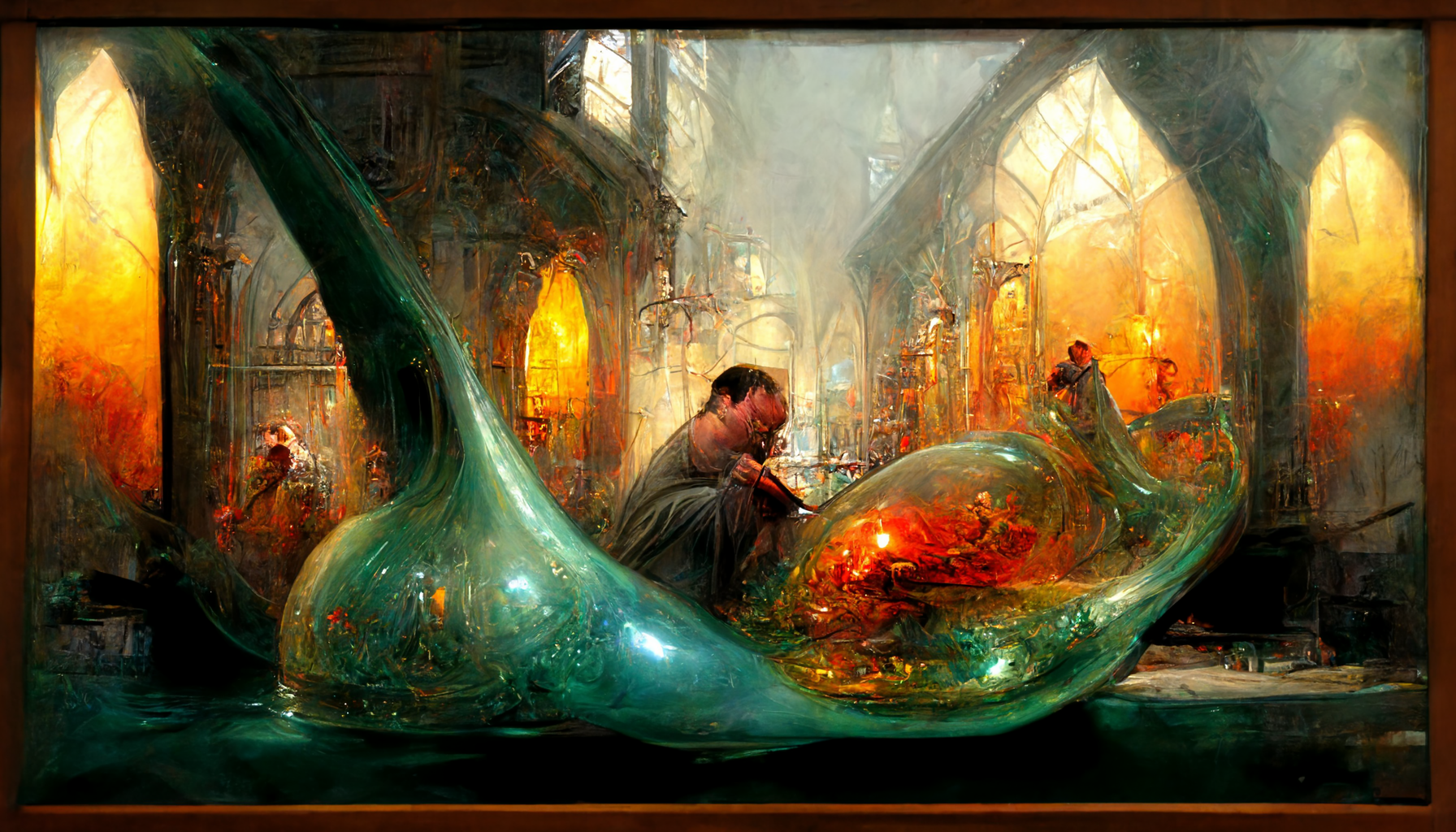 Recruiters within the guildhall's vicinity are heavily monitored to ensure legitimate connection and commitment to the trades, however those beyond the consortium's reach may be less trustworthy, seeking aspiring crafters to manipulate for their own personal gain.

Answering: "A building associated with governance, leadership or change"
Visit strixxline's Competition Page Check all other answers to this prompt Competition Homepage