If you seek passage to the Earthen Kingdoms, come aboard, come aboard.   We'll see no pirates on these seas, this we guarantee!
— Announcer for the AR Shelterwell

The Ashrunner a class of modestly-sized merchant vessels designed for travel through hot murky waters to the east of Bolkan.

Ashrunner ships are frequently used to transport common travelers, traveling merchants, miscellaneous cargo, and other things between the ports of Eletta and of the Earthen Kingdoms.   These ships commonly port merchants and travelers between the two ports. They are constructed in Eletta and many of these ships can be seen in Eletta's harbor, awaiting their trials and debut. A recent invention, not in the ships themselves but in their treatment and application as seen in the present day.

These ships are typically identifiable by name, with the designation prefix "AR," for Ashrunner. This is not a requirement, but most captains will opt to name their Ashrunners with this standard. Notable ships of this type include the original Ashrunner, AR Flamebreeze, the AR Stone's Throw, the Heatskipper, and the AR Shelterwell.
Curate your experience!

Goodly travelers need only the smoothest possible ride through such hot ashen waters. 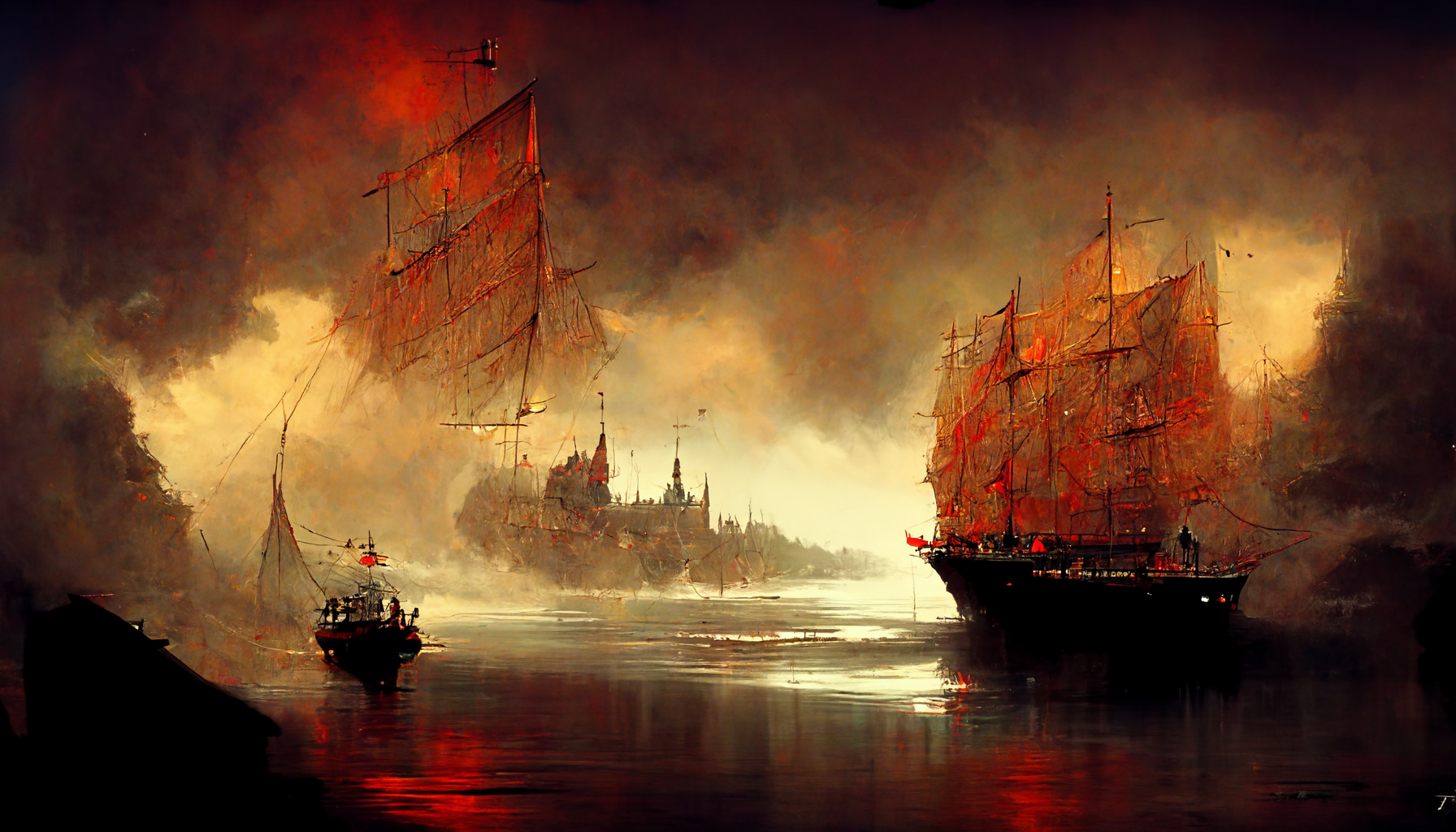 Many travelers rely on these ships to secure passage between Eletta and the Earthen Kingdoms as there is a great deal of fear surrounding traveling through the plains outside of Bolkan by land. People would prefer the risk of being the target of piracy over making the difficult journey by foot, though pirate attacks on such vessels are exceedingly rare.

Very cool article. I liked the layout, very crisp and informative. I also really liked the whole concept of the Ashrunners and their AR descendant ships. Do the pirates of that area have similar ships? If not they probably want to get some in order to be more successful against the Ashrunners.