They took away my blankets, poked holes in my roof, claiming the solace they gave me was a mimicry of the divine night. It's cruel, and maddening, that they would to go such lengths to inflict their own suffering upon us as well...
— Bexarem youth

The Ashen Cloister is a small religious organization found among the Bexarem, commonly denounced by the population as a cult. Worshiping the Divine Ash, this cult works tirelessly to bring respite to its home in which the sun never sets.

Residing in northern Bolkan, the proximity to Everbright means the homes of the Ashen Cloister and their kin see days on end where the sun does not set, and true night does not fall. Periodically, however, clouds of ash and smoke block out this harsh light, which brings darkness to their lands. It is this phenomenon which the Ashen Cloister worships and feverishly works to bring about, resting only when the night falls.   Altars to the Divine Ash can be found along Bolkan's northwest, following the settlements and outposts of the Bexarem, with the largest and most prominent in the settlement Enkana.

"Divine night has fallen upon us again, the gods' reward for our continued faith." 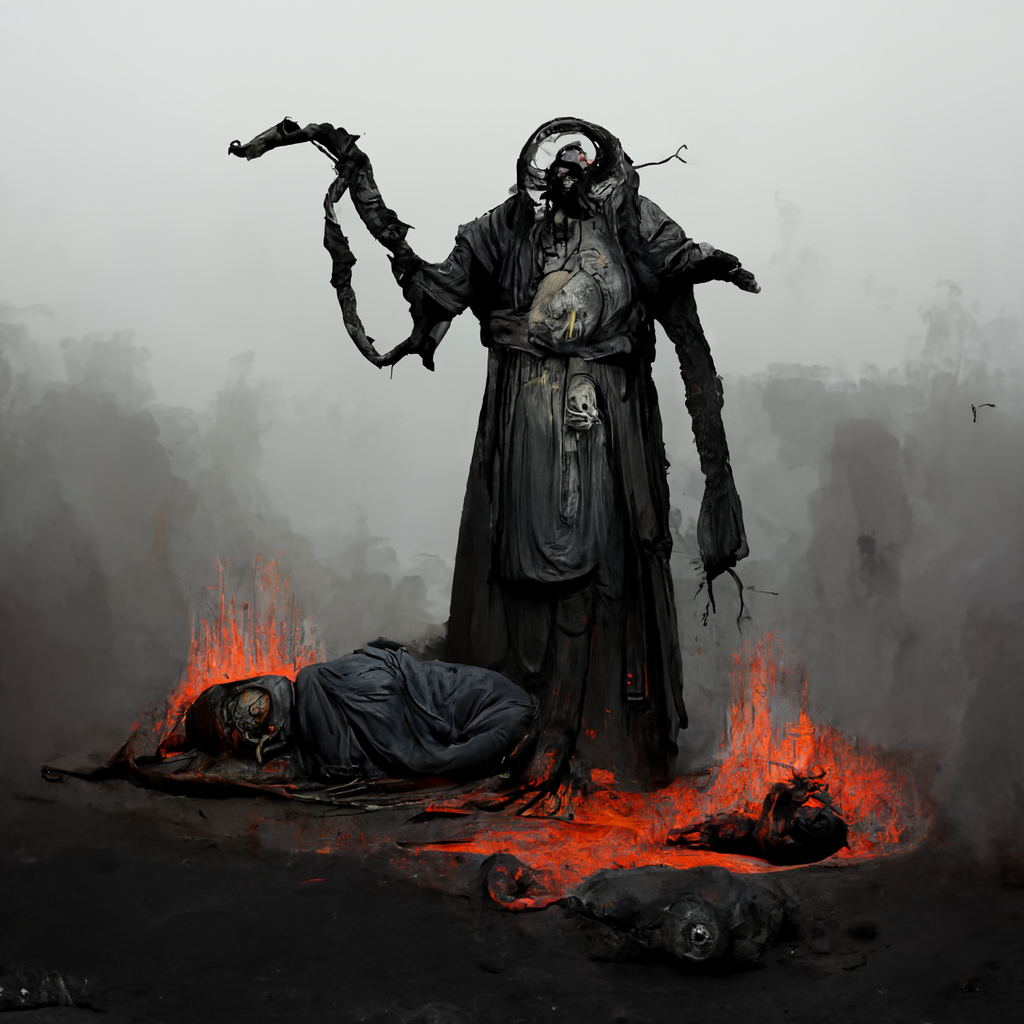 Cultist by Strixxline via Midjourney
Where once the cult sought shelter and rest during the sunlit nights, the Ashen Cloister now observes a complete avoidance of rest until the next period of darkness falls upon their home. They believe this to be a show of devotion which would call the clouds overhead more frequently and for longer periods of time. Members' waking days are filled with fevered prayer and rituals, taking pause only for the rare occasion where they may eat or drink during the sunlight.   Members of the cloister are often known to carry bleak demeanors, tired, desperate, especially in periods of heavy sunshine.   Proper nightfall is a cause for rejoice, though instead of fanfare and glee, the ashen will collapse in relief at the first sign of darkness. The dark in the northern settlements is quiet, serene, and a time for rest, before the cycle of sleep deprivation begins anew.   Bound to their home as they are, the Bexarem cannot leave their sunlit homes despite the madness the nearly neverending light drives them to; it is those who succumb to this desperation who most often come to seek the Ashen Cloister, as a means by which to gain some perceived agency over their situation.
Curate your experience!

To what lengths would you go, to bring peaceful rest to your beloved homeland? 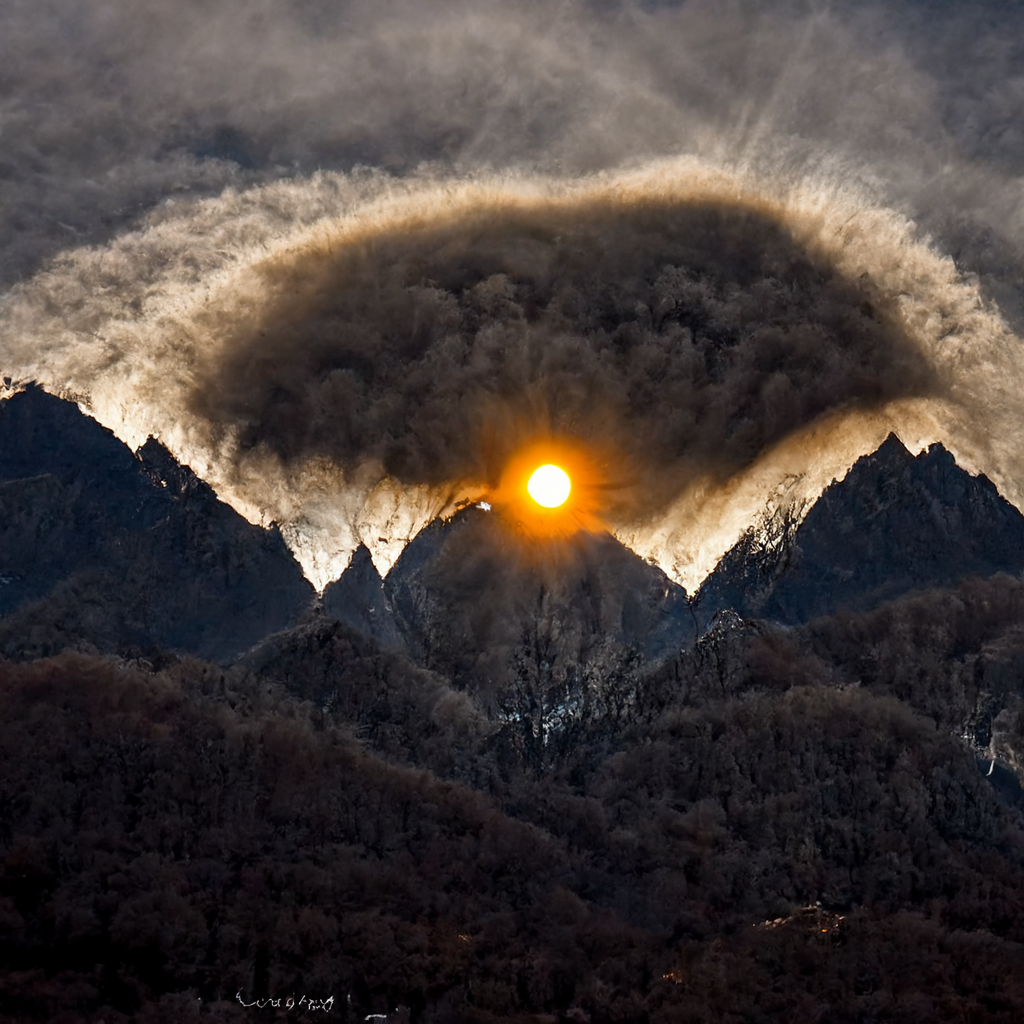 Already seeing little favor from many of their Bexarem kin, these cultists are often chided for wasting precious reagents and materials in the offerings they set upon their altars to the Divine Ash. One common and much decried ritual sees cultists crushing golden eftbulbs with ash, symbolizing the ash they worship blotting out the sun.

Though most in the cult are harmless, those more zealous in their mission will attempt to deny others the luxury of shade and protection from the sun, urging them to instead join them in prayer and ritual, that night may fall more regularly.

To cover oneself with false shade in which to rest is a sacrilegious mockery of the Divine Ash.

Answering: "Α religion or organisation connected to a natural phenomenon"
Visit strixxline's Competition Page Check all other answers to this prompt Competition Homepage

Excellent idea for a cult. I love the idea of the people never resting unless night is upon them. Not enough sleep would equal some sleep-deprived insanity.

Thank you! I imagine as time passes, members of the cult grow more and more fanatical, largely driven by that sleep deprived state. I'm looking forward to seeing what else I can explore with this cult, but they're rather region-locked due to (PLOT).

I love the idea of people worshipping this volcano/ash for hiding the sun XD This is a very cool idea and seems very logical in such a harsh environment. All that sleeplessness must also make those people very easy to manipulate...