Altar of the Divine Ash

You cast our home in shining light, you betray the very essence of our divine purpose!   Unworthy you are, to have laid eyes upon our beloved Divine! We curse you, we shun you, we cast you from this holy place!
— Apalled elder cultist

The Altar of the Divine Ash is an ornate altar dedicated to the patron goddess of Enkana, commonly referred to as the Ashen Divine.

Once a forgotten monument, nearly lost in the days Enkana lay barren, it was rediscovered when settlers returned to the ruined city and began to rebuild. The monument is sacred to the Ashen Cloister, who over time have transformed it into an altar upon which they worship and offer sacrifices to their divine.

Draped in fine cloth and laden with scraps of precious materials, bundled dry herbs, and any reagent of value one may see as a worthy offering, the Altar of the Divine Ash is an image of grandeur in an otherwise downtrodden village. Though many altars to the Ashen Divine exist within Enkana and beyond the settlement's limits, this altar dwarfs them by comparison, in both size and quality.   Beneath the offerings and draperies sits a once-crumbling statue depicting the avatar of the Divine Ash, a large woman simultaneously shapely and wispy, with large cracks threatening to split the form in twain. Supports have been affixed to the statue in areas where pieces of the statue threatened to fall, with the braces concealed by cloth and other adornments.

Reserved for the Worthy

The statue is kept hidden beneath the structure and draperies of the altar itself at all times, accessible only to priests of the Ashen Cloister and to those undergoing the ritual of the Smothering Rites. It is considered the greatest honor to be in the presence of the Ashen Divine's avatar, and thus new cultists are initiated at the base of the pedestal upon which her statue stands.
Curate your experience!

Once a forgotten monument to a patron goddess of old, now the prize of the Ashen Cloister. 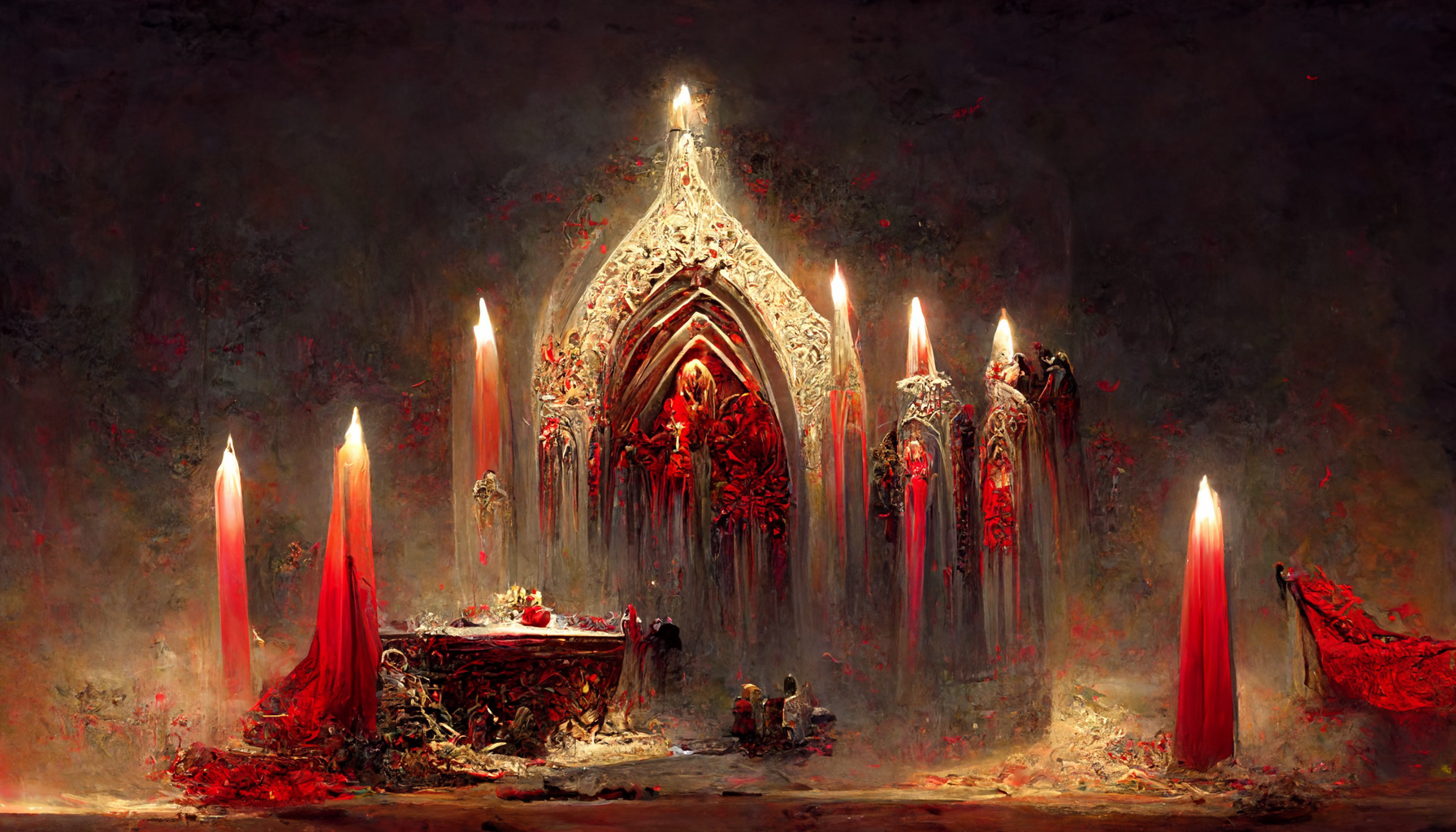 The light grey stone originally used to construct the statue of the Ashen Divine's avatar is a rarity in Bolkan's present landscape, and thus spot repairs to the statue over time have left it with patchy sections of contrasting dark stone and glass amidst the base light grey.

Answering: "A lost or discovered monument."
Visit strixxline's Competition Page Check all other answers to this prompt Competition Homepage