I implore you to see the beauty in making, in creating, in bringing life to wonders only seen deep in dreams within dreams. Kamigon was once a dream, within a dream. Look at it now!   These spires were wrought from our own working hands. Every stone meticulously lain with care, every pane of glass assembled and installed with critical precision. This city will one day be your charge, young apprentices.   What wonders will you bestow upon her?
— Address by Akara Gon'sa at the Guilds' initiation ceremony 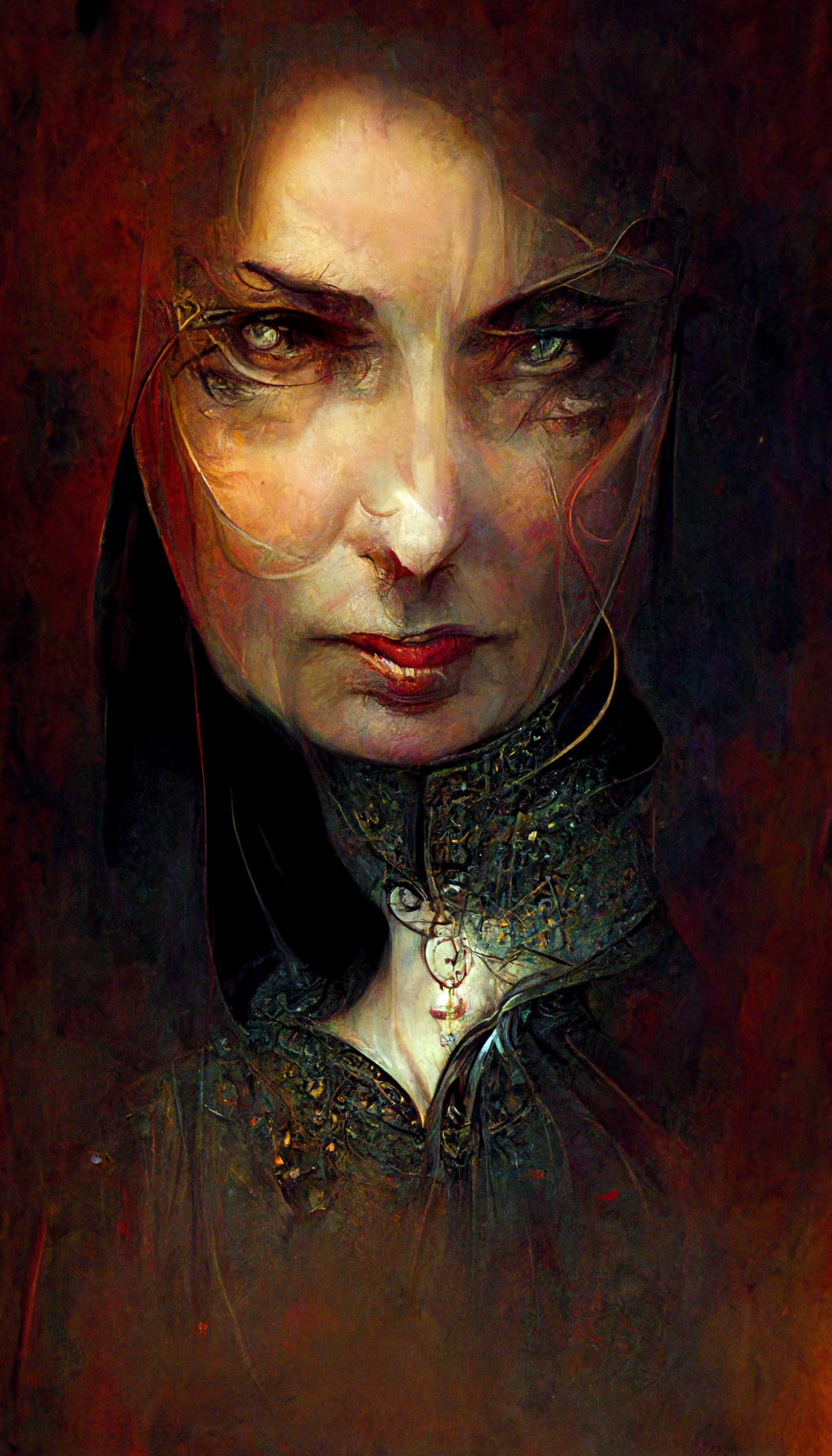 by Strixxline via Midjourney
The guilds system existed in Kamigon long before Akara began her leadership in the consortium, but her guidance helped shape them into what they are now and, more importantly, helped market them to the broader trade market beyond Bolkan. Suddenly, her isolated people were now sought out for their crafts and trades, and many Bolkhyn merchants carrying consortium-sanctioned goods find great success abroad and overseas.
Akara is well known by the people of Kamigon for her ambition and dreams of making Bolkhyn crafts a worldwide staple. In some nearby regions, this has already become true.

Beginning her career as an apprentice glasscrafter, Akara was enamoured by the visual arts and their application to the trades, and sought to bind them as one. In her time as a young glasscrafter, the art of combining her craft with architectural techniques was not unheard of, but was not yet the defining trait of the glasscrafters' guild. She worked her way through the ranks of the glasscrafters' guild quickly, through a combination of skill and innovation, and a dash of professional cunning. Earning herself a seat at the grandmasters' table, Akara was the youngest guild member to be appointed a grandmaster seat in the guilds' history, at the age of 28.   Through demonstrated ability in leadership, ambitious visions for the future of the guilds, and a dedication to the elevation of the trades as a whole, Akara was appointed leader of the Blackglass Consortium after ten years as a grandmaster of the glasscrafters' guild.
Curate your experience!

It takes far more than cunning to rule in the trades. One must stoke the fire burning within.

Akara spearheaded the movement in Kamigon which popularized the trades on a mass scale, pushing greater prestige onto tradecraft professions, as becoming recognized as a grandmaster in many trades became more competitive than ever before.

Akara was quoted to have said that she much lamented having to choose between one station or the other when asked to take on the mantle of Master of the Blackglass Consortium, but had no regrets in leaving the glasscrafters' guild behind to accept the position.
Children

Answering: "a great leader of their people"
Visit strixxline's Competition Page Check all other answers to this prompt Competition Homepage