Born of the Mountain

Article by Shpjokk. Several pieces of information compiled and/or taken from Player's Handbook.

The Mountain dwarves of Thalassar are stout, strong people. For millenia they have lived under the mountain, and they have constructed, forged and created to their hearts' content. Mountain dwarves live under the mountains of Thalassar. Less amicable to life on the surface than hill Dwarves but generally not as far underground as Duergar. They have lighter skin and more vibrantly coloured hair than hill dwarves, but the same general appearance.
Mountain dwarves put more stock in the old ways, dating back to before the Great Dragon War. Having never broken from their ancient traditions, mountain dwarves hold to their ancient allegiances with Bahamut and count the metallic dragonborn as close allies. They tend to favour heavy armor and weapons and take great pride in their hair and beards. Mountain dwarves dislike dragonpowder weapons, siege weapons and engines of any kind, and their personal Peacekeeper forces are armored with old, intricate and well-made armor and weapons.
Mountain dwarves are the descendants of three great primary clans; the Forgefinger clan, the Oremountain clan and the Peacekeeper clan, the largest of the three, whom started the original Peacekeepers. Many smaller clans have sprouted from them since, but the three main clans still hold strong in Thalassar to this day.
Mountain dwarves are slightly more susceptible to sunburn than humans and commonly wear hoods or wide brimmed hats if they are forced to be in the sun for prolonged periods of time.

Regardless of gender, physical strength and artistry is coveted. 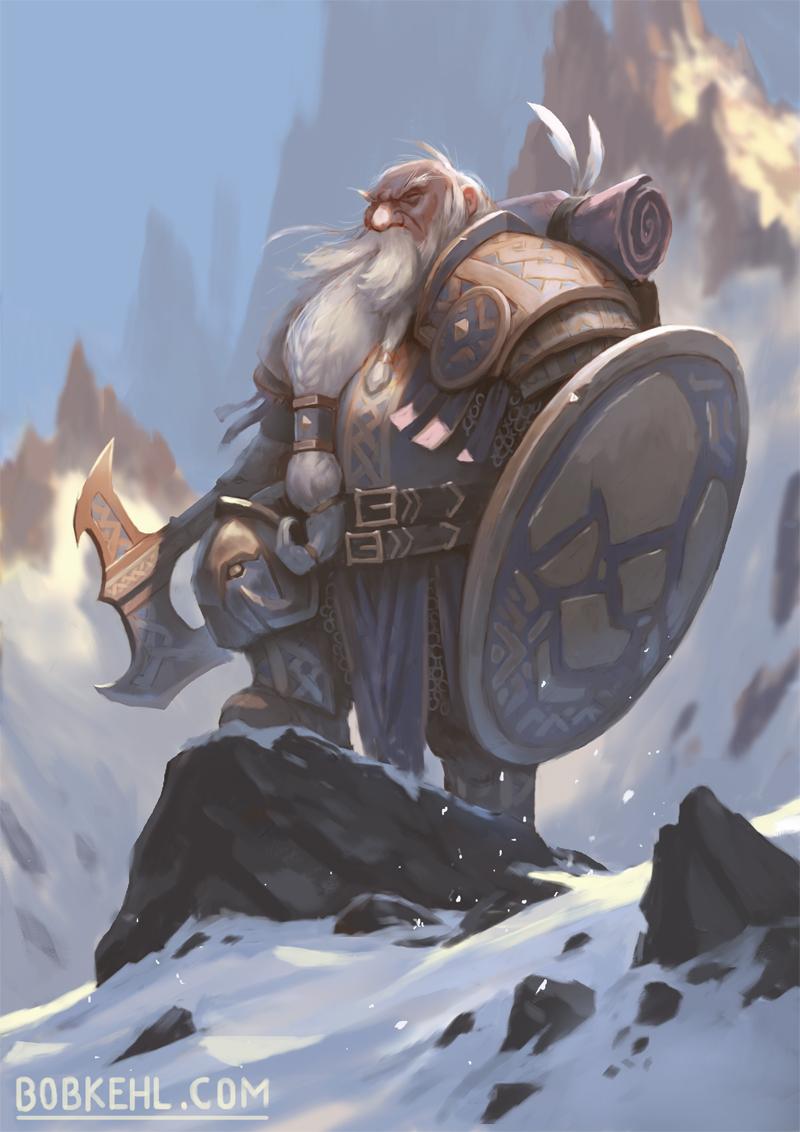 Darkvision. You can see in dim light within 60 feet of you as if it were bright light, and in darkness as if it were dim light. You can't discern color in darkness, only shades of gray.
Dwarven Resilience. You have advantage on saving throws against being poisoned, and you have resistance against poison damage.
Peacekeeper Combat Training. You have proficiency with the battleaxe, handaxe, light hammer, and warhammer. Tool Proficiency. You gain proficiency with one of smith's tools, brewer's supplies, or mason's tools. You also have proficiency with light and medium armor.
Stonecunning. Whenever you make a History check related to the origin of stonework, you are considered proficient in the History skill and add double your proficiency bonus to the check, instead of your normal proficiency bonus.

Languages. You can speak, read, and write Common and Dwarvish.