Article by Shpjokk
The Drow culture has changed since they were banished to the World Caverns. Drow were once of those who attempted to usurp the throne from the Silver Queen. They failed, and were subsequently banished from Elven lands and were forcibly teleported to the World Cavern. Generations spent exposed to the wild magic of the world cavern twisted and warped their bodies and minds, making them even more cynical, cruel and aggressive. The energies also stunted their height, and altered their eye and skin colour, but granted them exceptional darkvision.
In general, a Drow is shorter than the average elf. They still carry what are clearly elven traits, but their dark skin, silvery or fiery hair, and often red eyes are a clear indication that they are something different as well. Their builds are also stouter than most elves, and they seem more human in structure. If they hide their ears, it is easy to mistake them as darker humans.
Drow strive to be perfect. They despise the high elves and their silver queen, and in quiet jealousy, handed down for generations, constantly strive to be even more perfect than any of them could ever even hope to be. This constant striving for perfection permeates the life of every drow, and is something that is taught rigorously throughout their lives.

Drow speak an ancient dialect of high elvish. Often it sounds like someone would be speaking an archaic, outdated version of a language with older grammar and expressions, with some unique slangs added.

The Drow all do their utmost to look perfect. Their entire society is built around showing that they are the most perfect, and that none equal them in perfection. Consequently, the art of passive-aggressively coaxing your enemies into cracking their masks of perfection is a very classic political game that the Drow play.

Drow value perfect behaviour. To upworlders, it would be a blend of honor, duty and self-service, but the Drow call it "perfect behaviour". This means that one respects the hierarchy, behaves courteously to peers and stangers, but actively works to develop one's own agenda. It's not unusual that a child backstabs their parent to take control of their holdings. Surprisingly, however, a drow parent being backstabbed and unable to see it coming may be feeling quite proud of their child for a perfect execution, despite all the upset that they got backstsabbed.

Courtesy and politeness is seen as a must, and maintaining face is an utmost social importance. Showing your kindness, gracefulness, and perfect behaviour is what all Drow strive for.

Drow dress extravagantly, dramatically, and multicolored. They look for anything that they can dress in that "heightens their perfection".

Drow see extravagant colors and unblemished, pure appearances to be the most beautiful. They constantly seek to look as perfect as they can, even though it may be next to someone who they are very close to. Indeed, they often feel like they have to look their best constantly for the one they love.

Drow, having come originally from the Silver Spires, holds a social structure remnant of their high elven ancestors. Therefore they, too, covet women far more than men, and here too lesbian relationships are a common occurrence. However, the drow are driven by passion and emotion rather than cold logic.

Dark elves covet perfection. Items they covet are often cut gems, perfectly crafted handiwork like clothes or maybe a perfectly balanced sword or pets of beasts from the World Caverns.

Drow often look for politically powerful partners, but because they feel emotions much closer to how humans do, they can just as well find people they genuinly love, and look to establish a romantic relationship with.

Ironically, the Drow are led by the Dark Queen, a position of power that is held by the one deemed closest to perfection. Though on the front a democratic rule, the elections are rigged every ten years they occur, and the position of Queen is something every Drow covets. Being leader of the Drow is just as much a mark of true power as it is a clean mark on your forehead. 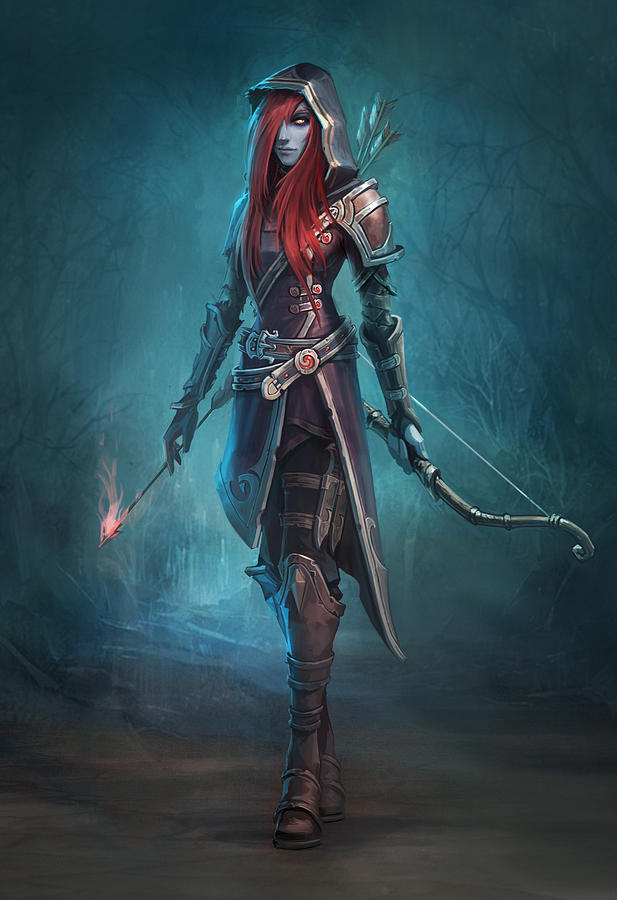 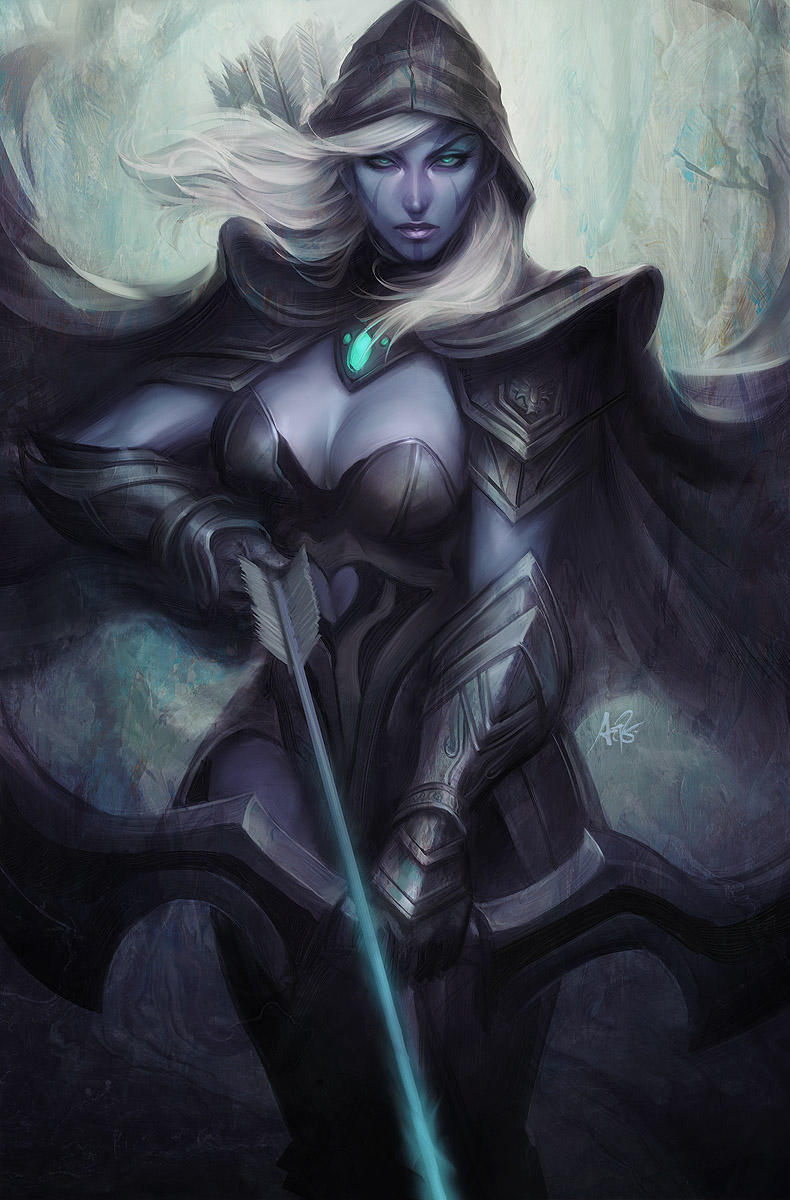 Superior Darkvision. You can see in dim light within 120 feet of you as if it were bright light, and in darkness as if it were dim light. You can't discern color in darkness, only shades of gray.
Sunlight Sensitivity. You have disadvantage on attack rolls and on Wisdom (Perception) checks that rely on sight when you, the target of your attack, or whatever you are trying to perceive is in direct sunlight.
Keen Senses. You have proficiency in Perception.
Fey Ancestry. You have advantage on saves against being charmed, and magic can't put you to sleep.
Trance. Elves meditate deeply, remaining semiconscious, for 4 hours a day in place of sleeping. You gain the same benefit that a human does from 8 hours of sleep.
Drow Magic. You know the dancing lights cantrip. When you reach 3rd level you can cast the faerie fire spell once with this trait and regain the ability to do so again with a long rest. When you reach 5th level you can cast the darkness spell once with this trait and regain the ability to do so after a long rest. Charisma is your spellcasting ability for these spells.

Languages. You can speak, read, and write Common and Elvish. Their elven dialect is ancient, and quite hard to understand for surface-dwellers.