We swear to the name of the Oathlord. To him call out the contents of your heart and a vow shall be sworn and be bound. Blessed be Alehi.
— The Sixth Scripture

Kho Alehi, the Healer; the Divine of healing, medicine, mercy, oaths and protection. A Severed God who was created from a fragment of the Creature of Beginnings in the Age of the Crucible when it fell like a star upon the world, merged with the soul of a young Cura man. A new god was made and has existed since.

Kho Alehi was born as Alehi, a Cura boy to a family of minor squires - famous for their families green touch. His father and mother were Chief Gardeners to the rulers of Curaslin. Kho grew up among the plants, and fell in love with waterlilies. It is for this reason they remain his sacred plant.   He set his heart upon pursuing healing magic at a young age and so attended the White College to study the arts. He finished his studies and returned to assist his ailing father in managing the family estate. While journeying to one of the royal families outlying farms, his entourage made camp. He awoke - along with most of Macalgra - to a sky lit in blazing blue fire, and was one of the few souls unfortunate enough fall victim to the falling pieces of the Creature as they desperately sought a new host.

Pain everywhere. The stink of burning flesh. My flesh . . . . A scream echoed in my ears, and dimly I came to the conclusion it was me that was screaming.

Alehi emerged from the ashes a new creature - Kho Alehi, part god and part man. A burning forest all that remained of the place where he had slept hours before. It took the new god many decades to overcome his new existences challenges. In a moment he had unlocked every memory of his past lives, and a sliver of the great knowledge of the Creature - that tiny droplet enough to send most mortal minds mad.   For centuries Kho lived in isolation, creating a realm for himself where he hid from the memories of the pain. It was only centuries later Kho Alehi returned to the mortal world, when his desire to heal and help the sick resurfaced. It was then he laid the foundation of the Order of the White, gathering followers - layhealers and priests who built the first shrines to Kho Alehi, though a formal organization did not begin to be built for thousands of years more.   Alehi became beloved of his native people for many centuries, and his greatest center of worship was in Celreyelda until 1950 YSB. It was under the leadership of the Mirarthglin Aeto that Alehi tore down his temple and left the city forever, in disgust at the behaviour of his people. It was then he became the Oathlord, for he swore to demand honesty and truth from mortals if his own people would not practice it.   The Order of the White was established a hundred years later, and Alehi has had no holy city since.

Kho Alehi is the patron god of the Order of the White, worshiped by its priests, and through them facilitating the healing of mortals. He is one of the few Divine who grant holy contracts to mortals regularly, supplying budding magicians with great power to do deeds in his name. He is worshiped as Khlei in the Liang pantheon, and the Green God in Forjorni folk religion.

Kho Alehi will answer almost every supplicant, and asks little in response. To summon the Healer, call upon his name under the boughs of a tree at midnight. Though it is easier perhaps to simply find a local priest of the Order of the White if all one desires is healing.
— Hadan's Guide to Summoning

The Sixth Scripture is the holy word of Alehi, written down a thousand years ago from pieces handed down in oral tradition by his lay priests. He is one of the few divines to have a holy book. The scripture is mostly concerned with medicinal practices; guides to herbs, plants and spellwords, as well as hygiene and diet. It contains few actual holy words; primarily several rules regarding the behaviour of his priests and an account of the Divine's origins.

The foremost symbol of Kho Alehi is flowers; Waterlily flowers are particularly popular as a symbol of the Divine. Waterlilies are often cultivated in ponds at his temples. This symbolism of Waterlillies is often said to be due to Kho Alehi's love of them in his mortal life. Statues of his mortal form, a youthful Cura male with curled hair, are also often erected.

The tenets of Kho Alehi are informal, and are not codified or written down. His Order generally holds there are just two: To do no harm, and to do everything possible to prevent harm. These sometimes contradictory tenets have been debated endlessly in the eons the Order has existed. 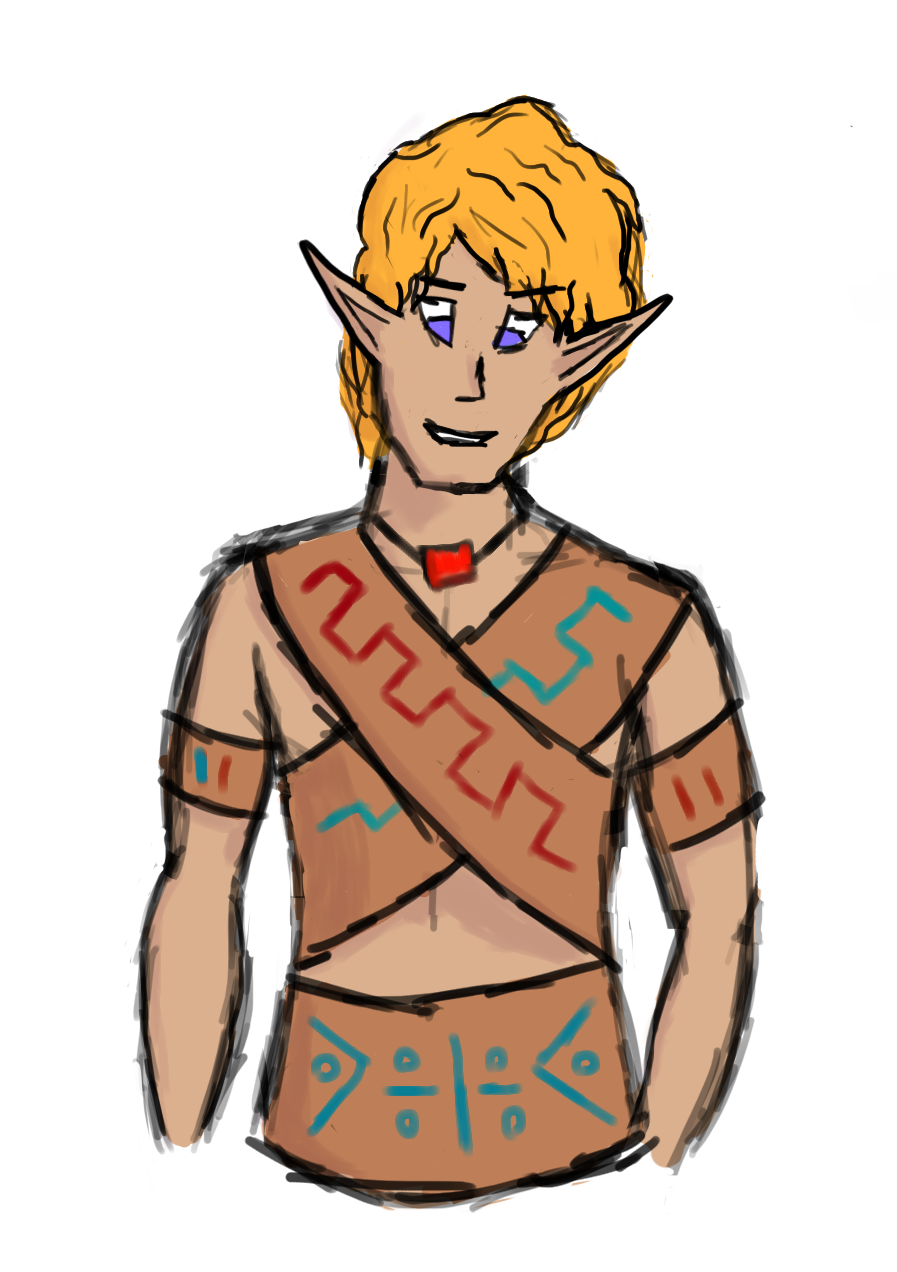 The priest was solemn, the papery skin of her old face pulled into an expression of anguish. She paced before a statue, her robes brushing the floor as she crossed the length of the granite floor, her breath slow and measured. Each deep suck of air measured exactly as she tried in vain to calm her burning pain.

"Why do you suffer in silence?"

She paused mid step to raise her eyes to a youthful man - barely old enough to be called a man - who stood at the door of the sanctuary. Soft light flowed through the air around him, making his skin glow despite its olive colour. She glanced between the man at the door and the statue in the alcove behind her, her anguish twisting into confusion on her face.

"You are too selfless, Gedil. You sacrifice your own pain for fear I would not heal one of your supplicants. I have no quota, my servant. I heal all who ask." He smiled, pulling the elderly lady to her feet. "Am I not the Answerer, the Healer, the Mercy?"

She smiled softly, abashed. "You are."

This article was written for the pantheon master's challenge on the WorldAnvil patreon.

I have so many questions about your god, what is a severed god, what power does he have, how did he rose to be a famous god followed by a large church? Interesting character, I want to understand more what happened during his life :)

Hi Arka! As my world works, all my gods have whatever powers they really please. They are in essence powerful magic casters, though many of them specialise.   As to Severed God - A Severed God is any of the gods formed from the fragments of the Creature of Beginnings. :)   As to how he rose, well its story I'm not quite sure about yet.