Death is, for most at least, the final act of their life. Yet it is not the end and neither, as some religions argue, is it truly a new beginning. Death is a great circle, each life a step on the way to immortality, towards a escape from the cycle almost eternal.   The Immortal never knew death, and when they made mortals, they gave motion to life. Frugi and Drewel set in motion the circle - death, life, rebirth - that pervades the life of all mortal species. It was in many ways a cruel irony that death was made by the deathless, for they did not understand their own immortality and so could not replicate it.   Mortals have sought answers, solutions, and cures to death since their birth. To not die is many mortals greatest wish. Magic, necromancy and science have all been applied to the problem, with varying success.

Though many cultures have beliefs about death and the destination of the soul after it, very few of them are true. Death is a mystery to mortals, and their fear of it inspires great creativity and dedication in the ceremonies that surround it. They honour their dead with great monuments, ceremonies and sacrifices.   Death is the one aspect where the Divine hold true responsibility. Death was their curse (or perhaps gift) to mortals. They have therefore been forced to take control of its consequences. Ramio holds sway as god of reincarnation, and Ayel as god of the dead warrior.   There are two destinations for the dead mortal soul. Some few ascend to Desper, the realm of Ayel. It is there that the souls of the unjustly murdered soldier and the honoured warrior alike are taken, for their eternal reward. Most other dead ascend to the The Silver Halls, where they await reincarnation into a new life, continuing the cycle.   Yet in the many who die and live every day, some are missed. These spirits become Shades, immaterial beings who struggle to hold onto the world without a body. Many will resort to possessing inanimate objects, often homes, and haunt them. Others fall prey to Shelgoth, or slowly degrade and disintegrate without a place to call home.

Reincarnation is the cycle set by Frugi for mortals, when she discovered their fragility. It is in reincarnation that souls are granted immortality. They continue in new lives, growing and accumulating power. As the soul grows with each reincarnation, magic is born within mortals; elder souls granting the power of magic.   The reincarnation of souls is the realm of power of Ramio. He and his servants place souls within the new born, guiding them into new vessels to their next cycle, and guard the Silver Halls where souls wait in limbo. The Feos are the psychopomps of Ramio's consort.   When souls grow too quickly between reincarnations, they will at times split off a second, smaller soul. These souls carry an intrinsic link to their parent, and become bonded. In each life, they often find themselves together - be it as friends, brothers in arms, lovers, family or enemies. 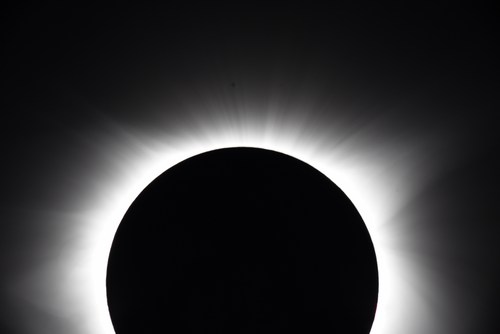 The truly ancient soul, of which there have not been a great many in all the ages of the world, sometimes leave the cycle of rebirth. Their power grants them the ability to ascend beyond a mortal body and become lesser Familiar or Divine.   In death, the Soul remembers all that has happened in its many lives. The afterlife, limbo, is the one time that a mortal is truly themselves, their mind clear of the fog of physical form, able to access all their lives and memories.   Ascension is a painful and tricky process. The memories of the soul often conflict. In one life, a murderer, in another a healer. In some lives, a man, others a woman, sometimes not human at all. The process of putting these fragmented realities and memories together to create one, coherent being is not always successful. Many an ascended soul has gone mad with the contradictions of their existence.
The Arcane

I really like the prose for this. The text flows well and the narrative while brief is exciting. The hook of the gods having gifted/cursed mortals with death is a interesting one and something that could be used very well as motivation for anti-deitism.   The fact that in doing so, they were forced to take responsibility is interesting as well, as that means divine domains and tasks are more malleable.That in itself makes the gods more interesting for me and its a great little detail that I feel many miss in making gods to absolute and static.   There is much I like about this article, from the Buddhist inspired styling around reincarnation and reaching what could be considered this worlds nirvana. Especially since it leads not to nothingness, but a new role as Divine or Familiar. Something that makes for interesting story hook.

Thank you! Glad you enjoyed it.

This is a good brief article on the subject of death. I like the Buddhist tone of "it isn't an end or a beginning, just a cycle" and how your goal is to escape from the mortal coil. However, I have some questions: Are there scientific or historical bases for your myth? Is it just that, a belief, or is there evidence to support it?

The gods themselves know it to be true, since they do the job of picking up souls and reincarnating them. But not all human/mortal cultures believe in this view of death. Many have created their own versions. They, as a whole, don't believe in the Divine - only small pockets do.   There is some scientific knowledge on the soul. There are theories on reincarnation, and how it ties into magic, but those theories aren't popular knowledge - more of an academic area.

As other commenters have noted, the writing here is very strong. The layout, too is very well thought out. I particularly like the idea of Ascension, though I’m a little fuzzy as to its specifics.

What parts weren't very specific? I'd like to clarify that section as I admit I wasn't too confident in it either.

Well, mostly that I’m not sure exactly what you mean by “power”

Ah! I shall clarify in the article then. Thank you