The Aeondra are the native inhabitants of Meos Soaer. The faun-like people have occupied their island homeland for thousands of years, though they also are found abroad in many locales. Their society evolved in relative isolation from humans until the colonisation of Pascent by Suran settlers, when contact with settlers proved devastating. The Massacre of Meos left thousands dead and their sovereignty was crushed.   Today the Aeondra have dwindled in number, and few remain on their island. Significant expatriate populations are found in Naeus and Juventius, Morioka and Lissimo.

Aeondra are roughly human in shape. They are taller than human-standard, with generally less muscle mass. Members of the species have two livers and four kidneys, which contributes to their high tolerance for alcohol, some poisons and anesthetics. They are however extremely sensitive to methanol as a result, metabolising it faster than a human. Aeondra also have a slender, prehensile tail and advanced senses of smell.

Aeondran possess large, curled horns. These range in number from one to four, and usually curl backwards from the forehead. Their ears are pointed and furred, and their nose is deer-like with a furred tip. Hair colours vary from brown to blonde, and light blue or aquamarine. Aeondran eyes are almost exclusively a light green.

Aeondran are traditionally named for ancestors, with the belief that invoking the name of an ancestor will summon their spirit to protect the child. Almost all Aeondran names are gender neutral.

Traditional Aeondran thing is limited to loincloths for males and simple linen dresses for females, though they have adopted local dress where they have settled abroad. Jewellery usually is fashioned of leather, feathers and small semi-precious stones.

Aeondran architecture features complex geometrical carvings, and significant titanic stone work. The quarries of Meos Soaer are plentiful, which contributed to their customary granite monoliths. The walls of Anoixte are their most famous achievement, carved with hundreds of twenty foot statues of famous ancestral figures. They are, as a whole, an extremely peaceful species, with a strong connection to nature. Many members of the species dedicate themselves to Shiood, Divine of Beasts - who they call Aseom. 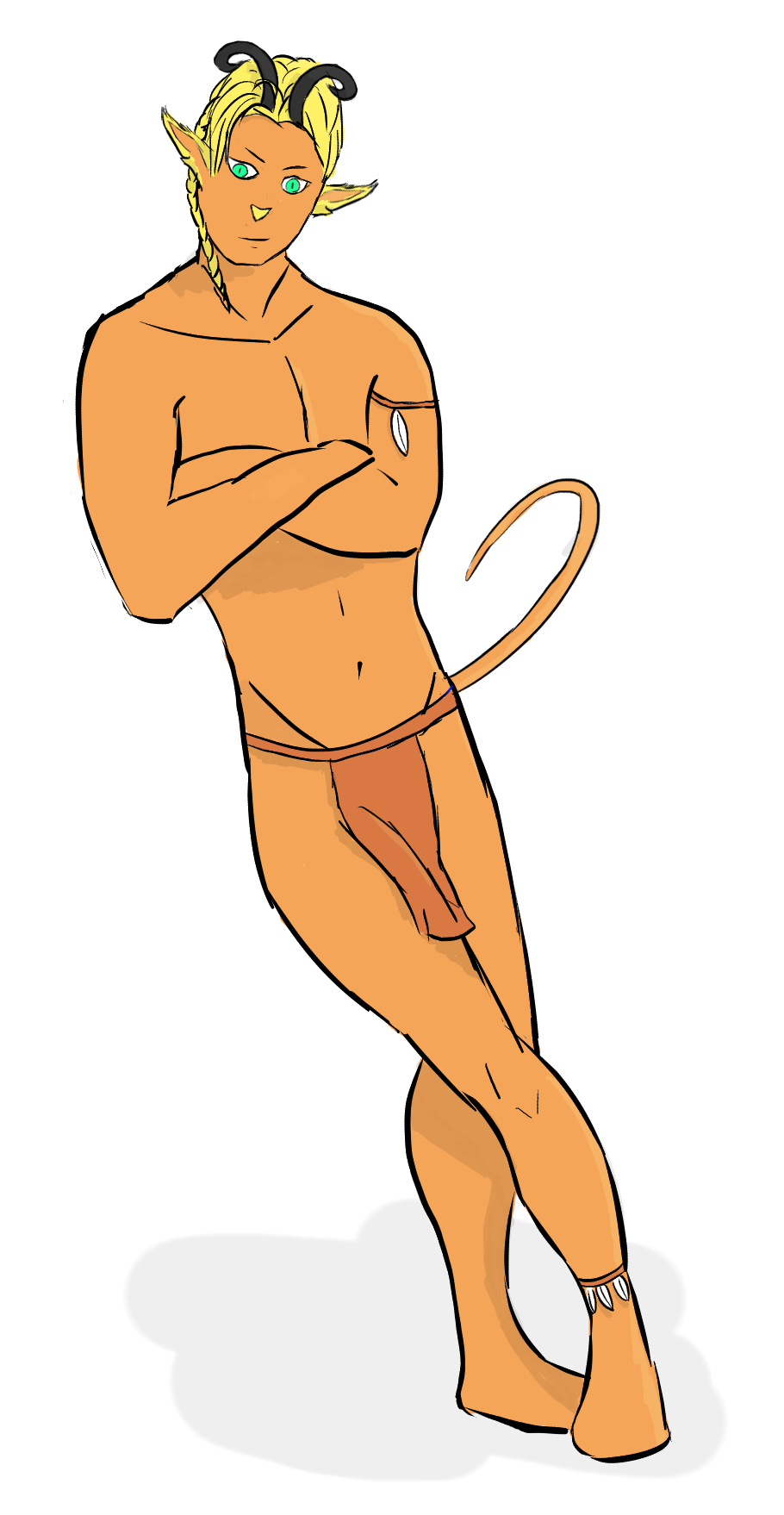 I like it! Are there any prominent Aeondra character within Meos Soaer that I can look at/look forward to seeing?