Beatrice Moss
A place of Decay and Abundance. A place of desperate perpetuity. A world eradicated and reformed.

Long, long ago, the world shuddered and breathed its last.

The land twisted and roiled in the chaos of cataclysmic rebirth . The soil itself buckled and folded in on itself, claiming entire civilizations and crushing infrastructure to dust. Nations fell, topography boiled, entire continents rearranged beneath the feet of the doomed. Yet, within the totality of obliteration, a new world clawed its way out of the ashes of what came before... and with desperate, limping, uncertain steps, began to rebuild.

In Lyx , you play as an inheritor of a broken, ancient world and the many artifacts, complex beyond your understanding, that it left behind. You have only known a life of desperate survival among the bones of what perished long ago. You and your kin are scavengers living in the burial grounds of an ancient, highly advanced civilization that suffered utter ruin, picking clean the carcass of an incomprehensibly powerful empire that, in a time lost to any existing records, met an inscrutable, cataclysmic fate. Your ancestors salvaged what little they could of what they'd lost, somehow survived the horror and, after decades of unbearable hardship, began to rebuild. With each passing generation, memory of what came before slipped through the fingers of the known and became vague myths and ancient superstition; nobody knows what happened here, but you reckon something big must have happened to leave all these ruins.

The world is shared among many- the monastic Amkha of the northern mountains, melding their bodies with the mechanical in symbiotic reverence of the ancient machine-spirits they find among the ruins; the militaristic Trusik Consortium , spreading unchecked across the plains in never-ending conquest; the united clans of the Ibbek , machine-worshipping cults spread across the deserts of the south; the many families of the Matrica , a mercantile clan with vast bartering networks spanning the ruined coast; and many, many others, some prolific, some obscure. The innumerable descendants of the old world exist alongside each other in constant competition, fighting for territory and resources, the lines between their nations always shifting. Among them walk the Machine-Kin , archaic automatons of mysterious origin, some of whom find their place in organic society, some seeking out their kin to form clans of synthetic nomads, and others still stalking the blasted landscape as mindless, feral predators.

The wastes are dangerous- travelers unprepared for the many perils of the Lyxian wilderness will inevitably meet a terrible end at the hands (or jaws, or spines, or augmented weaponry) of any number of the many awful things that live there. The Trusik patrol the wastes & are merciless in the conquest of their neighbors- they are just as likely to subjugate outsiders as they are to killing them outright; the synthetic plague, Solace , a hive mind of infected machinery that abducts and forcibly augments the denizens of Lyx with their terrifying Proselytization Engines so they can better serve the Hive as their thralls; titanic, mindless synthetic beasts tearing apart the landscape and feeding on anything smaller than themselves; the many bands of raiders and pirates that eke out their survival on the spoils of those unfortunate enough to cross their path unprotected; corrupted wildlife, irradiated & warped by the Flux & turned dangerous and ravenous.
--- 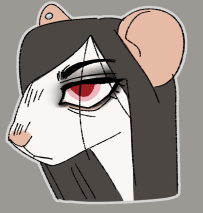