The city of Starling prospered. As a rich economy with a healthy trade stemming from a skillful population, the middle class and tradesmen made up the largest part of the city's population. Food was plentiful, opportunities were vast, satisfaction was high and the weather was wonderfully mild. A warm, clear, if slightly dusty early spring day.   And the world shook. A man simply held on to his hat and walked a bit faster. The tremors had become a regular occurrence. You simply tightened the grip on your items and hoped you didn’t drop anything, while the world moved as soft waves under your feet.   A pre-teen passed the man, bumping into him slightly, moving onwards. He never noticed. And the world carried on. The shaking stopped.   Two children ran across the paved streets, screaming in playful joy as street carriages effortlessly continue down the streets, not slowing for the passing children, knowing they would not be hit.   This carriage was important, not in the sense that it was unique, there were 38 others just like it, on their way to drop off the workers and goods they transport each day, The sun glistening across the carriage’s golden felloes, drawing the eye to the large wheels, and away from the wood that makes up the main body of the carriage. A common holly wood. The decor on the wooden walls looking less expertise when beholden by the skillful eye of a master, not as detailed as the intricate shapes on the wheel. Subpar, but adequate.   In ten years this carriage’s wheels will be hung from a wall on a brothel. On one of many who will spring up in the shadier districts. On the poorer streets, there will be many more.   The carriage’s wood will be burnt as fuel for a homeless man trying to warm his feet. Like he will burn many things to keep warm, as he burned the bridges with his family for warmth.   This carriage does not have a future. It is worthless. Junk. But the carriage does not know this yet. The carriage will never know this, nor will it care. Because it is a carriage.   Wheels spinning, it rounded the corner, entering thru a large artful gate. Downwards along the street towards a castle with a large garden. Stopping by the worker station to let it’s passengers off at their destination.   Archdale Castle, a grand destination, employing more people than is probably strictly necessary and from which a beautiful castle tower gently stretches upwards. This is where the most treasured of Duke Archdale’s staff work. A vain but indulgent man. The castle tower, visible all the way from the south school avenue, students looking out the windows on the higher floors, imagining working there. The life they could live, the Duke is fair, he does not discriminate.   This particular carriage has moved workers all over the city for 7 years since it was made. Today it was doing the westside castle route, starting earlier this morning with dropping of passengers and goods before dawn for their first work shift, and then ferrying the night workers back to the central station. Temporarily reducing the workforce significantly as the shift workers exchange places at the castle station.   After that, moving on with the East Rosewood row, continuing on along the Northley street, looping around the city and stopping by the South School Avenue and ending up back at the Archdale castle around 12, just in time to pick up the morning workers waiting to return home. This carriage would not return home.   Another tremor starts. Nobody is alarmed at first, but when it carried on, their worry grew. They steadied themselves and looked at each other unsure. How unusual. As the gentle waves became a tsunami the workers watched on as their world tilted.   They watched on from the ground and the rubble as the tower cracked and fell. Crumbling pieces of lifeless rock cascading down into a dust-filled cloud rising angrily from the castle tower’s ground level. The expensive furniture of the tower, ruined and crushed to rubble under tons of rocks, together with treasured underwear and precious memories of simpler times.   A dark obelisk had risen from underneath the castle tower, reducing the tower to rubble, and taking its position as the highest construct in the city. The city would never be the same again as chaos, with a bad hair day, had arrived.
RUINED STRUCTURE
Year 0 ME, noon
Alternative Names
The tower
Owner
Duke Archdale
The Archdale castle stood proud for 100 years, but the tower is a newer addition, built by the current Duke's father in his later years. 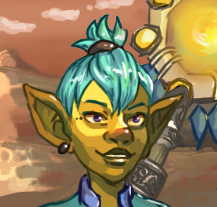 Hey, great work! Very succinct and detailed, I especially love that little quip at the end about the bad hair day. Keep it up!