The High Church of Mayim is governed my Mayim herself, however, she only speaks to a set of four High Sisters. These four sisters set doctrine and give orders to all others in the faith. Upon the death of a Sister, the others will pick a new one to replace her. Lesser priestesses and priests are selected to oversee the day to day operations in cities and provinces. Each major city has a Head Priestess and each Provence has an Archbishop.

The world is controlled by Mayim and she does so in odd ways. When bad things happen they are for Mayim's enjoyment and good things are rewards to us for obeying her. Those who worship other gods are seen as foolish or misguided, for it makes no sense to worship something that is dead.

The church's goal is to help each and every member spend eternity away from Mayim and her horrific host.

The church is quite well off. Charging money for sacrifices to be made on behalf of the faithful and receiving donations from rich and pious individuals. The church has its own military - The League of Storm - and supports many public projects. All churches, shrines, and other religious buildings are owned by the church directly.

Mayim gave birth to Humanity and killed the Gods. Each of the gods fell before Mayim and she absorbed their power.

Don't harm anyone faithful to Mayim. Worship of the slain Gods should be discouraged and pushed out.

Worship to Mayim is very mathematical. When people should attend church, give sacrifices, or see forgiveness by the Priesthood can all be calculated. Each person is expected to give a certain amount of worship to Mayim. Farmers give more sacrifices in the Spring, Summer, and Fall since there time is largely taken up with growing food but in the Winter they will attend church more often. People who fall behind in these worships are seen as unholy or dangerous people and will be ostracized from religious circles until they comply.

Most churches and temples to Mayim are all setup the same way. A large central alter is at the font with two bowls on the left and right side of it for offerings. From this alter the Priest will give lectures and services. The order of events in a normal service is as follows: Announcing of any new prophecies The Priest give their interpterion of the prophecy A song is sung retelling the deeds of Mayim or certain Saints The congregation then read a section of the Book of Prophecies and reflects on it A second song is sung Those offering sacrifices bring them forward The Priest give a lecture on how to be a better person A third song is sung All those present wait in line for the Priest to note there name in the Book of Records   Once your name has been noted in the book you are free to leave and go about your business. Services are generally once or twice a week depending on the church. There is no set day that services occur instead it is up to the local church what days to hold them on. In pilgrim churches, such as Mayim's Keep, short services are held every day with full ones being done three times a week.

Those who cannot spare time to attend church, or will be away from the city for a long time, will offer sacrifices instead. Sacrifices are generally viewed as ways of 'pre paying' ones debt to the church. While in the early days of the church the sacrificing of animals was the most popular way, in modern times this has seen a small decline. While animal sacrifices are still one of the most popular they are no longer the only way for people to pre pay. The following is a list of acceptable sacrifices in order of most powerful to least: Gold or gems - amounts totaling more than 5,000 golden crowns Bulls, cows, horses, or other 'major' animals Gold or gems - amounts totaling more than 1,000 golden crowns Crafts, works of art, and other created items Gold or gems - amounts totaling more than 150 golden crowns Caves, pigs, goats, and other 'minor' animals Gold or gems - amounts totaling less than 150 golden crowns These sacrifices are then put to use by the church. For example, any animal sacrifices are killed then all parts of them - meat, leather, fats - are used to make materials for the church and needy. The food will feed the priesthood and then the needy, soap will be made and given out, and leather boots or jackets will be given to famers and solders. While sacrifices can be made during a church service it is not required. Some view this as more holy but the church has not yet taken an official position on this. If someone wishes to make a sacrifice outside of a church service they simply need a member of the priesthood to accept it and record the sacrifice in the Book of Records. Many major churches have taken to selling animals, crafts, and other items suitable for sacrificing within their courtyards, as to allow for assurance that the priesthood will accept it.

When a member of the church has done actions that are not inline with church teachings they are expected to seek out a member of the priesthood and beg their forgiveness. This form of worship is normally used in connection with a sacrifice or church attendance. It is uncommon for someone to seek out forgiveness and not attend church or give a sacrifice. In seeking forgiveness the sinner must admit all transgressions they wish forgiven and then the priesthood will determine the correct recompense. This can be fasting for a day, a donation to the church, or in some major cases large displays of faith (such as preaching in the town square). After completing recompense the sinner's name will be recorded in the Book of Records and they will be free to go about their lives. 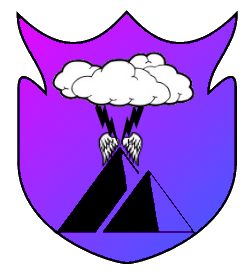 Articles under High Church of Mayim

League of the Storm

The Book of Prophecies