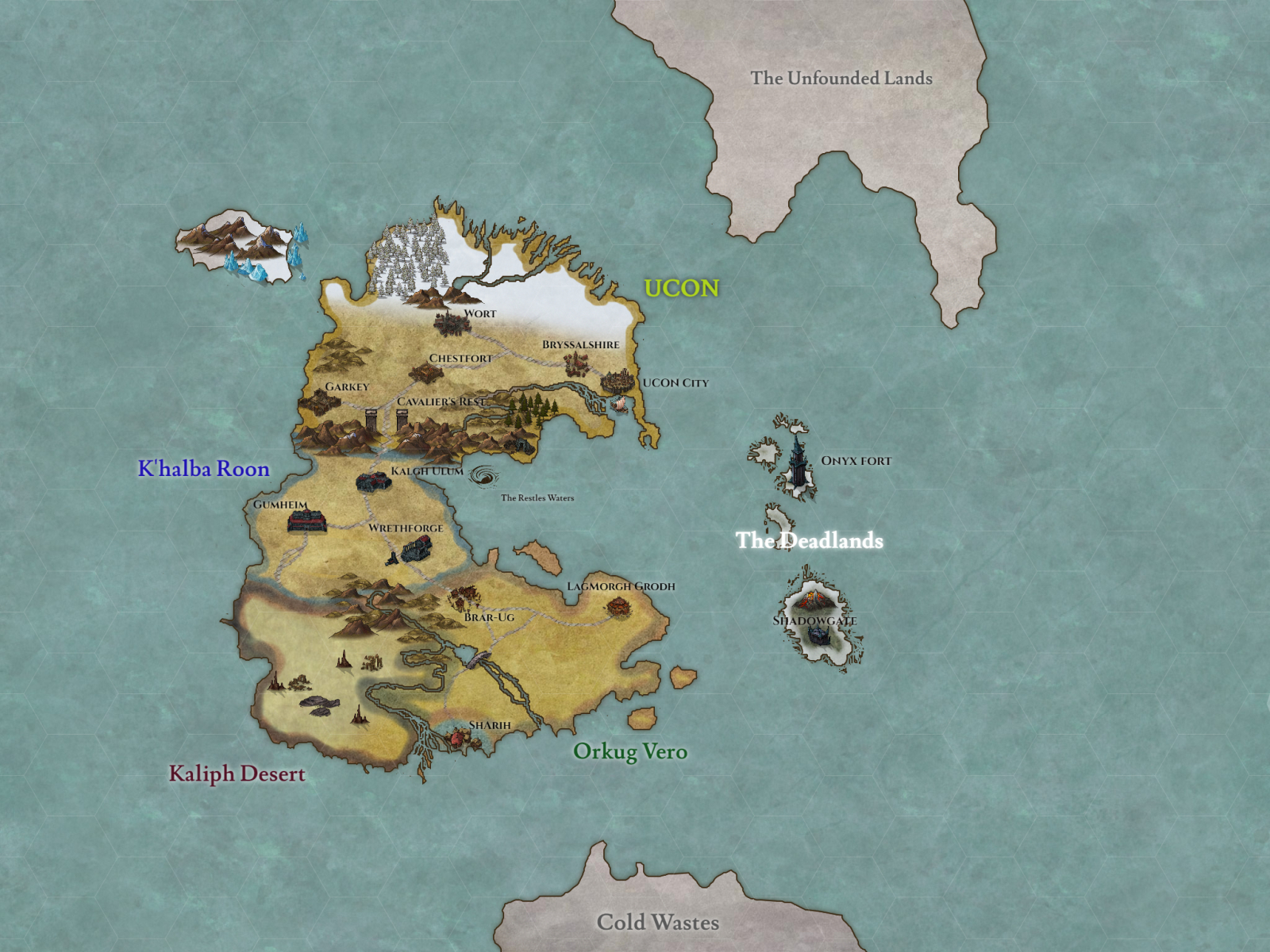 unrealmascot
A land fraught by many conflicts and a painful history. The land itself bears ever present scars. There is a fragile peace between the nations and there is a time of unmatched prosperity in the world. The relatively recent formation of the UCON has cemented a more present peace between the armies of the dead and the free peoples of the Mainland. The threat is ever present and the armies are mobilizing.   History Spanning nearly 13 centuries leads to a new spearhead. A new age dawns and the people of Lotagna must face a new world head on. In the South, Orkug Vero, a violent kingdom with little to no laws. The strongest man declares his right to do as he pleases and the people of the kingdom agree with the system. The Midderlands are dominated by the Kingdom of K'halba Roon, a militaristic state of supreme dwarven technology. The People of K'halba Roon are fed propaganda and led to believe their kingdom is the rightful ruler of Lotagna and the spiritual successor of the once great Centran Empire. The Military of K'halba roon is constantly on high alert as to the north is the one true threat to the sovereignty of K'halba roon's claims to the midderlands: The UCON. A Demorcratic Monarchy with aspirations to bring peace to the world. It was formed from the fragments of three kingdoms in the Northerlands that formed from the great northern migration of the Centrans.   A time of great change has enthralled the people as a new age has dawned on the world. A monumental cosmic event now referred to as "The Rending" caused a great rift to grow in the sky. The Rift, now devoid of stars, extended to the eastern horizon. From that horizon came the Aspieri, A race of sentient constructs built of wood and metal. They preach values of peace and promise prosperity upon the people of Lotagna but there are many who do not trust their benevolence. They see "The interlopers" as condescending and are convinced that they mean to enslave the free people of the world.   Only time will tell where their true allegiance lies.

We will find salvation in his name

Saint Shimmer's Gala for the Orphans, Poor and Other Unruly Folk.

Ex-Cleric to the god of life and death {data expunged}

Staunch devotee of Torag. Former professional blacksmith. Adventures in order to one day be the master of his own forge. Joined the brotherhood of T'thol 'cause he couldn't find any (other) decent adventurers :P.

Co-founder of the Brotherhood of T'Thol. Usually polite unless in the middle of combat. Prone to flashy techniques (which often fail).