by Rebecca Hines
Constance (Weld) Bixby is the Countess of Fearndun Grotto in Holthar. She is related to the Cadmar’s by birth. King Thomas Cadmar had three sons and a daughter. They were James, Henry, Radcliff and his daughter, the youngest, was called Landra. Landra was a good ten years younger than Radcliff, King Thomas’ third son. James married Ingrid Visser. They had three children: Edgar, Justin, and Lily. Lily married Henning Weld. They had three daughters: Constance, Faith, and Hope; and one son, Rydan. Henning was the Count of Fearndun Grotto until his death about fifteen years ago. Her mother, Lily passed away just two years later, leaving Constance and her siblings to inherit the estate.   Constance grew up amongst nobility and, although being quite a bit younger than Landra, she did spend time reading, and stitching with her and many of the other noble children. She spent her early years of education being taught to read, write and manage a household by private tutors. When she was old enough, she attended University in Goronwy Glen. Politics and Rituals were her favorite subjects and she graduated with high marks.   After University, she returned home to help her parents run their County. It was during this time that she met Cornelius . He lived in Edevane and she would visit him there when she was not needed at home. They formed a fast friendship. They courted for a year before being married. No one doubts that there is love in their marriage; in fact, many believe it is the reason why they have succeeded thus far.   When the Empresses announced that they would be sending expeditions to search the world beyond Sobukand, Cornelius and Constance took an interest. When word came that there was a site for a potential settlement in the new land, Constance encouraged Cornelius to apply to become Governor of the new settlement. His application was accepted and they made their way on one of the seven ships bound for Flint.   Since arriving in Flint, Constance has worked hard to make sure that Flint survives and thrives. She has helped build structures, has made sure the people of Flint have clothes and food, and has even tended to the sick when there was a need. One of her greatest joys is when everyone comes together for the annual Governor’s Dinner. 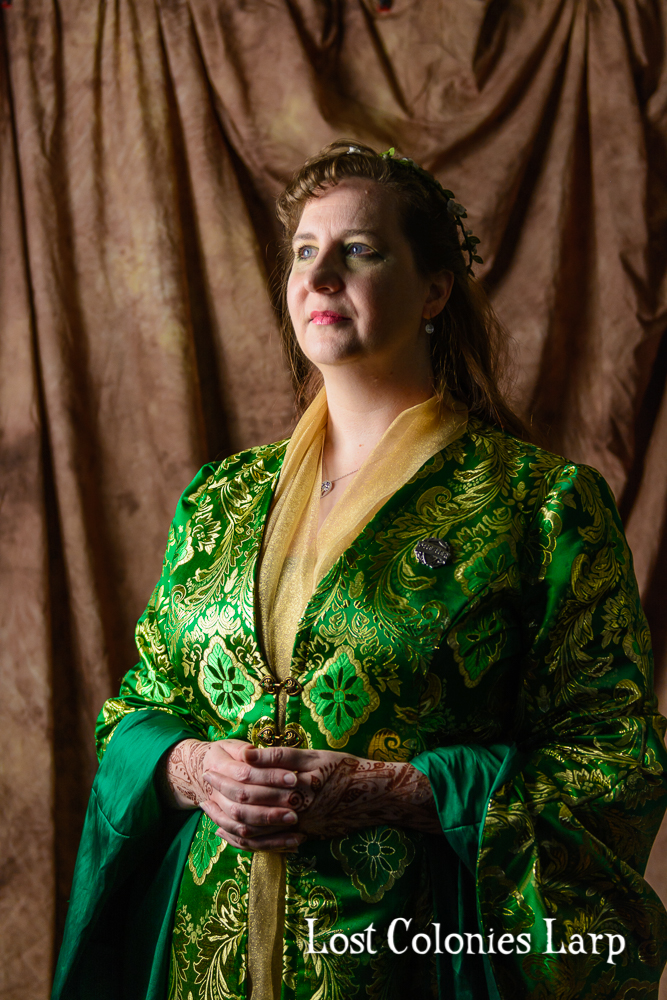