Tanks, TDs and SPGs are a common type of MAI, and they're... yeah. Tanks, Tank Destoryers, and Self Propelled Guns. They all fall into the same general category because they all share the traits of having tracks, (most of the time) most have moving turrets, and large guns fitted to them.

As with last names, MAI use similar/the same names as humans, but can sometimes be named with nouns such as names like Scout or Typhoon.

MAI use the same naming traditions as humans, and will often take on the last name of one of their crew members as they aren't assigned last names of their own. If an MAI/LAI is activated and asssigned into a family, they automatically take on the last name. This remains constant with all types of MAI and LAI.

An MAI can learn/speak just about any language they want, but their first language primarily relies on the main language of those around them. For example, You could have a unit from any country of origin, but if they aren't exposed to anything from it after activation, aside from looks they'd be none the wiser. This is because MAI aren't pre-programmed with much of anything aside from basic motor function, but learn rapidly from then on.

Tanks are generally quite lax when it comes to etiquette. Physical contact with strangers is awkward as a given, but is much more acceptable when the relationship is anything beyond that, even going as far as being allowed to hitch a ride with them.. when you ask nicely. Eye contact isn't frowned upon, either, even if it used to be near the conception of MAI. Just like with humans, it's still a bit rude to stare for too long, but come on; their eyes look neat as hell they'll understand. 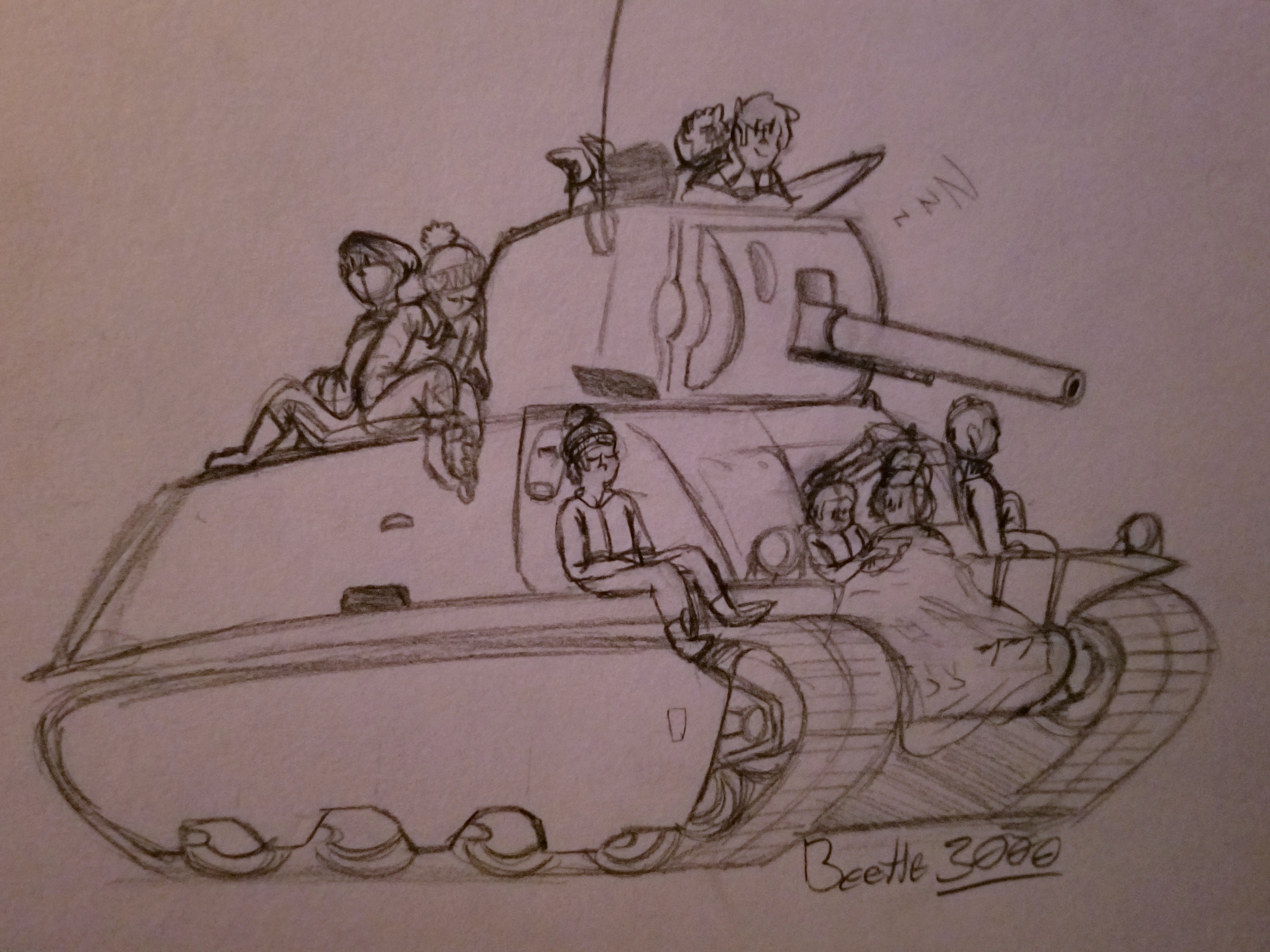 by ME, nerd
Among other MAI, it was obviously offensive in earlier times to aim one's cannon at the other as during war times they were always loaded, but now, tanks will practically face each other with them as they rarely carry rounds. It's still rude to point their cannon at a human, though, since it's much more threatening due to the power difference, so.... avoid that.

After an MAI dies, it sometimes depends on their vessel what is done with them afterwards. If it was a more common type of vehicle, say, a T-34, chances are their components would be recycled. If it was a rarer model on the other hand, parts of the AI are carefully removed from the vessel, and it is then moved to an archive/museum.

There are several prominent figures and groups in the history of tank MAI, including The Dormant Guns as a group, Atticus unit 1603 Hayle, Charleston unit 2218 'The Equalizer', and the duo of Amira and Victoria Stonewall.

Tank MAI most commonly show affection through physical contact with their partners. An action such as briefly tapping cannons together is seen as no more than an average greeting, but prolonging the contact or moving the cannon implies that there is a much closer bond between the two. Another common display is simply being particularly close to each other, it's only casual if it doesn't happen often, but if MAI are constantly by each others' side it most likely means they're together.