Otto is a more timid feral MAI that's found himself in a pack with Adrik Unit 1835, and due to trauma in his early years, it's practically impossible for him to return to the outside world.

Like the typical feral MAI, Otto has accumulated some rust and a patchy layer of mosses and smaller grasses that make him look extremely unkempt, but his reddish brown paint hides the rust quite well. His optics, though very similar in color to his paint, stand out surprisingly well.

Otto's most noticeable features are his optics and the yellow paint marking on his gun. Though it seems his orange optics should blend in with his orangeish paint, they're a specific enough color that they actually somewhat stand out. The yellow marking on his gun, though hard to see at times as it's since faded far from its original bright color, certainly makes it easier to differentiate him from other Tiger 1's.

As with most, Otto Weiß was created to fight in the third world war, and was also assigned to a human crew to both take care of him and assist him in battle. Like with the majority of MAI, he had a very close familial bond with his crew members since he was introduced to them at such a young age. He was practically raised by them, and saw them all as his brothers and sisters. During a particularly bloody battle, his front armor plating was pierced by a stealthy tank destroyer on the enemy side, and his assistant driver was fatally wounded; they died before they could even be removed from his hull. Evidently, this scarred him terribly, and he was inconsolable for weeks over how it was his fault that they died; if he'd just angled himself right, if he'd just fired his last shot differently, if he'd taken cover elsewhere, maybe they would still be alive. Over time, it seemed like he'd recovered from it, but on one particularly noisy night, he disappeared from his division's encampment without so much as some tracks leading into the woods that were cut off by a river. 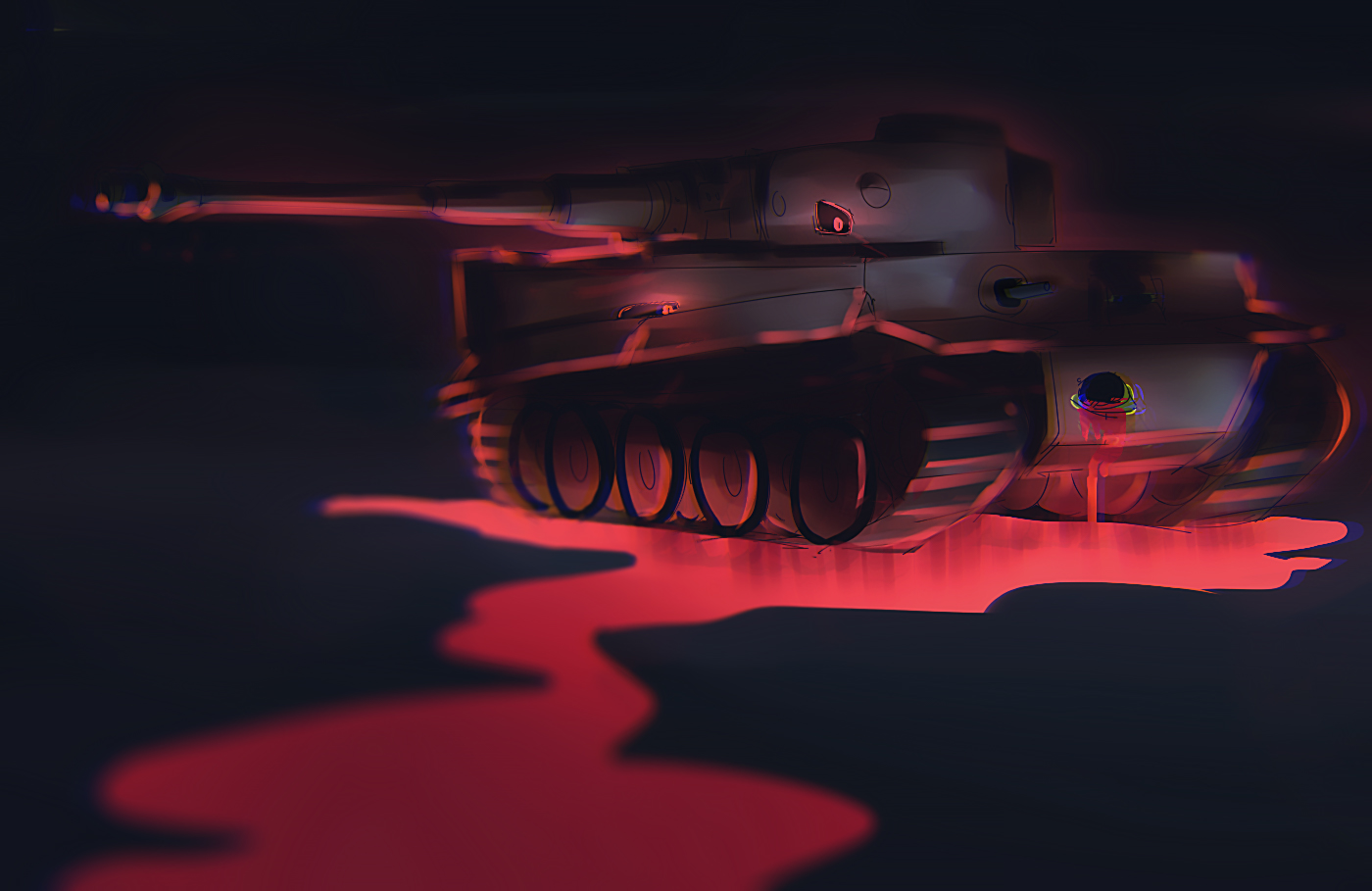 Otto by Arty
Throwing himself into unfamiliar territory so suddenly didn't help as much as he'd initially thought; being alone with... your thoughts, after such a traumatic event isn't exactly a desirable experience. With so much time to himself. Otto didn't have much else to think about beyond what he perceived to be his fatal mistake, and the self blame and fear of hurting others that had manifested quickly turned into a full-blown fear of humans. Every so often, he'd stumble across a small town or another war encampment, and his main decision was to always turn tail and drive until he couldn't hear the faint chatter anymore. He lived seemingly on the run from his fears until he stumbled across a fellow feral MAI; an IS-2 named Vera. Obviously being from opposite sides of the war, they didn't take very well to each other, but as they were both alone, what was the point in fighting? No one was there to make them. This meant that they simply tolerated each other for the longest time, but slowly became acquaintances. In the present day, they're still in the same pack and have become much closer as friends.

Due to his early traumatic experiences and lack of help to assess them, he has a great deal of trouble even being near humans out of fear of accidentally harming them, and holds a lot of self blame for things in the past that weren't even his fault.

He doesn't have much in the way of motivations, he just wants to live out the rest of his life comfortably in a place where he can't really bother anyone.

Though he doesn't like being around humans, this fear doesn't extend out to other organic beings. He's actually grown fond of wildlife, and can occasionally be found sitting dead still in the middle of the woods or meadows so he can watch the animals pass by without disturbing them.

Despite his flaws, he's a genuinely kind individual who just wants the best for the people around him, even it it's at his own expense.

Oddly enough, Otto tends to stutter when he's nervous, which is something that MAI usually don't do at all. It's evident that it's a pattern of speech he picked up from a human at some point before the incident.

Unbeknownst to some, a lot of MAI have names that may be play-on-words or references to other things, like famous people and brands; Otto is not one the the units exempt from this. When he was named by his crew, they collectively decided that his name would be an English pun. If you write out his name formally, "Otto D Weiß," out loud it sounds a lot like "auto device."