Why do they exist? People just..... really like military-esque bots

Faux-MAI appear as regular MAI, but are slightly smaller and softer around the edges, but in reality, they aren't MAI at all! Faux-MAI are simply Livastian AI designed to look like military hardware, and that begs the obvious question, why?

Why Do Faux MAI Exist?

The answer lies within the order of Livastian society and MAIs' place within it. In the time we know as present day, MAI certainly aren't a very common group, but they're one of the most prominent as they are the first real LAI. Along with their demeanors, over time, they became a quite well liked minority by the majority. This is where the problem surfaces. MAI aren't immortal, and due to the nature of their creation, they'll quickly fade out when the majority reach the end of their lifespan. This made out to be a cause for concern to other LAI and humans, as MAI are such valued members of society. What was the odd but favored solution? To start making regular Livastian AI that looked like their military relatives. It sounds pretty odd, but it seems to be working out just fine. 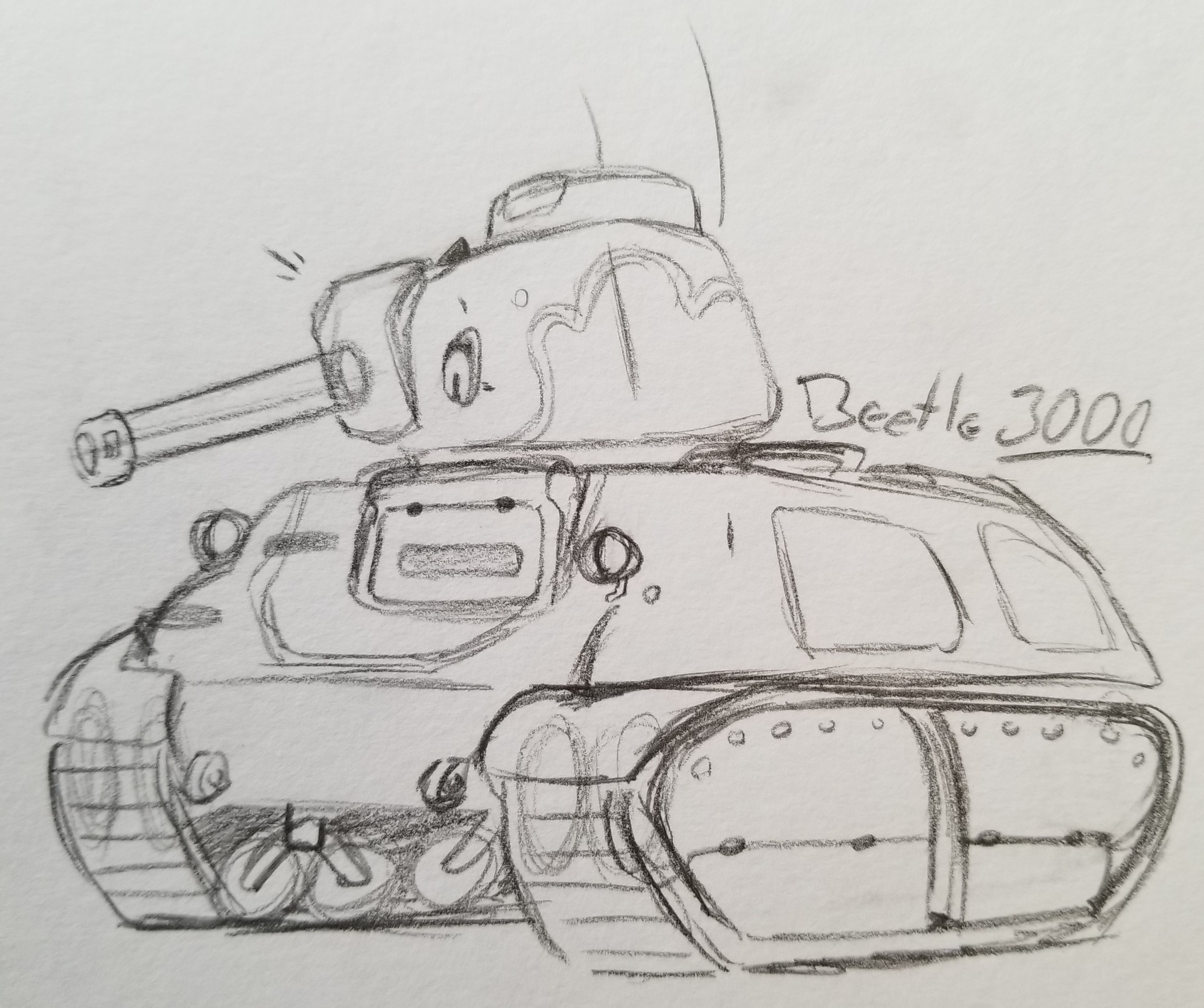 Faux-MAI look almost just like True MAI, except they tend to be somewhat smaller, rounder around the edges, and simpler in design. If you were to put a True MAI and a Faux-MAI from the same region beside each other, they're certainly similar, but the Faux-MAI is almost like a chibi of the other. This, and Faux-Tanks tend to have colored caps on their guns to show that their rounds are non-lethal, don't have such thick armor as true tanks, and in general, Faux-MAI are more commonly seen in unconventional color schemes.   Faux-MAI were also different for a long while (as in MAI produced now also share this trait) in that they have arms already built into them as opposed to True MAI, who were'nt built with any. The arms are stored in compartments on the sides of the hull, so while they're not in use, they dont get in the way of anything they're doing. 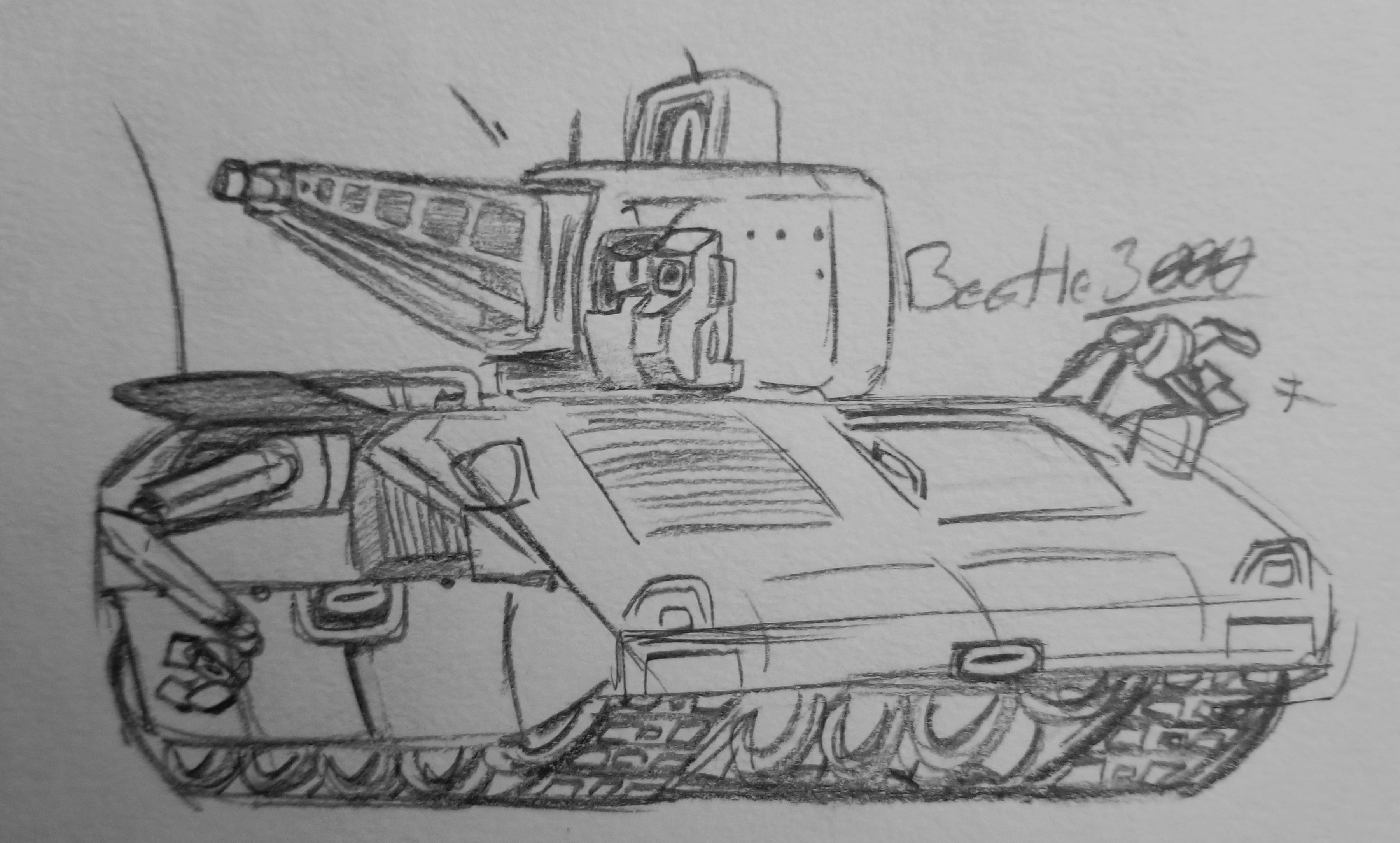 Faux-MAI have all the same sensory capabilities as True MAI, as they all use the same AI to house their consciousness.
Genetic Ancestor(s)
Scientific Name
Faux-MAI
Lifespan
380 to 440 years
Body Tint, Colouring and Marking
Along with the usual greys, greens and browns that you see in most all True MAI, Faux-MAI are more commonly seen sporting brighter colors, anywhere from mute blues and pastel reds, to more bold colors like neon green.

A-Actual chibi tanks?? I love.............   Also this is such a cool and interesting concept. The article does a good job at explaining it. And the cover image is adorable.