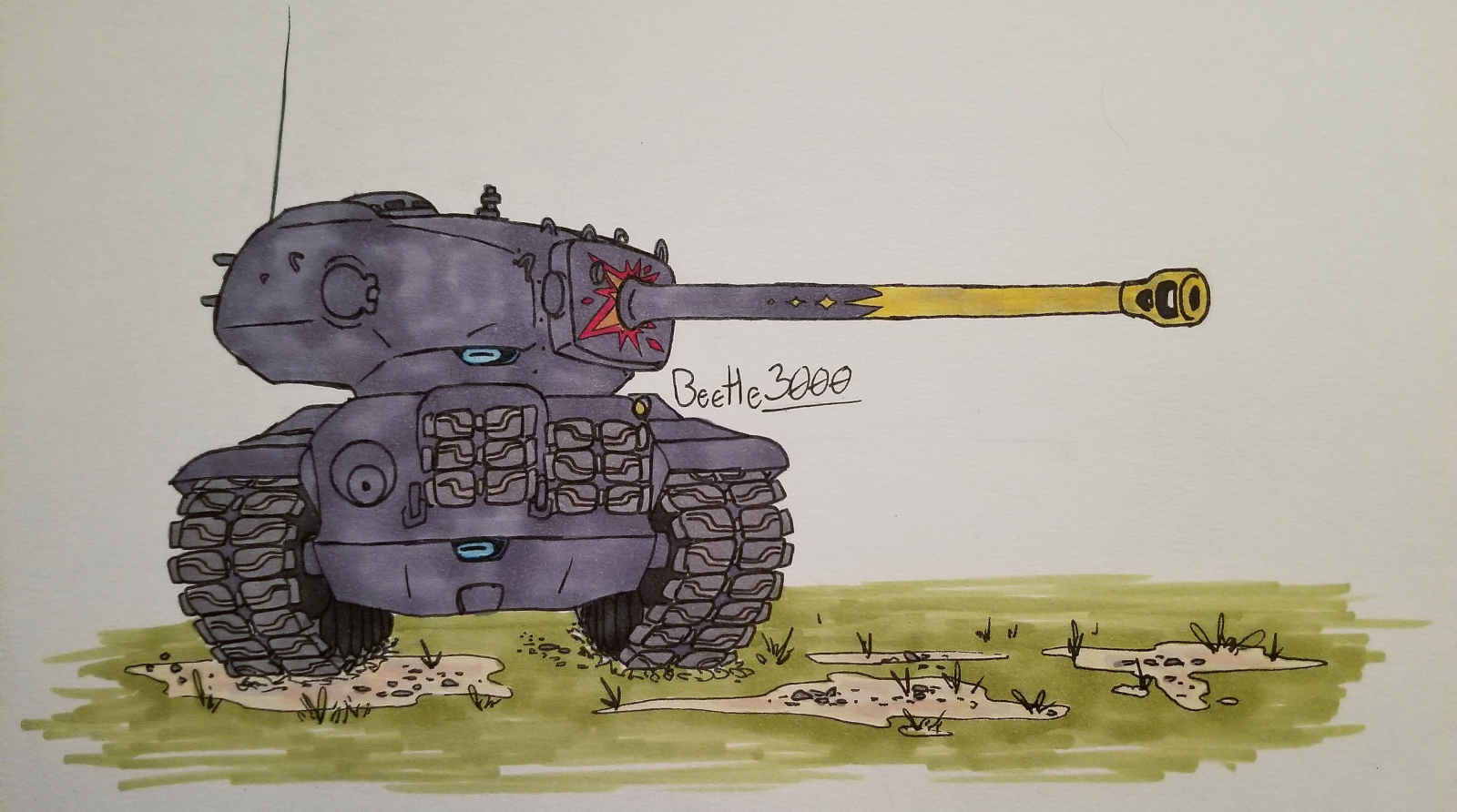 Apollo is a feral tank (T30) in a pack with fellow units Otto Unit 1418 and Adrik unit 1835, unlike his more dysfunctional-seeming peers, Apollo is actually a very relaxed unit, more akin to an average MAI, which begs the question; why did he turn feral?

Apollo is in unusually good condition for a feral MAI, and this is because he's lax enough to not only put himself around humans, but casually interact with them. This means he usually doesn't oppose to a cleaning if he's offered one, and that means aside from being in a pack, it's hard to even tell he's feral.

Apollo's most notable features by far are the painting on his gun and mantlet, and his optics, not like optics aren't usually a defining characteristic, though.

Apollo was born into the same conditions of every other True MAI, and also had similar experiences, unlike his aforementioned pack, though, he was raised on a much sturdier foundation, which allowed him to survive the war ultimately unscathed like most MAI. After the war, though, is when uncertainty began to settle in. What would become of him after the war? The only thing he ever knew? Would MAI be able to fit into human society when it was never anticipated that it would have to accommodate them? Or would they all be bound to military facilites; or worse, turned to scrap due to a lack of further purpose? This was a terrifying concept to some, and it only drove more MAI into going feral. Apollo was evidently no exception.   During his time in the wilds, he found himself near a small feral pack, and over time, he assimilated into their ranks. Though he's very high functioning as a unit, he finds it difficult to return to society because the sheer amount of time he's been feral and the amount of culture shock it would cause to do so.

Like nearly any other MAI, Apollo has the general PTSD of certain stimuli like sounds and sensations bothering him immensely. Living away from larger civilizations, though, mitigates the symptoms.

The most relaxed of his social group, also the most social and the textbook description of a hopeless romantic.

Apollo isn't all that odd in this, as it's an opinion that some other LAI share, but he finds humans cute in the same way that we find animals like puppies cute. This makes him come off as condescending to an extent, but he doesn't have any ill intention within it.

As people say, the road to hell is paved with good intention, so even if he doesn't mean any harm, sometimes it's hard for people who aren't his peers to get through to him. He just finds them to be cute and even somewhat helpless, and it comes off as if that's all he sees and it makes him be perceived as stuck up or a know-it-all who won't listen to anyone.