"The only store that smells of fresh books and home."
— Asai Shuu, Shop Owner

Harlon's Homely Books is a quaint little bookstore that has served as a house of entertainment and knowledge. The shop is one of the staples of the town of Sherborne and has been a valuable source of knowledge for the people of the town and travelers. The store tries to keep up with as many new books as well as collectibles also.

When Asai took over the shop she changed it to fit her desire. Adding much cast-iron ornamentation to the decor and as well keeping the store smelling of incense daily. She also removed his wives' old weaving machine as well and replaced some of the chairs with stuffed boxes to sit on, read, and converse. 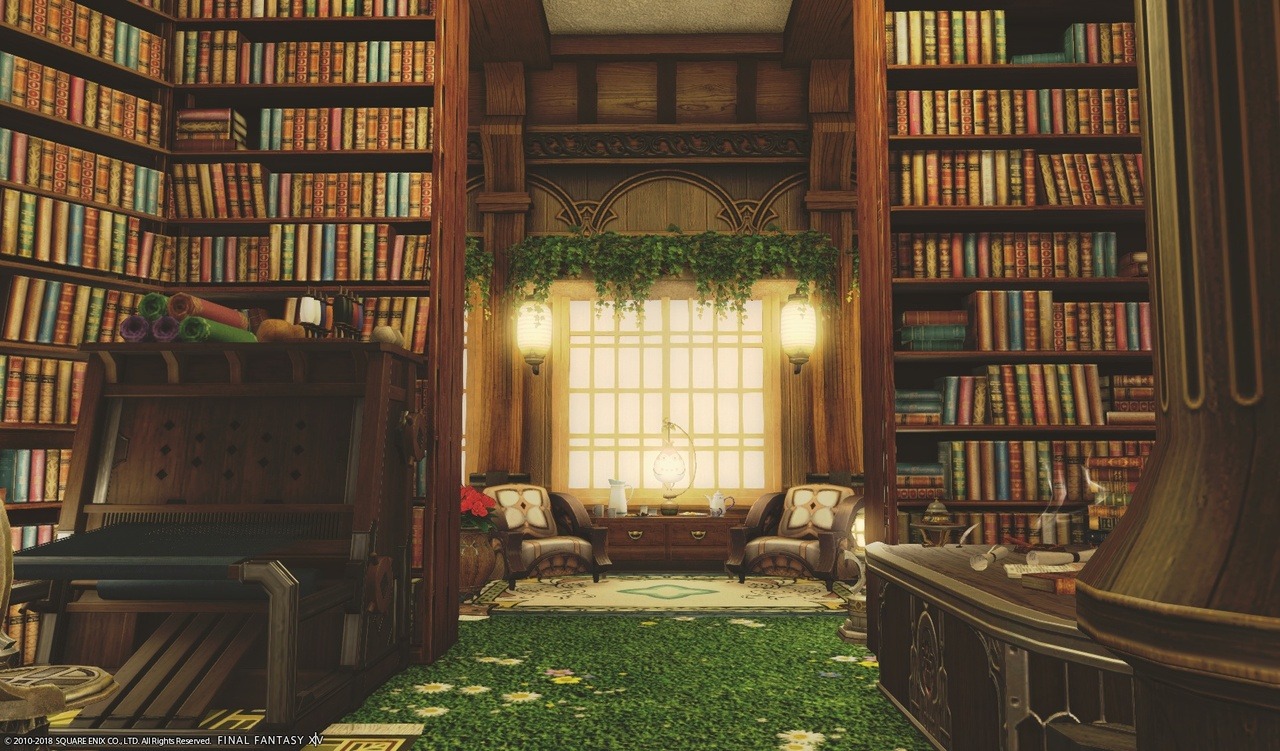 Harlon built his bookshop to be a very warm and welcoming shop with cozy and comfortable furnishing for customers to be as comfortable as possible. The design looking like a large home with large front windows and a welcome door. The main structure was constructed with large beams of sturdy wood with iron braces at the joints. The wall structures were constructed with a combination of various brown and red brick. Inside the shop was filled with wood paneling and bookshelves that run from floor to ceiling. 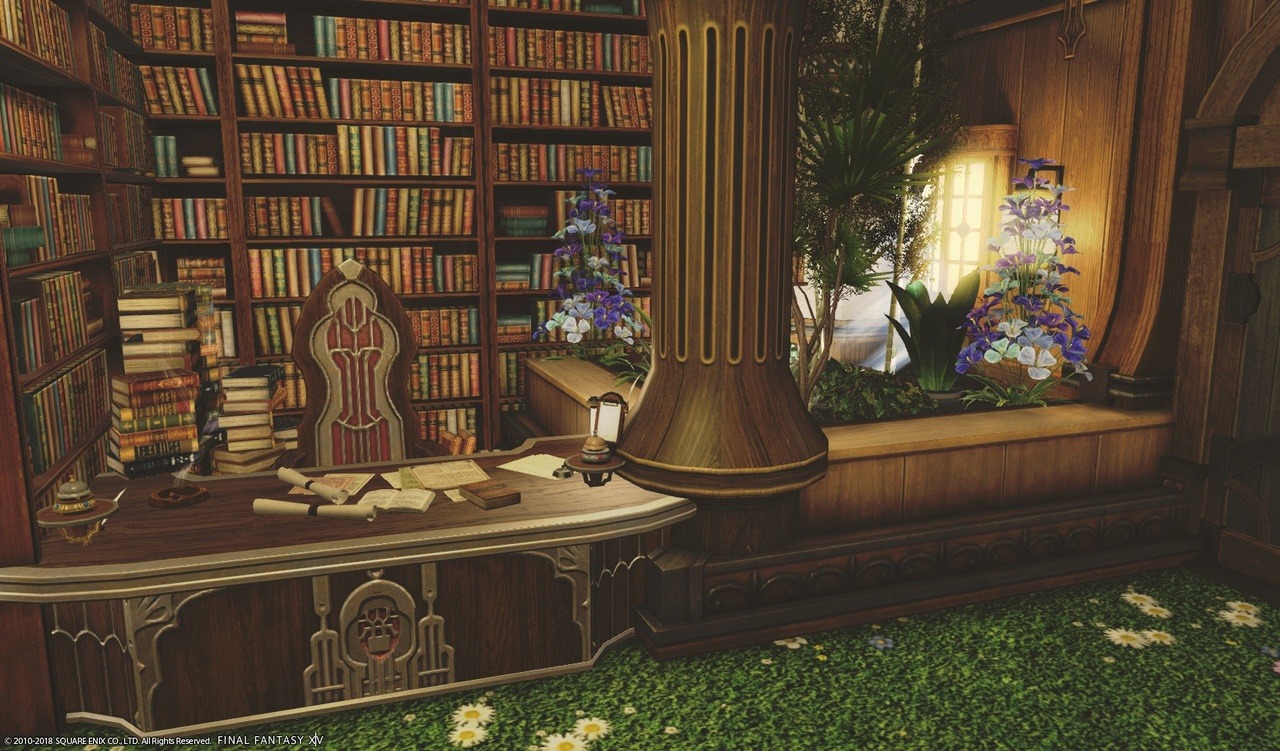 Harlon had a special desk carved out and inlaid brass designs with a matching brass inlaid chair. The desk was built into the shop as part of the structure as well as a small garden area his wife cared for regularly. A secret door bookshelf was built into the area behind the deck which leads to the small attached living spaced designed for Harlon and his wife. The floor he had inlaid with stone which was painted to resemble grass with decorative flowers. The entirety of the shop mostly stayed the same until the owner passed away and his assistant Asai Shuu inherited the shop from him. The new owner added many cast-iron ornamentations to the shop interior design giving a darker atmosphere than the shop had previously.

Harlon moved to Sherborne in 9647 AC looking for work and started work as a carpenter for the mines. He'd always had a love and reading and when he didn't need to repair or build out sections of the mine he would be found sitting around the fire at camp reading a book, any time he could be found with or reading a book when he wasn't working. Over the twenty years, he worked in the mine as he built up a large collection of books. A few years before he retired he would meet his wife and she would encourage him to do something with all the books he had collected, that maybe others would like to read them as well. After his, retirement he spent the next year building his own shop with a place to live behind it. He opened Harlon's Homely Books in the summer of 9668 AC.

The shop started off at a slow pace and Harlon quickly became disappointed in the lack of business his shop would get. His wife came up with the idea to allow some selections of books to be read in the store and offer drinks and snacks to the customers at reasonable prices. As luck would have it one of the town nobles stopped in looking for a particular book, it was a more obscure title. He knew it would take some time and offered one of the stores comfortable seating for him to rest and had his wife entertain him with drink, snack, and conversation while he searched for the request. After nearly an hour of search, Harlon returned to the common room and found his wife and the noble laughing in a joyous conversation. The noble was overjoyed that Harlon had the book he was looking for and paid him exceedingly well more than the book was worth. Harlon also found out the noble spread word of his bookshop to everyone he meets in his travels and around the town.

Only a few short months after the noble's visit, the business began to bloom. Travelers through town would visit with books to buy or sell. Harlon's wife would even make trips up the river to larger cities to get more books for their store. When Harlon's wife wasn't helping with the shop or on trips she would be in the shop working on her weaving machine as she used to be a seamstress before she started working in the shop. Eventually, his collection of books continued to grow to the point he ended up digging a cellar under the store for more storage. The shop continued to thrive with new customers and books arriving nearly every day.

During the events of The Night of Destruction, Harlon lost his first love, his wife. It devastated him and even visitors to the shop could see he had lost the spark he once had with his wife's passing. The shop closed for almost half a year as Harlon mourned his wife. News spread around town and many of the townfolk did what they could to console Harlon until he could get back on his feet. Harlon realized he needs his work, to honor his wife and keep the idea she sparked in existence. Coming up in age, Harlon realized he needed some help around the shop and needs to find someone who had a love of books as much as he had. He interviewed a few possible candidates until he got to his last one with an elderly Chisana, Asai Shuu. Harlon found her love of books and knowledge fascinating and hired her as his assistant on the spot.

For the next nearly two decades they improved the shop even further with Asai contacts bringing in all-new selections of rare and interesting books. Around the year 9719 AC, Harlon started to fall ill and slowly became weaker over the course of the year. By the winter of 9719 AC, Harlon became bedridden and passed away shortly thereafter. In his will, he left everything he had, including the store, to Asai. For a little more than a decade now she has run the store and made it her own.

Since word spread quickly of the shop it became a staple within Sherborne zeitgeist that townsfolk and visitors alike pay a visit to regularly.
DK - Landmarks