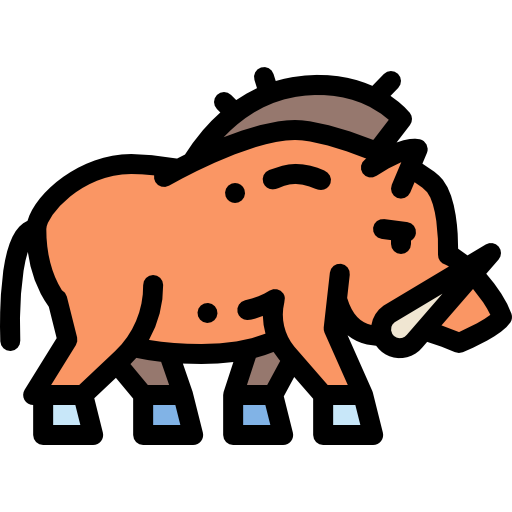 Wild Boar Warning Sign by KKPCW
Wild boars are a serious threat to the small towns of Western Japan. They destroy crops and terrorize inhabitants, especially during the late fall mating season. One town is fighting back against the exploding population of the large pests and boasts the highest rate of the difficult to obtain gun licenses in Japan. Hunters (many of whom are women) from Kyuunan regularly appear on the covers of hunting magazines with their impressive kills. 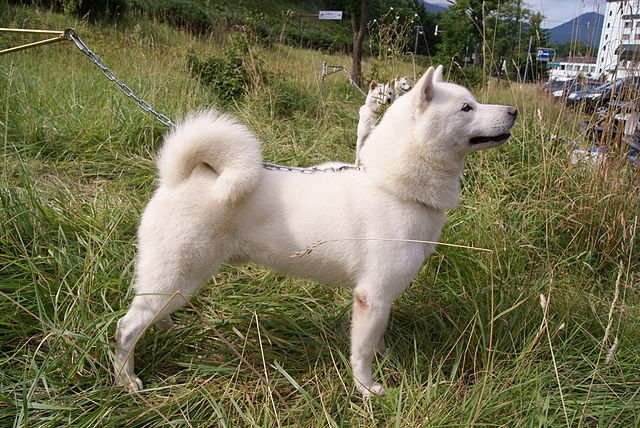 Hokkaido Inu by Midori
On the evening of the November full moon, the town begins the quest when the quarry is most active. Torches are lit and hunters head out in groups of 3-4, along with the same number of Hokkaido Inu dogs and several priests to run between the groups. Where one carries the rifle, and the others brandish torch pikes to see by and to flush out the wild swine. The flushers and dogs drive the boars toward those with rifles, perched in tree stands. This allows the riflemen a better chance to aim at the wild pig, instead of his or her comrades. 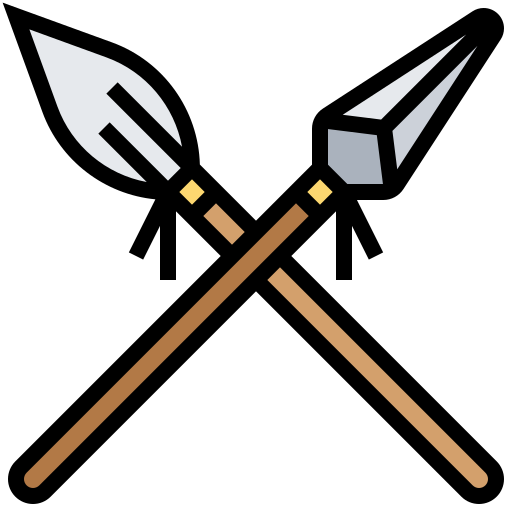 Spear by Eucalyp
The pikes carried by the flushers are a last-ditch defense against one of the heavily muscled and large tusked charging beasts if it decides to run the wrong way. Then the flushers stick the butt end of the pike in the ground, lean the point toward the boar, kneel to hold the pike steady, and wait for it to impale itself on the bamboo spear. The thick spear bends practically in half. Even if it breaks (which rarely happens) the boar's charge ends, though the spear holder will be injured or killed. Many years, at least one boar is brought down this way. Surprisingly few townspeople are hurt during the hunt. Only three people have died in the past ten years since the event was established. 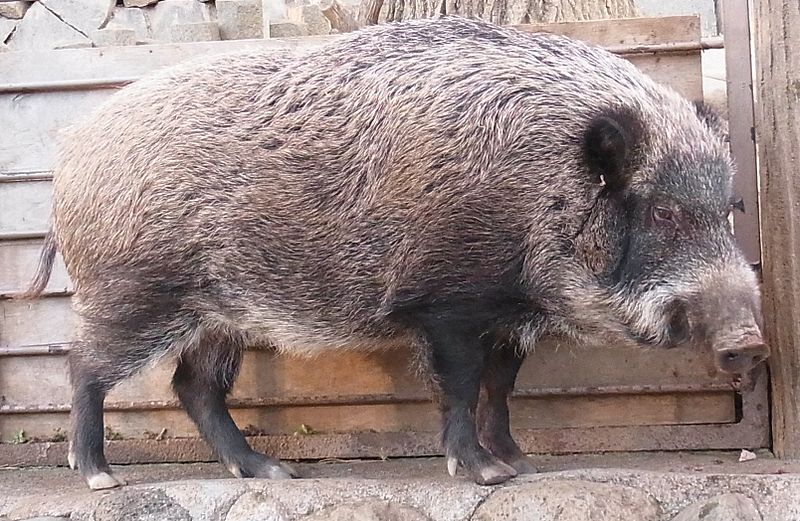 Wild Boar by Mariomassone
Once a boar is downed, the townsfolk ensure it doesn't suffer by offering the beast a quick death. Upon the pronouncement, one of the priests rushes over to offer a prayer for the animal's spirit so it doesn't return for revenge. Then the carcass is prepped. The first kill is always hustled to the prepped fire pit. The rest are processed by local butchers, and the town is given all the meat they can take. Leftovers are sold to neighboring towns, who clamor for the wild pork. Only one year did they not have enough left over to sell. 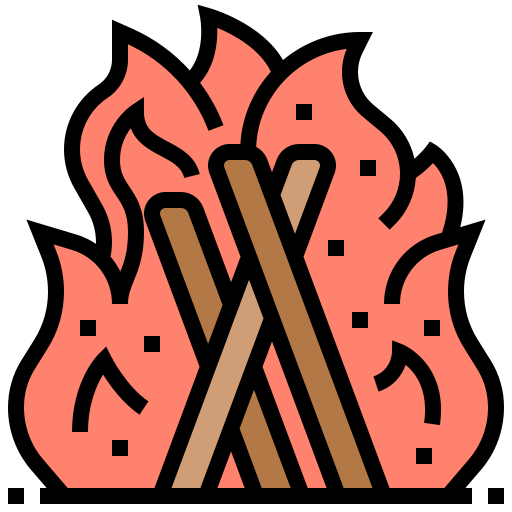 Bonfire by Eucalyp
At the Full Moon Wild Boar Hunt Festival, the inhabitants gather at the bonfire just outside of town. They serve cooked boar along with persimmons, baked sweet potatoes, and wine from local vineyards. People in boar masks weave through the crowd to tease the children, who run with glee and are taught at an early age to respect the creatures. 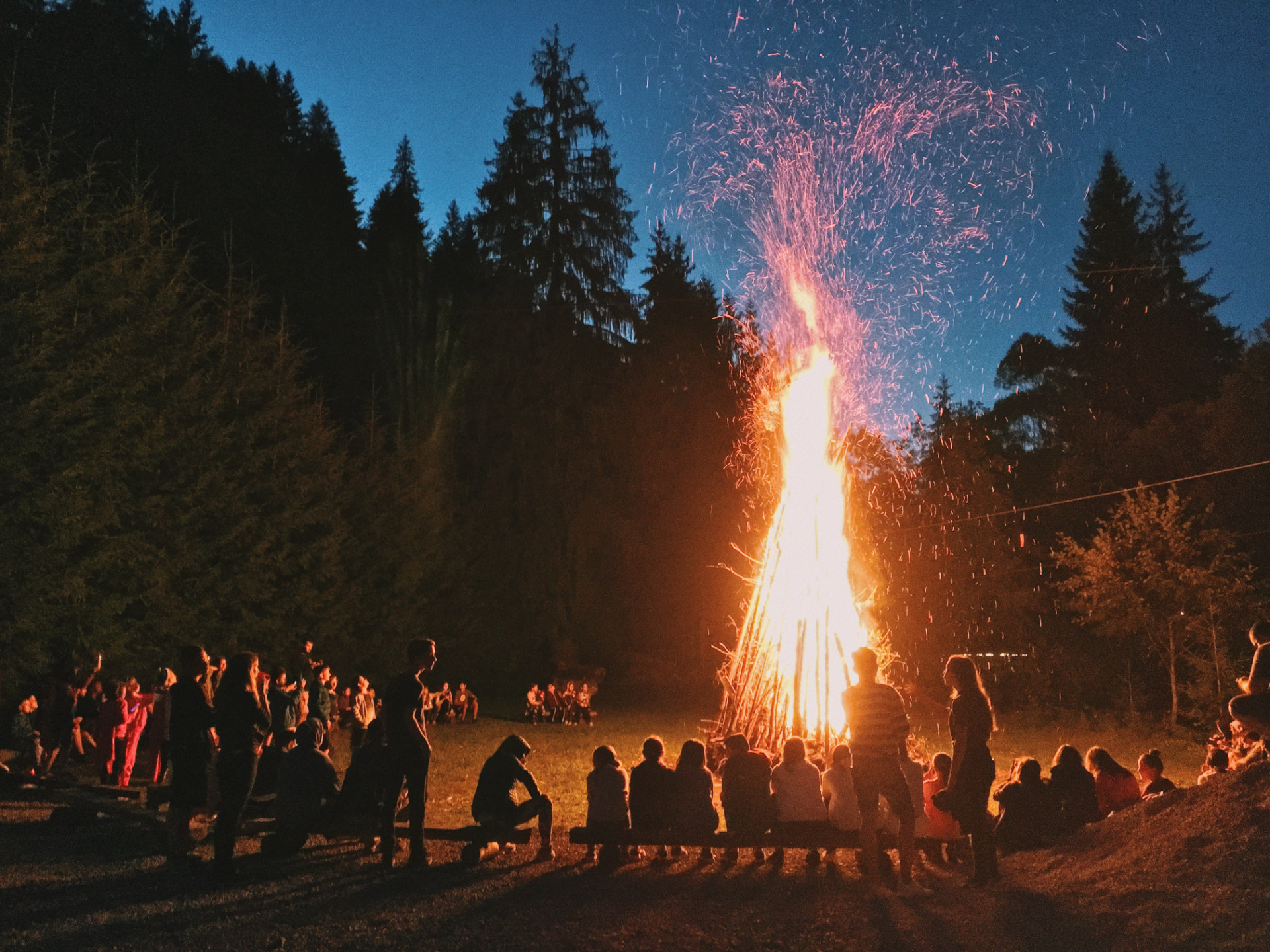 Bonfire Sparks by Georgiana Avram on Unsplash
On the stroke of midnight, the wind whips and flames roar sending sparks flying upward as the creatures' spirits stampede to their final resting place.

Will you join:
Team Umejior Team Nakamura or both?

When you choose the team with the secret - it will appear.
Events and Dates

Join Liminal Chronicles Discord!
Artwork and content (if nothing else is stated) are 2020 Amy Winters-Voss. All rights reserved.
You may not use the material without written permission from the author.
Theme page background credits: rawpixel.com Header bar inspired by TJ's fab work on Melior.
Liminal Chronicles
Cover image: by Georgiana Avram on Unsplash