We defied our lords and fought back. No one expected us to win, but we achieved the impossible. Now we have to prove ourselves as capable statesmen and leaders. They all expect our country to collapse, but we will prove them wrong again.
— Valten Kuglar, Chancellor of Aussel

Aussel, officially the Peasant's Republic of Aussel, is a sovereign state in Southern Lethea. Aussel is ruled by democratically elected politicians who ideally serve the interests of their people in the Argent, the Ausselian parliament.

The largest city and the capital of the Peasant's Republic of Aussel is Steendern, and the country's other major city is Lipsig.

Aussel is a parliamentary representative democratic republic in which the Chancellor of Aussel is the head of government. The history of Ausselian politics is one of instability and chaos, but as a result of Chancellor Valten Kuglar's reforms, the situation has restabilised. The parliament is called the Argent, and three main factions dominate it.   The country's head of state is Consul Franzek Eders of the Peasants' Party of Aussel and the head of government is Chancellor Valten Kuglar of the Reform League. 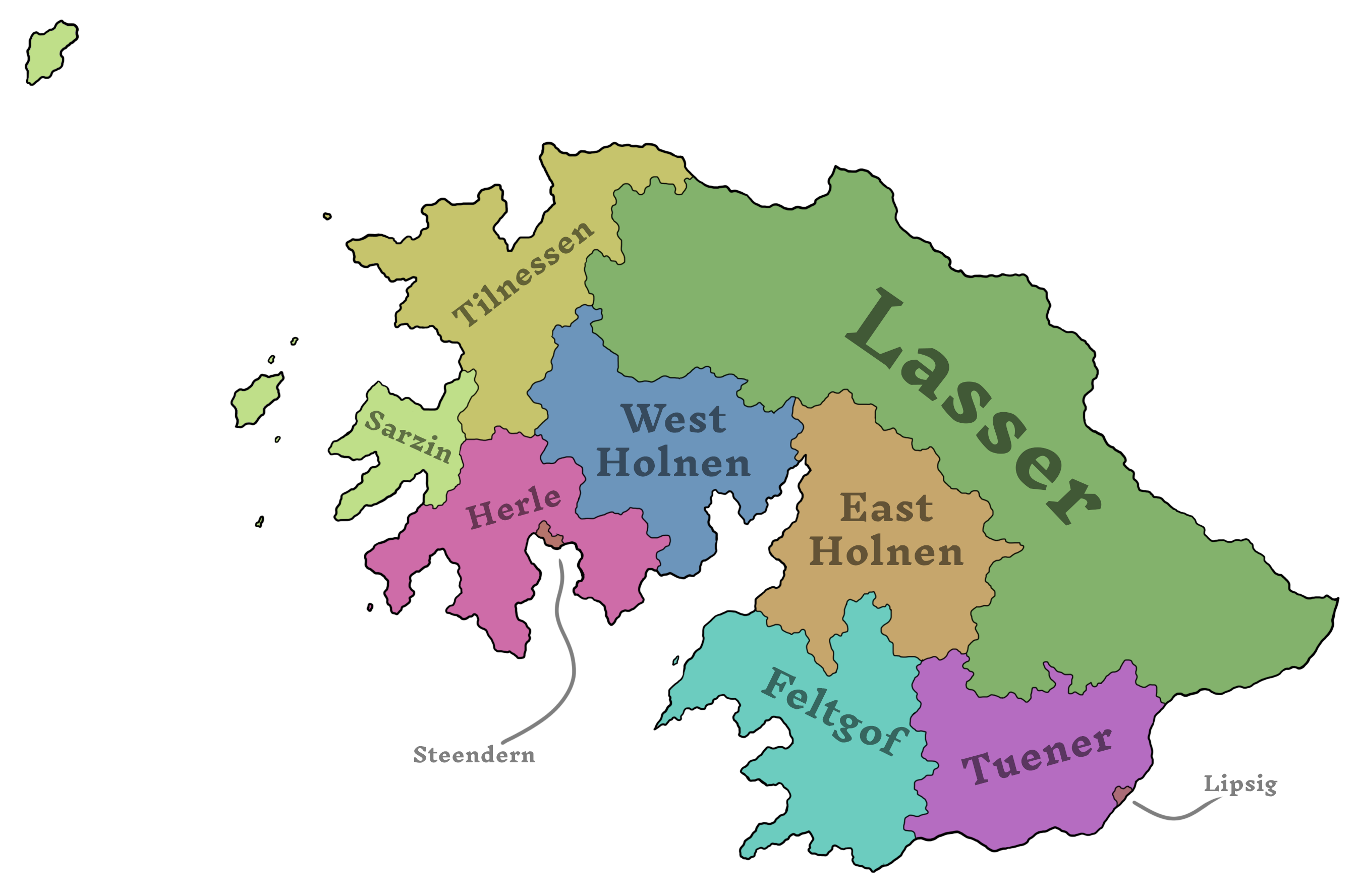 Aussel is divided into eight regions and two free cities. Each of these divisions has a number of representatives in parliament that correlates to the regions' or cities' power and influence.   Power is typically related to the number of eligible voters present, but there are exceptions. For example, the free cities are outnumbered in terms of population, but they are home to the main centres of trade and remain vital for the economy.

The early days of our fragile democracy were a mess. Whoever came up with the idea to hold an election whenever someone was upset, should be nailed to a cross.
— Disgruntled voter

Ever since Chancellor Valten Kuglar's reforms, the elections in Aussel have been taking place every six years. The voting system uses open list proportional representation and the threshold of votes required to get into parliament is 1%. Since 1519 AA, the sessions of the Argent have taken place in Velkberge Castle.

Aussel has been described as a Hillenistic democracy, because of the way voting rights are in the country. Female members of the clergy and secular men above the age of twenty are allowed to vote in all of the elections.   The age restriction doesn't apply to women, and male members of the clergy aren't allowed to vote. Voters must prove that they live in Aussel before they can cast their vote.
Throughout the course of Aussel's short history, three factions have emerged to dominate parliament. The first two were the Peasants' Party of Aussel (PPA) and the Silver Alliance (SA). The two claimed to represent the peasants' and city folk respectively and quickly established a two-party system.   Frequent acts of political violence, snap elections, and all-around instability forced a new party to rise. Valten Kuglar, a vocal advocate for reform, founded the Reform League and after gathering support for a few election cycles, he crushed the established factions and formed a new government.

Why do we even need the consul? Our most esteemed chancellor has been doing a great job both leading and representing this mighty fine country.
— Gretka ven Toiksten, Minister of Foreign Affairs

The consul serves as head of state, and they are selected by the parliament. Each faction in the Argent can select a candidate from their ranks, and the person that gets forty votes becomes the new consul for the next six years. A consul can run for reelection two times, but after the third term, they will be barred from running for the position.   Chancellors are the leaders of whichever faction formed the government and they stay in their position until their party is unable to form a new government. Both faction leaders and chancellors have to be at least thirty years old, the parent of two or more children, they have to speak one of the official languages of the country, and both them and their parents had to be born in the country.
List of Cabinets

As has become normal in Aussel, the demographics of the rural parts of the country are vastly different from the urban centres such as Steendern and Lipsig. While those on the countryside enjoy their peaceful homogenous Rükish society where the peasants proudly call themselves Hillenists, the urban populations situation is completely different.

For centuries the cities of Steendern and Lipsig have been home to wealthy merchants from all around the continent. While most originate from the lands around the Great Cinnamon Gulf, some from as far away as Sarala and Enlitica have made a name from themselves in the great trade hubs.   Other than originating from different parts of the continent and having different values from the rural natives, many of the cities' inhabitants hold heretical beliefs. Baglamism has seen a resurgence in recent decades as more and more people from Rükenland and Alminthas have moved in, bringing their beliefs with them.   Many of the Hillenist merchants and craftsmen in the two free cities have converted to Baglamism in order to fit in with the wealthy elite. This open acceptance of heresy is looked down upon by the majority of the peasants who find the foreign values and beliefs to be a danger to their independence. 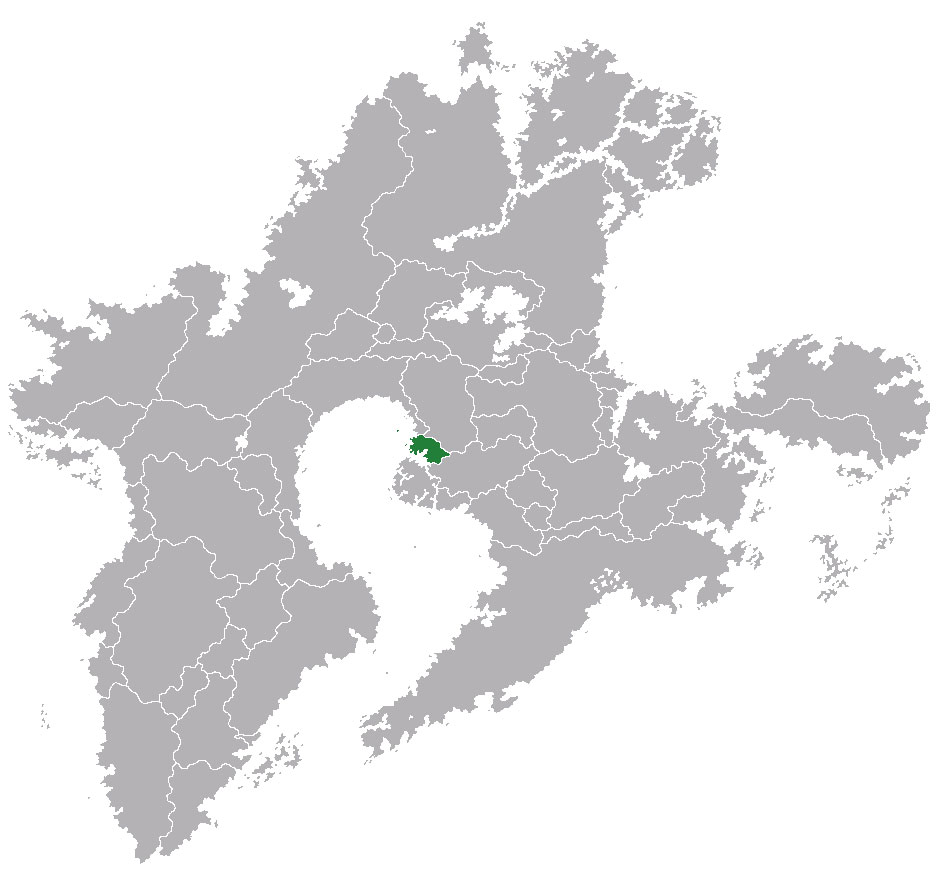 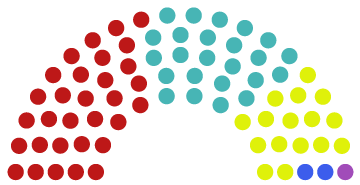