Ihantal's Spear, often abbreviated as the Spear, is a massive tower located on the slopes of Ihantal's Spine. According to local legends, the tower was a gift to the nomadic Celadrisian people by the spirits of the mountains. Unwilling to let the weak and worthless take over the structure, they created a test to make sure that only a strong leader, capable of uniting their people and leading them on a great conquest could enter the tower.

The Spear was discovered in the early winter of 1495 AA by a group of Celadrisian scouts. According to their tales, the large tower had remained hidden behind the wall of smoke and poison that their elders had warned them about in their ancient tales. Curious, one of them attempted to ride through the smoke, but his horse had stepped into a hole, and both of them fell into an endless abyss. The other scout reported the discovery to his leader, Razirit Milawsa Ba Uari.

The bottom part of the structure is a smooth uncorroded zinc-plated steel surface, and the rest of it looks like a slate stalagmite that has erupted itself out of the mountain slope. The spire has elaborate carvings chiselled into its surface and several dozen round holes that allow the inhabitants to receive sunlight. The entrance to the tower is kept guarded by a half a meter thick rusty iron door. 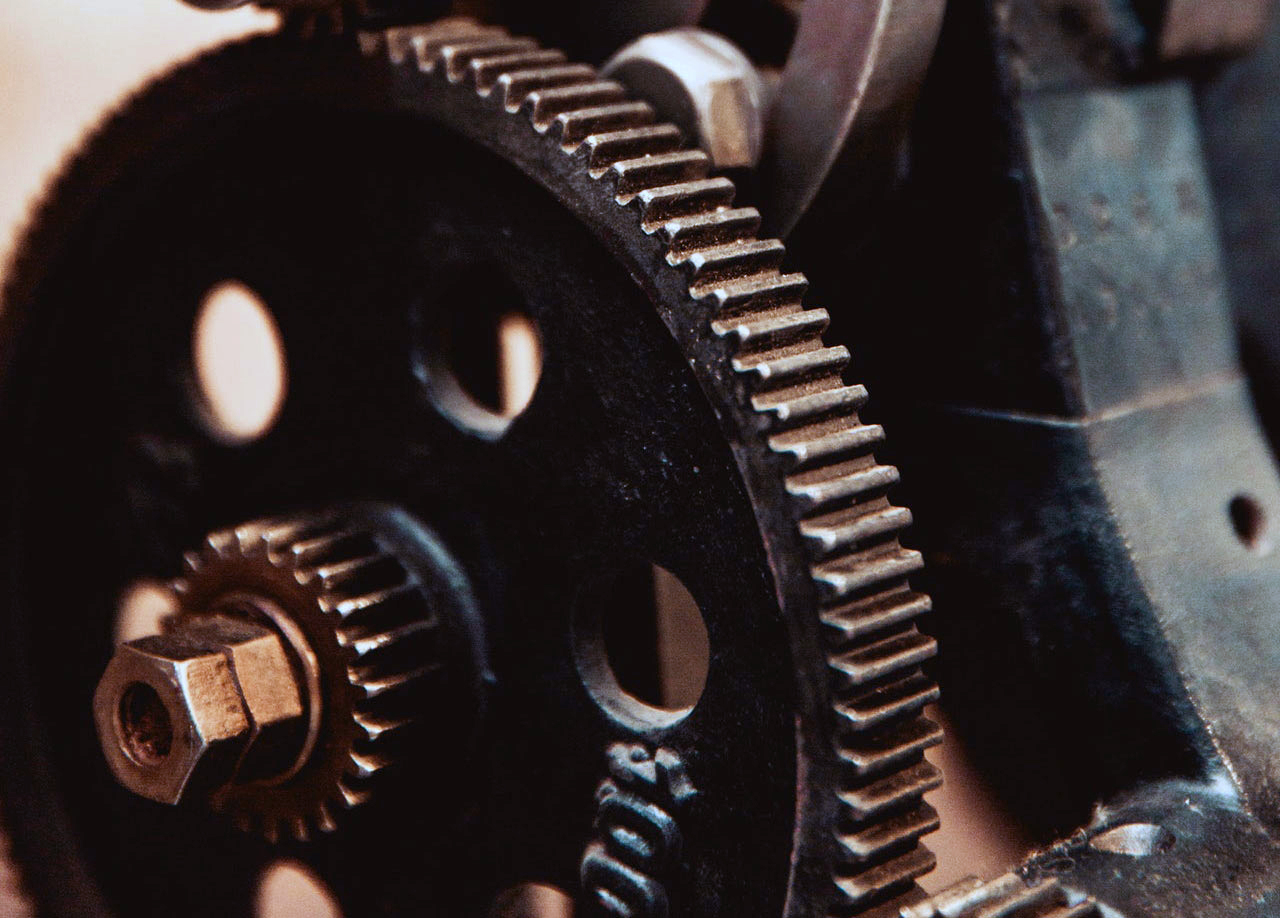 The locals believe that Ihantal, the great spirit of the mountains, lifted the earth and hollowed the stone to create the massive spiral that now towers over the vast plains. According to their stories, the tower was meant to serve as the seat of power for a new and mighty Celdrisian empire.

When Razirit Milawsa Ba Uari entered the tower, she found herself surrounded by weapons, armor, and hundreds of strange contraptions made of steel, iron, and other metals. The discovery of the equipment assured the Celadrisians that great Ihantal wanted them to rule over their neighbours and that the towers sole purpose was to help in that ambitious quest.

Scholars from Sarala and Ithelmark believe that the High Kingdom of Patoin originally constructed the tower, but the scholars haven't been able to agree on an explanation as is to why the structure had remained hidden for thousands of years.

The ground floor of the tower is a giant area that takes up over 95% of the whole tower. The ceiling and many of the walls of this room are covered in metal pipes and strange machinery. The wall opposite of the massive entrance door has an elevator that can slowly lift up to fifty people to the second floor near the top of the tower.


The Mud Floor
Servant's of Razirit Milawsa and her elite warriors live on the lowest of the upper floors. Despite being called the Mud Floor, the conditions that its residents live in are far better than on the ground floor or in the camps around the Spear itself. The cafeteria where the upper floor residents eat in lies on the Mud Floor, and so does the central armoury, the kitchen, and the showers.

The Grass Floor
The Razirit's most loyal and fearsome soldiers get to live on the Grass Floor. There they have their communal lounge for rest and recreation, treasury and trophy room for all the loot they've plundered, a sparring room, and a place referred to as the steam room. The soldiers and officers sleep in separate rooms, but all of them use the same cafeteria and showers on the Mud Floor.
Ihantal's Spear Upper Floors
Open full size
The Stone Floor
The woman who is in charge of everything, Razirit Milawsa Ba Uari, lives on the Stone Floor, the lift's final destination. Although she is the only one who is allowed to live there, guards and servants still come up and tend to her desires. Her room is large and luxurious, walls covered in masterfully painted artworks and the floors decked out with priceless carpets. The Stone Floor has a lounge, but it's mostly empty since the Razirit prefers to use her room for rest and recreation.
The floor possesses a small gallery that leads to the library. The shelves there are mostly bare and dusty, but for some reason, the Razirit has forbidden entry to that room. Her floor also has a kitchen where the servants cook meals for her and her guest and a dining hall for the consumption of said meals. Near the kitchen is the locker room and beyond that, the showers.

At the centre of Ihantal's Spire is a strange straight lead pipe. It is around half a meter in diameter and goes through the entire tower, coming out of the tip of the Spear by a few meters. Where it comes from or what its purpose was has remained unknown, but the locals have cut off sections of it, and they've used this convenient pipe as their toilet.


Because their toilet is just a straight pipe, residents in the process of using it might find their hats soiled by someone above them. The Celadrisians considered coming up with a solution at first, but in the end, they decided to keep the old pipe unmodified.

The toilet pipe is a clear indicator of the social status of the tower's residents. The servants have to look out for everyone, the soldiers look out for their leader, and the Razirit remains safe from embarrassments. 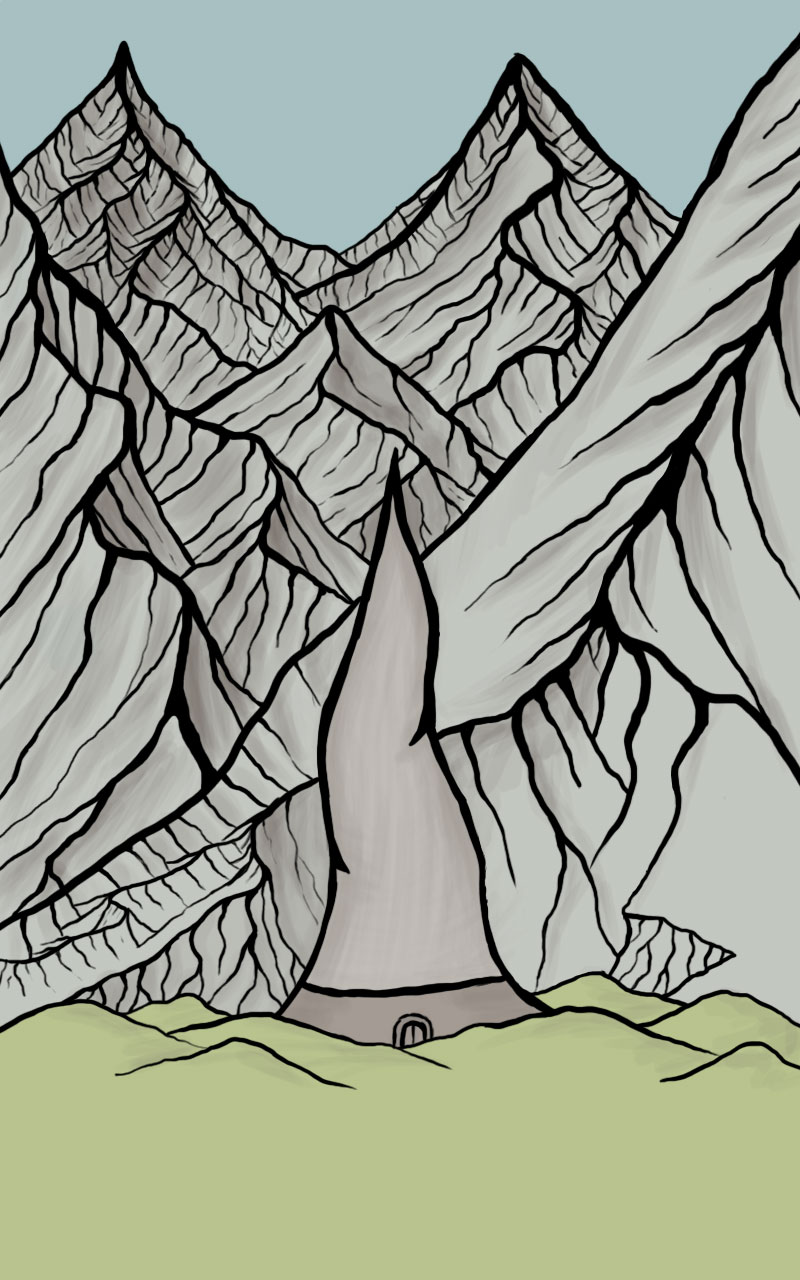 Razirit Milawsa Ba Uari was a frail woman dying from a disease she was unaware of when she first walked into Ihantal's Spear, but soon after her health began to recover and she grew stronger, but also far colder. The rumours that she had somehow communed with the mountain spirit, Ihantal, started to spread and within days her people believed that their leader had become a Spirit Mage.

The rusty pipes and ancient machines that cover the walls and ceiling of the ground floor are all in bad shape. Occasionally something breaks or doesn't function properly.

Roll 1d4 to see what will go wrong! 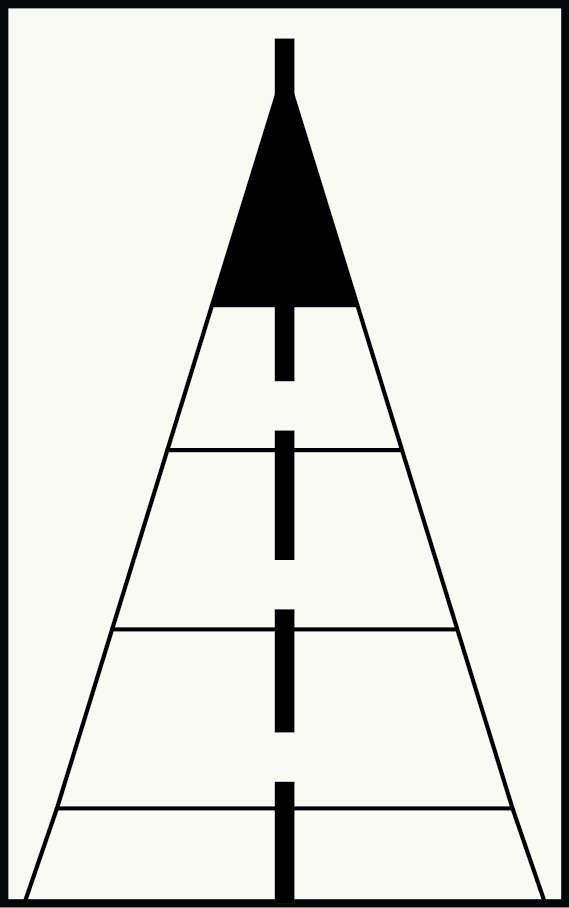 The pipe....oh godddddd! Nooooooo! Lol I enjoyed the read and man you really tookk your time on this one. The details are complete and very well done. The love and care as you crafted your tower show through beautifully. Very nice maps. How did you do them? I'm reallllly curious about one thing and that curiosity is part question and part critique.   So why didn't they fix the plumbing. I love the metaphor your going for there but aof lol horrible way to live. Disease and ooooof the smell. Lol my main critique with it isn't that it wasnt modified but the composition of the pipes. Steel will rust given time as its exposed daily to...these conditions. Less so of water isnt used to wash down the pipes but then you risk clogging. It's by no means bad at all. You can keep it but sewer drainage was usually lead if I'm right. Just a thought cause to be honest it doesn't matter what its made of to those in lower levels XD

Thanks for the feedback. I wanted to write more about the pipe but I ran into the dreaded 1500 words. The pipe is rather mysterious to the locals and they don't even know where it leads, it just goes deep underground and all attempts to figure it out have failed. For all they know they could be dumping their excrament on some terrifying sleeping monster :P   The maps were originally created with Adobe Illustrator, but then I realized I forgot to add doors so I had to go do some editing with Photoshop.

Lol its no issue at allll. It works beautifully. My only think was its composition which given word count I tottally get. Well you did very well with those maps and I really enjoyed it. sorry if I sounded rude. It tottally was notttt intentional. I went into work mind cause plumbing is part of my job. XD forgot what I was doing lol

Very cool! I love how the tower was found and the origin remains a mystery. The toilet hierarchy is both amusing and practical. Well done!

structure they created a test to make sure

I'd consider a comma after structure, here. :)

and the rest of it looks like a slate stalagmite that has plunged itself out of the mountain slope.

he spire has elaborate carvings chiselled into its surface

What are the carvings of? :) Also, what sort of metal is it? A weird one they don't recognize? or zinc-plated steel?

The locals believe that Ihantal, the great spirit of the mountains, lifted the earth and hollowed the stone, creating the massive spiral that now towers over the vast plains.

You could consider switching this up: "lifted the earth and hollowed the stone to create the massive".. Cut yourself a comma and make it flow a bit more? :)   Has the tower changed how the nomads live? Since they now have a settlement pretty much, have they stopped being quite so nomadic? If not, where did the spirit-mage lady get all her fancy swag from?   (I got covered in hallucinogenic vapors :D )   Great stuff and the pipe is just hilarious :D
Creator of Araea, Megacorpolis, and many others.

Thank you for the feedback again! I tweaked some things that you mentioned.   The nomads are still pretty nomadic. They keep a small garrison at the tower at all times, but the spirit-mage lady and most of her people travel around and raid stuff. When they have enough loot or the spirit-mage lady wants to take a break, they head back to the tower. The majority of their population will live outside with their horses and tents and some of the servants, the best soldiers and officers, and the spirit-mage lady will live in the tower.   Foreign merchants also visit the tower, but they aren't allowed to enter it. The nomads sell the loot in exchange for food, weapons, armour, and whatever else they need. 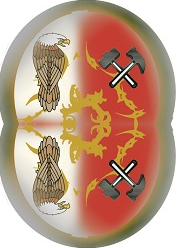 O that toilet really reminds you in what rank you are... so humiliating! xD and funny. Great job!