What holds all of us together under our dear green and white banner? While some of our peoples feel a kindred connection, many are resentful to pay tribute to a Pentiwichen. Yet despite all their complaints, it is a Pentiwichen that keeps us united. Her will is that of God's. Her right to rule can be questioned by none.
— Ulea of Sentijk, Kireseria of Setaik

Pallernen, officially the Empire of Pallernen, is a sovereign state in southern Lethea. The feudal state has been ruled by the House of Pentiwichen since the formal creation of the empire in the year 771 AA. Now, by the mid-16th century, the realm has grown to surpass their rivals, asserting its position as a world power. While their armies are vast and coffers burgeoning with coin, the nation faces enemies both external and internal. A large-scale war could destabilise the country, giving many of Pallernen’s separatists a chance to break free.

Since the creation of the empire, Pallernen has been ruled by a Pentiwichen monarch, direct descendants of Saint Tiyla Pentiwichen. Those with a legitimate claim to the throne as heirs of Tiyla are recognizable due to their peculiar physical characterists that set them apart from the rest of the nobility and commonfolk. The current monarch, Sofia Pentiwichen and her close family all have golden eyes which have a soft glow to them in the dark. This trait is seen as a mark of their divine right to rule since Abrea was said to have the same unusual eyes.

The empire has 108 vassals who have sworn an oath to serve the monarchy. Most of these imperial subjects are lords and ladies who have inherited their position from their forefathers, but a fair few have come from humble roots. Kiretiarics, for example, are led by members of the Hillenist clergy, most of who were born as commoners.   Other notable vassals include the multiple different principalities, which are all led by distant relatives of the current empress and descendants of the first monarchs. Because of their connection to the throne, the principalities hold sway over many of their peers, even if in reality they aren’t all that influential in the court in the capital city, Aurkustel.   The crown itself holds control over a county and few duchies, the most important of which is Hartil, the prosperous land surrounding the capital. The other two titles include Vesenhech, an important passage through the mountains that divide the Tellaiti, and the county of Ylbe.
List of Vassals

The realm stands divided. If Her Imperial Highness dares to strike at our foes now, the coalition that has formed to counter our might will have the assistance of those cowardly separatists who’d dare to tear this land apart. We cannot give in to the demands of those who would question the authority of a monarch chosen by God. They must be taught a lesson. I just hope our most gracious monarch has the heart to do what's right.
— V.F. Uiklenwichen, Count of Eibelitz

Throughout the course of its long and illustrious history, Pallernen has been through multiple significant national disasters. While their people enjoy a prosperous life with bountiful harvests and peace for now, the foundations of this great empire have begun to rot. Many of the empire’s subjects have grown discontent with the course the last few monarchs have followed, and separatist movements are rapidly growing in support.   In addition to those who’d want to see the realm divided into smaller states, there are many who seek reform. As some of the reformist ideas threaten the authority of the Pentiwichens, they are considered as much of a threat as the separatists.

The House of Pentiwichen is either the uniting force that keeps the realm united, or the terrible authoritarian force that has crushed all its enemies with brutal force.   Emperor Hânsil II, the father of the current monarch, was considered a tyrannical despot by many. He feared that after his death his vassals would prove troublesome for his heir. In his attempts to secure his daughter’s future success, he forcefully revoked land from the Olts and Nikeli and crushed those who resisted his arbitrary demands.   How the newly crowned Empress Sofia I of Pallernen will tackle the political crisis is unclear. So far during her few years as monarch, she has proven to be careful in tackling the threats the country faces abroad. Instead of claiming more land like her father and grandfather, Sofia has focused on improving relations and building powerful alliances to counter the Baglamist Security Union.

The House of Pentiwichen is the noble dynasty in charge of one of Lethea's most powerful countries, the Empire of Pallernen, and their pupper state, the Grand Duchy of Jgrim.

Sofia Pentiwichen is the monarch of the most powerful country in all of Lethea, the Empire of Pallernen.

Pallernen makes use of several active standing armies that patrol the countryside and keep guard over the country’s borders and shores. Such standing armies consist of soldiers from the monarch’s lands and their direct vassals, but not all of her imperial highnesses subjects get to contribute an equal amount of manpower. Vassal domains that are classified either as a principality, autonomous region, or free city are exempt from such obligations, while marches and governorates have a duty to provide the realm with additional soldiers.

Abiding by the Hillenist principle that magic is dangerous and should not be used for secular purposes, Pallernen has heavily regulated the use of vitality magic.   Only members of the Orthodox and Hillenist clergy are trusted to handle vitaemancism and the powers that come with it. Those born with the condition are given an ultimatum to join the clergy or to meet an untimely end.   Spirit magic is completely forbidden, even though it is not considered a proper magic system by Pallernian authorities.
In times of war all must serve in defence of their country and the forces of all the monarch’s subjects will assemble into a great formidable host.   The lords and ladies in control of their land’s troops will have to surrender their right to command them personally as unlike in some other feudal realms, Pallernen values competent commanders over the lords’ ancient rights. Of course, those feudal lords and ladies that are competent commanders may keep their right to lead, as their presence can boost the morale of their soldiers.   Pallernen seldom makes use of mages on the battlefield and when they do the spellcasters are usually brought in from mercenary companies or the Inquisition of Athe to bolster the Pallernian ranks.

With Rueken to the west and their puppets all around us, the only way forward for us is to pledge our spears to Pallernen. It is time we prove our worth and show to them and the world that we deserve all of Loik and Aitwenk!
— Duke of West Loik

As the Empire of Pallernen has grown and conquered its enemies, many of the old countries that have interacted with the empire have grown weary of such a great power. There are currently two powerful alliances that have formed as a counter-balance to the might of the empire. The first coalition to form with one of its primary objectives being the disruption of Pallernian expansion was the Baglamist Security Union which brought Alminthas and Rueken together to work towards a common goal. To Pallernen’s east, a similar alliance has formed in recent years between Enliten and Vivernia and their Eastern Entente.

Morphel, the land that separates Pallernen from their enemies in Rueken, has become a target for the great powers of Lethea. The region was mostly under the rule of the Pallernians during the first few decades of the 16th century, but mass unrest forced Emperor Heinrich to let go of his conquered lands.   Now the lands are divided between local lords and due to the efforts of Ruekish missionaries, Baglamism has spread throughout the various realms. Roughly half of the local rulers have sided with Rueken and the rest are more aligned with their former overlords.

Chained to the Empire

Two of Pallernen’s close partners, Jgrim and Tolden, did not agree to their arrangements with the empire willingly. Jgrim was a divided land where bickering lords vied for power before Emperor Hânsil II led his armies there, subjugating the populace and forging a new realm which would be headed by a Pentiwichen.   Tolden’s fate was nearly the same, but before their capital, Ulaxudar, could fall to enemy hands, their leaders offered to pay tribute to Pallernen and to provide them with military assistance whenever called upon for the duration of the Toldenian king's life. 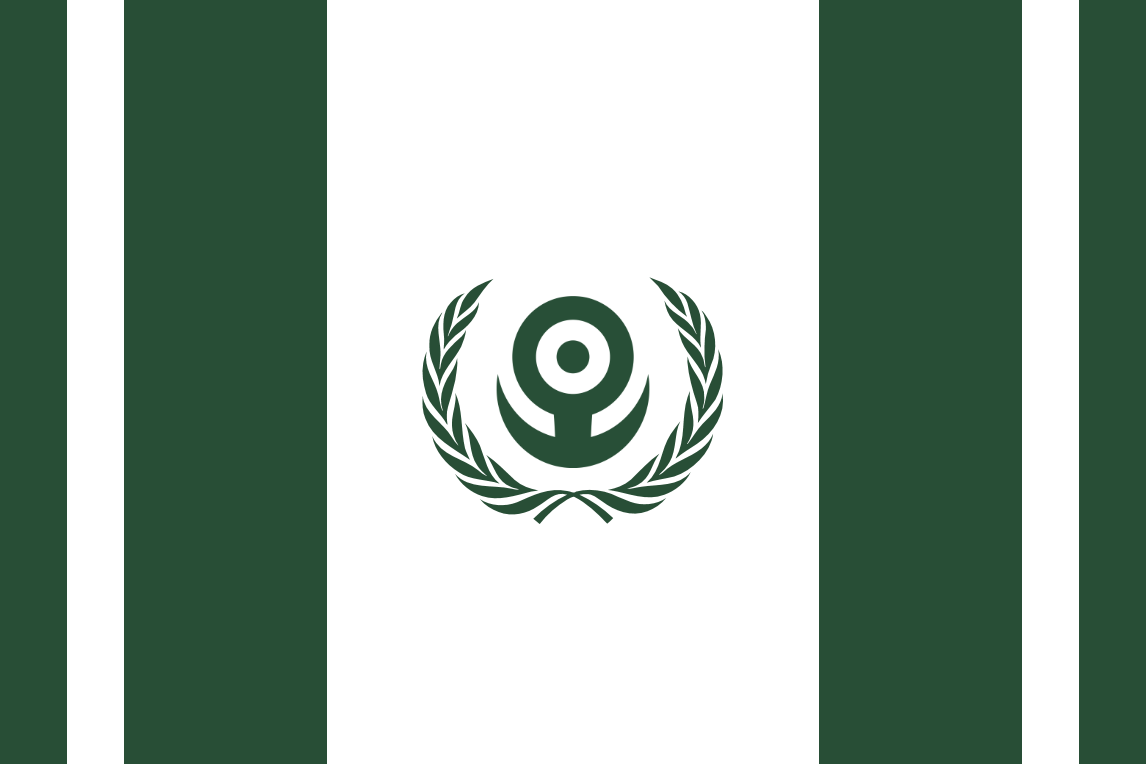 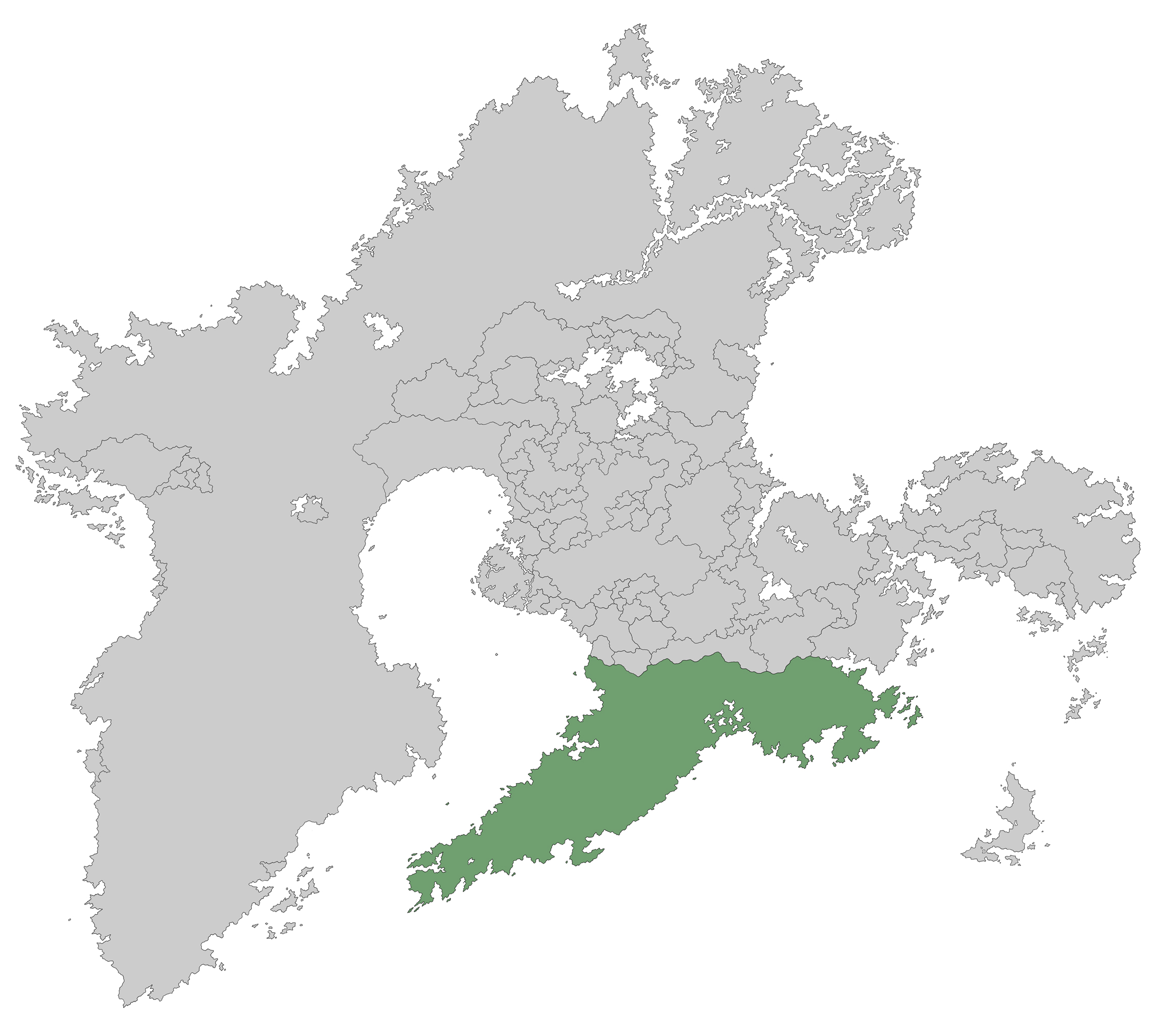 Guard of the Holy Lake

In 1548, when Hânsil Pentiwichen was still just crown prince of the empire, the young heir to the throne of Pallernen approached the government of the Peasants' Republic of Aussel with a proposal. Hânsil successfully secured a military alliance with the Ausselians, leading to the creation of the Lipsig Treaty Organisation.   The Grand Duchy of Jgrim was also invited to join the alliance and as their monarch was of the House of Pentiwichen, they agreed without hesitation.

The Lipsig Treaty Organisation is a military alliance between the Peasants' Republic of Aussel, the Empire of Pallernen and their subjects in Jgrim and Tolden

Another admirable article Dhel! I really like the design of the flag and the map! The golden eyes of the rightful rulers reminds me of The Emperor's Blades where they have a slightly similar characteristic for their Empire.   Just one typo I picked up on: "...peculiar phyisical characterists..." but otherwise, a perfect piece and as well written as ever!

Thanks for reading and thanks for scanning the article for them pesky typos! :D

Well-formatted and full of content as always! I like the House and what she need to fix, as well as military tab with interesting details. Very great article! :D

Great job! It is a very vivid representation of this country! I like the flag too. On the mobile, I am not managing to reduce the diplomacy chart, but it might be my fault as I am very bad with mobile.

This is a really interesting and well written article. I love the table of all the vassals, and informative tables about the military. I'm not envious of the diplomatic situation Sofia has been left with - it'll be interesting to see how she navigates it.