Our illustrious leader has remained silent for centuries. I dare not question their reasoning, but our empire could use a firm hand that could guide it to its former glory.
— Governor Xianleipinzhou of Ke Lea


Le Zhea, officially the Empire of Le Zhea, is a sovereign state in Western Lethea. The country is ruled by an ancient and powerful genetically engineered authoritarian ruled known simply as the Hei Ea. When the ruler is unavalible, the Teihua, a council of governors, administers the realm and takes on all of the Hei Ea's responsibilites. Le Zhea is all what's left of the once great Empire of Lethea, but they are still a force to be reckoned with and desire to reclaim their lost territories.
The capital of the Empire of Le Zhea is Phe Ko Ti and the country's other major cities are Tan Lea, Kora, and Bo Maz.

In theory, the supreme ruler of the Empire of Le Zhea is the Hei Ea, a supposedly immortal and all-knowing monarch who has existed for thousands of years. The current Hei Ea had replaced the previous weak and decadent rulers of the Empire of Lethea giving way to the modern state of Le Zhea. In reality, the political situation of the empire is far different from what the common folk believe.
Their immortal ruler has been silent for centuries, locked away in their palace in isolation. When it had become clear that the Hei Ea wasn't planning on coming back out anytime soon, the leaders of Le Zhea's eleven governorates took control of the country.

There are eleven administrative regions in Le Zhea that are ruled over by a local governor. These governors are genetically modifided to better suit their profession. All of them also serve in the Teihua, a secrative organisation that ruled over the Empire of Le Zhea and additionally has great sway over the government of the Kingdom of Hlulane.
Each governor has to find an heir for themselves. Usually, they sent out people to search for already talented children who will be forcefully taken from their families and interviewed. One of the children will then go through the necessary procedures required to modify them, and the rest will be either discarded or educated in other fields that best suit them.
A governor has to be in office until their retirement which will come after their 80th birthday. Many retired governors stay in the gubernatorial palace to advise their successor. Still, others also seek a quiet life out in the countryside where they can enjoy the rest of their lives free of politics.

The Empire of Le Zhea is one of the only countries in the world that possesses a well-trained permanent army. What makes the sleeping giant of a fallen empire even more of a threat to the rest of the continent is that each soldier has been engineered for their tasks. Zhean soldiers are fearless. Their modifications allow them to stand their ground in the face of overwhelming odds when all others would flee. Their combat prowess is also better, but a dedicated unmodified geprati couldn't still beat them. The psychological modifications that affect them are far stronger and more reliable.

On the northern border of the empire, in Archon's Pass and along the Ba Ozi river guard the most veteran and elite of the nation's units. For as long as anyone can remember, the Northern Defence Force has maintained the ancient forts and watchtowers that defend the empire from the unknown of all that lies beyond the Divide.
For most, the army is their retirement after decades of service. Life is relatively peaceful, and the men sometimes forget their purpose, but then they get their reminders. Either a probing attack of aberati or full-scale invasions, all manner of monstrosities crawl out from beyond.

What stops the Empire of Le Zhea from expanding and recovering their long lost glory, the great obstacle that is capable of defeating all of their armies, is the great Rahigina desert.
In the golden days of the Empire of Lethea, back when they owned nearly everything south of the Divide, the desert was green and fertile. All manner of civilisations thrived there, establishing vast states and great cities, all of which have been devoured by the endless sand and the passage of time.
Conquering the Rahigina had still been a challenge as the locals were fierce and determined to defend their homeland, but the harshness of the desert heat has proven to be a greater foe than any human army. The sands eat their armies alive. Lost and without supplies, all who march through will perish.

Even with all of our might, our technological power, and faith, we're still but ants next to the vast giant that is the Rahigina. Our only hope is to go around, but then we'd be fighting the sea.
— Governor Yentaixhupei of Xa Ria

The Empire of Le Zhea is a mostly homogenous society dominated by the native Zhean population. There does exist a considerable minoirty of Hasini, Nalako and Baqate peoples, but nearly all of them are slaves. The country's religious demographics are similar to the ethnic ones. Most people are Ryelists since that is the religion of the native Zheans, but their slaves still practise Khetmeratism.

The homogenous isles of the Zheans weren't always so united in culture and language. Long ago, each island in what is now the Empire of Le Zhea had it's own language, culture and rich traditions. In the first years of the empire, the Hei Ea initiated a tragic project that sought to unify the realm in order to stop attempts at gaining autonomy or independence. Everyone who wasn't Zhean was forced to abandon their old ways and the tongue of their mothers. Anyone who dared to resist the brutal assimilation methods were violently put down, their families and friends punished with torture and death to dissuade future uprisings.
Eventually, after centuries of brutal oppression, the diversity of the isles perished. The traditions and languages of the lost islanders were recorded by Zhean scholars and then locked away safe within the imperial palace.
There are tales that claim that some of the other inhabitans of the islands survived and maintained their own ways of life by sailing north. It is inmpossible to tell whether they are true or not as what lies there is concidered too dangerous and the government and army of Le Zhea doesn't wanty to provoke what lies beyond. 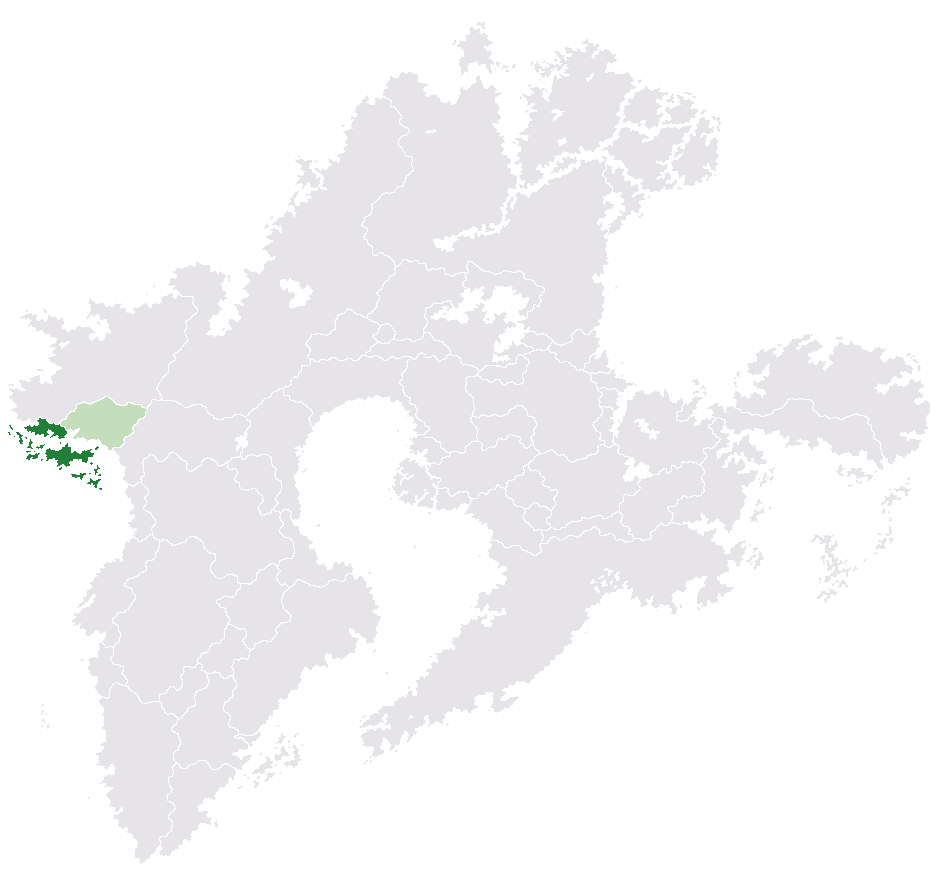 Genetic engineering is the mysterious technology used by Zheans and Ryelists to modify living beings to change their brain or body for better or worse.

A Hei Ea is what a monarch of the Empire of Le Zhea is called. Only a single person has ever held the title.

Well written and nicely formated. I am little envious about that cool location map on the side, I really need maps like that to my world. x'D Awesome!

Thank you for taking the time to leave me a comment with your nice words :D

Hmm, makes me wonder if there’s even an immortal ruler, it definitely sounds like they’re dead.