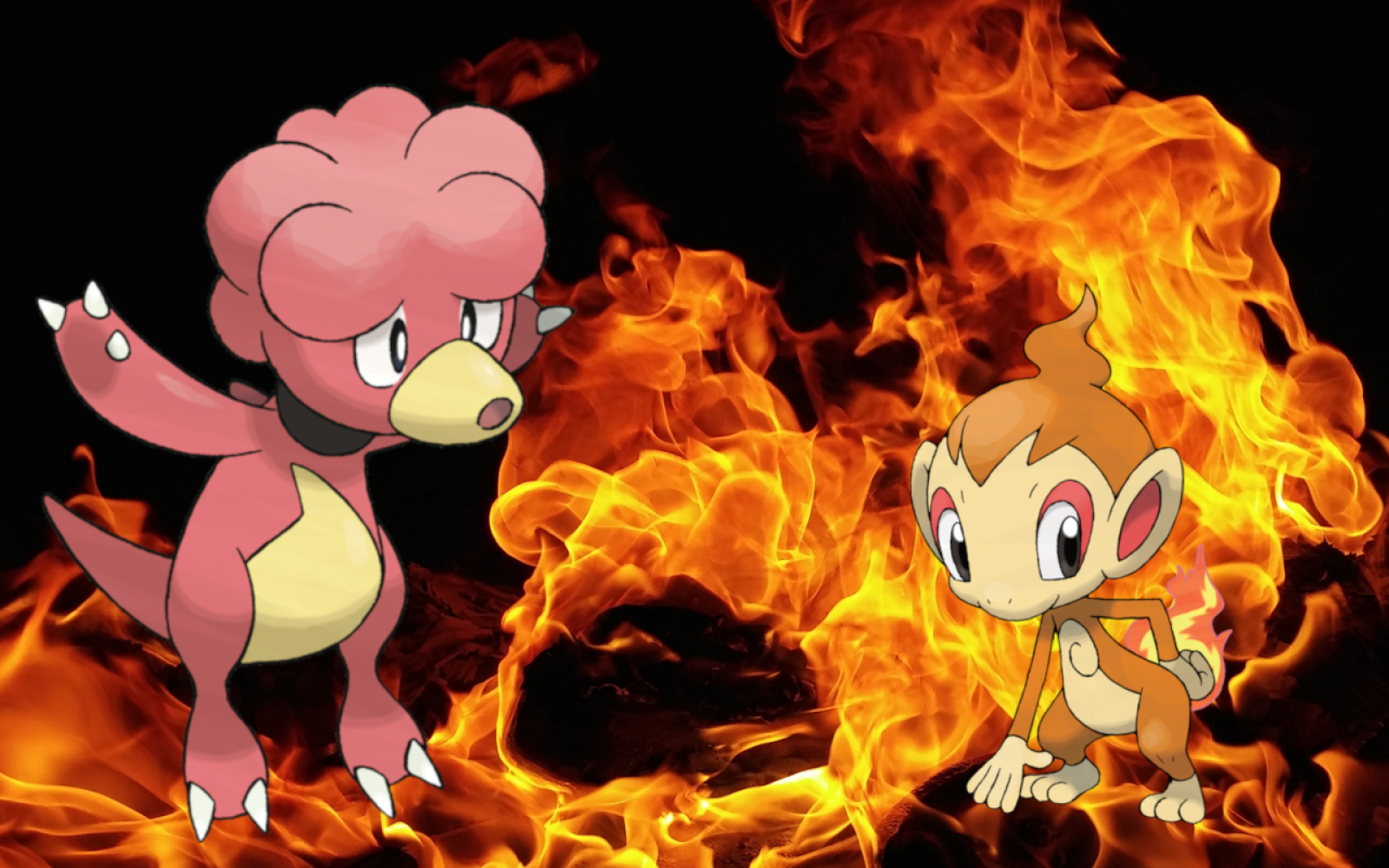 As you arrive in Color City, you are first baffled by its beauty. But you quickly remember why you're here: The gym! You are heading straight, right through the main street. The sun is setting in the west, to your left, and enshrouds the flowers and vines on the walls to your right in a bright red hue, while the left side walls have are covered in a mythical dark violet.
A handful of people are crossing your way and great you kindly. One little girl even sticks a flower into your hair before you can react, and smiles at you as she and her father pass you.
As you pass the Flower Tower on the bridge, you see it: To your left is a huge mass of people. They are surrounding something that flickers in an orange light. Most of them are waiting calmly. As you approach them, you can hear the fire of a few torches crackling.
Then a boy steps onto something that seems to be a stage, but you can't see it due to the people. He seems to be around 12-13 years old, although he is a little taller than that. His green hair stands upright, and his tanned skin reflects the orange light as if it was emanating it.
"Ladies and Gentleman!" Now that you hear his voice, you think maybe he is a little older. 15 probably? "I am glad to stand here today. It is the first city spectaculum that I am allowed to host. Let me introduce myself to all the guests. I am Emil, and for 5 months now, I have been the gym leader of Color City." The people applaud. You join them, and look for a better place to see. Now that you found the one you were looking for, there is no reason to stand outside of the masses.
As the masses calm down, Emil continues: "I am a huge fan of Grass Type Pokémon, as you can all see." A quiet giggle goes through the people, and only now do you notice the Oddish glimpsing out of his pocket. "And there is nothing that Grass Type Pokémon fear more than fire. But it is also a rare thing to see around here, and entertaining as well. So may I introduce to you, today's guest: Firebreather Bloodclaw!"
Again there is applause, as a bald man steps onto the stage. He is muscular and just as tanned as Emil. A scar runs down his neck. He looks like mid 40s, and does not wear a shirt. He smiles from one ear to the other, almost hopping over the stage, as he gives Emil a friendly nod. His partner, a cute little Chimchar, is following him in a similar manner.
Without saying a word, the fire breather waves his hand and then nods towards Chimchar, who starts curling himself up into a ball. Bloodclaw goes to his knees, as Chimchar goes up in flames. Then the sensation happens: Bloodclaw stretches out his naked arms, and Chimchar just rolls up his owner's arm, over his shoulder and back down on the other side, all the while burning on all sides. The masses arise in chants and clapping.
The show goes on with similar tricks: Bloodclaw juggling with his burning Chimchar, Chimchar creating a Fire Spin around Bloodclaw, and then the surprise. Bloodclaw nods towards Emil, who still stands at the side, and Emil throws a Pokéball over. As Bloodclaw opens it, a Magby enters the stage. Chimchar is already getting into his Flame Wheel again already. Then Magby steps onto it, and for one last highlight, they repeat the trick from the start, but this time with Magby balancing on top of Chimchar.
The people explode in applause. Bloodclaw is standing up, lifting each of his Pokémon on one of his stretched out arms, as they all bow down synchronously. He stands there at least a whole minute before the people are quiet enough for him to talk: "Tank you, tank you!" He says. "I veri much aprreshiate yor applause! If any of you have there own Firr Pokémon that like to learn a basic trrick, come to me tomorrow! I will be hearr." With these words, he, Chimchar and Magby leave the stage, and Emil comes up again.
You wanted to beat the gym today already, but it seems like you and your Houndour have other plans before that...

Chapter 2: On your way to Color City
Your Adventure
Chapter 4: The Color City Gym