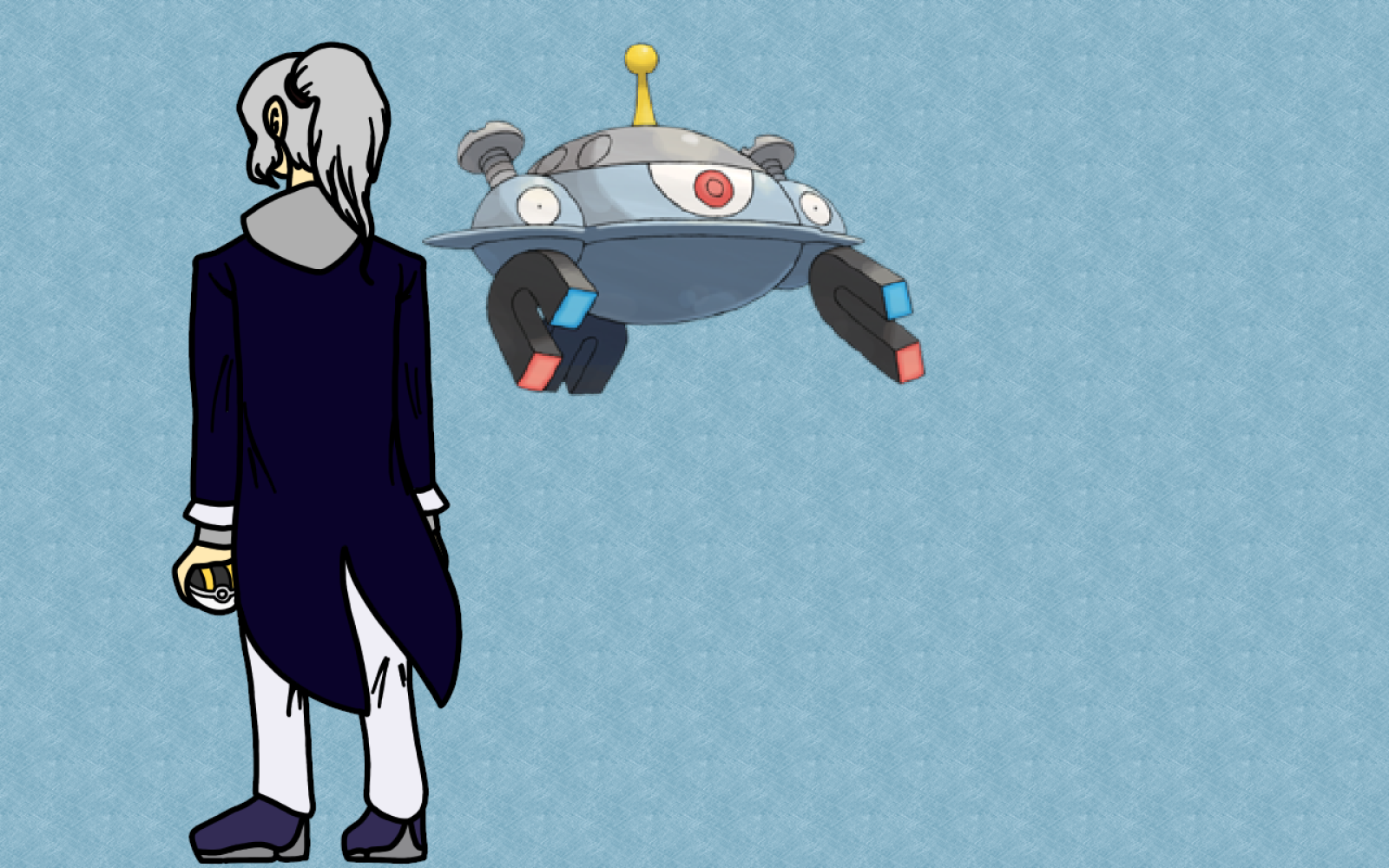 Shoutout to 27 / Dragonkeeper for this awesome image of his character!

27 has silver hair that is bound into a pony tail, healthy colored skin, and very dark eyes. They have a wide chin and breast like a man, but the voice and hips of a woman. They always stand straight, no matter what.

27 likes formal clothing wherever they go. They always wear a tuxedo - or a jacket that looks like one - as well as a silk scarf. They combine this usually with white pants and blue stained shoes, despite not knowing how to dance. They always tie up their hair, although sometimes, when they feel really fancy, they make it into a bun instead of a pony tail.

27 uses an array of Pokémon that are mostly home to the region around West City: They caught their Vikavolt as a Grubbin in Route 3, their Noivern as a Noibat in the Thunder Mountains, and Conkeldurr as a Timburr in Route 4. Their Steelix was caught in Victory cave, when they tried to get to The Pokémon League without having all eight badges (which did not work), and Magnezone is 27's very first partner, and their best friend.

A child was born and raised in a family that did not have much, in a cinnamon forest near Route 6 that belonged to their parents and eleven other farmers. They always wanted to grant their parents a better life. Knowing that they couldn't do so for a community of 14 people by just working harder, the child started aspiring power.
Within three years of training to become the very best, like no one ever was, the child became a contender for various gym leader posts, the ones on Hot Isle and in West City, upon others. By this time, they were known as 27, and their parents thought they were dead.
The gym leaders who had 27 attend to see if they were suited for the position saw one common flaw: The wish for power should never be the driving force behind someone's actions.
This made 27 angry. But they did not lose their focus. Instead, they started studying in the library of Naodesa. They studied ways to gain power without attending the Pokémon League and without being born into the government. After years of research, they found evidence about the Protector of the Mountains, an old tale that they learned from their parents back in the day. Apparently, they had a true core, and were telling about a trio of legendary Pokémon.
Shortly after, word about The Trade Clan started spreading. 27 saw his chance, and decided joining them. They quickly rose up in positions, and learned about their background plans, contributing to them significantly.
Now, 27 is on their quest to follow Kelban onto his seat on the top of the Trade Clan, having taken many of his duties already.

27 shows refined manners wherever they go, even towards people that are usually not welcome in the places he is, e.g. intruders to the Trade Clan's meetings. Despite this, they are borderlining cocky, which makes them quite a few enemies. They are daring though, postulating that more enemies are only making their journey more interesting.

27 has read a lot of books, which increased their vocabulary to the point where a non-native would not understand them, even though they tend to talk very slowly. They always stay polite in the choice of their words, but do let their vis-à-vis constantly know that they feel superior - even if it means saying so out loud.

Community votes happen in my Discord.coughcough
The Trade Clan