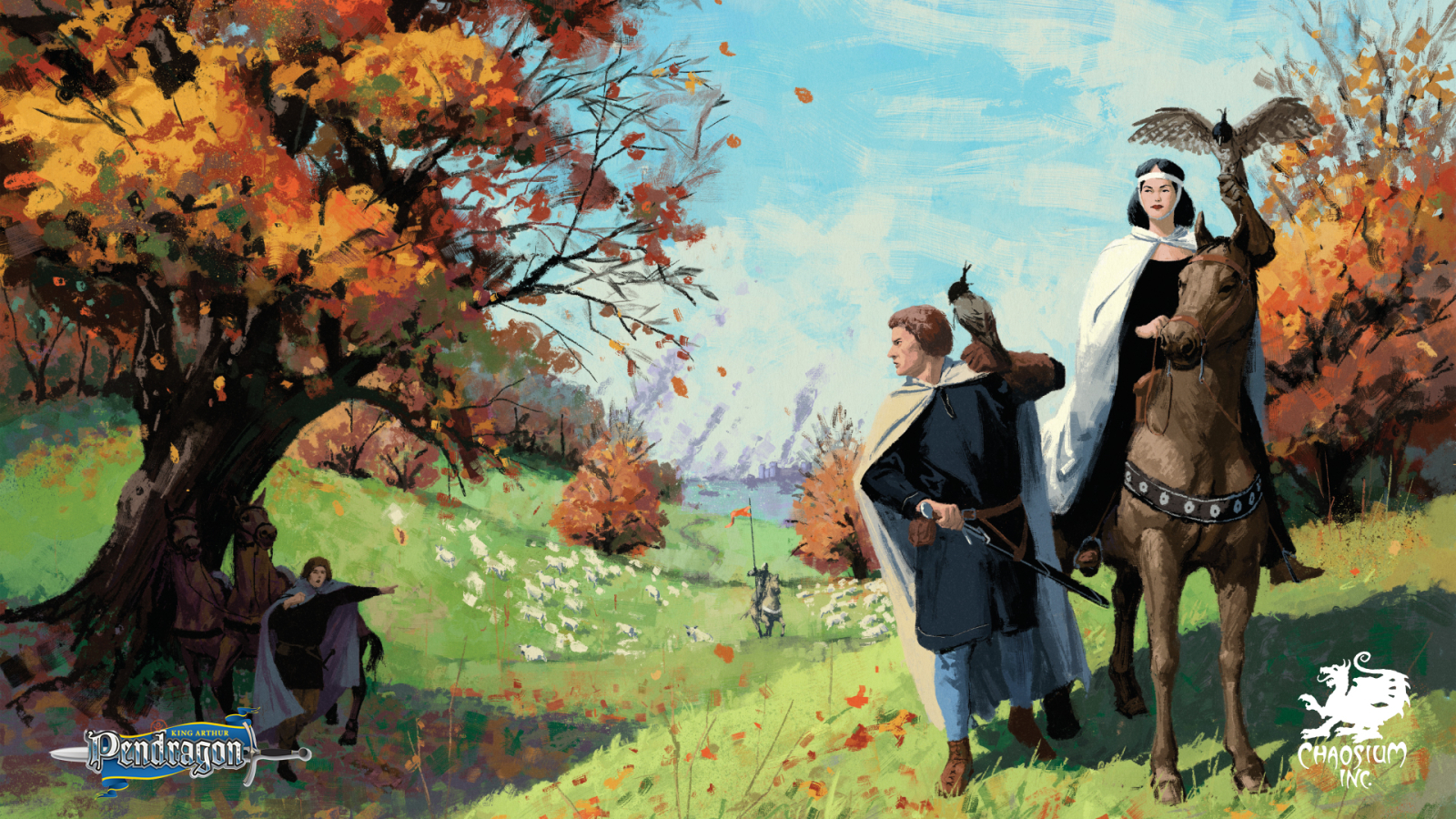 Søren Hjorth
This is a world as ít might have been, but never was.
A world that will give rise to the dream of Camelot, it's King and the stories surrounding it.
But, for now, it is the dark days of Briton peril, as wicked foemen stand at the gates, and only The Pendragon could have stopped them in their conquest of the fair and pleasant land of Britannia.

From the East comes the SAXONS, tribes of tall Pagans, with little room for Christ in their hearts and wont to brutality and wickedness as carve out their own kingdoms on the back of the Britons.

From the west comes the IRISH, raiders and pirates who might have embraced the cross, but their avarice and greed is a scourge on us all.

From the far North comes the wild PICTS, who never felt the Roman yoke.

And in the south, across the sea, a empire is crumbling before the waves of barbarians.

In the middle of this strafe and clamor stands young souls, ready to be thrust into the life of a knight, a professional warrior, with a legacy that stretches back generations. And now, it is their turn to carry the torch forward, as the skies seems to grow darker all across Britannia.

The King is dead. And we are now alone


- In memory and thanks to Greg Stafford -
Tweet
Tweets by @@SorenAH
All the GPC Reference are copyrighted to Chaosium. I guess. Contact me if something is out of place or a problem, okay? Vale Greg Stafford.