In a city that prides itself on it's ability to just keep building further and further up, as if the sky was less than the limit, something had to be the starting point. Something has to be there down at the bottom. Jayello's is one of those things. Way down there. At the bottom.

Originally built, owned, and run by a lizard man by the name of Jayello. He never named it, because it was originally just his house and you don't name your house. However, eventually it became a legitimate business and it was forever branded as just "Jayello's" because it was Jayello's house.    Ownership has been passed down by means of which regular was enough of a regular to go looking for the owner and finding out they were dead. Sometimes it was a family member, sometimes it was just that random guy at the end of the bar.    The current owner is part alligator. The building really like's being owned by reptiles, for some reason.

A place lost to time when it comes to tourists. Jayello's is down at the bottom and not in the good area of the bottom either, so the city doesn't like to advertise it. The only "tourists" that this place gets is usually out of town criminals looking for a place to do business.   But beware, dearest out of towner's. Stan may let you conduct your business here, but he does have morals and loyalty. So, if you cause trouble in his bar or with one of his regular's; he will eat you.
Type
Pub / Tavern / Restaurant
Parent Location
Solridhe
Owner
Stan the Alligator Man 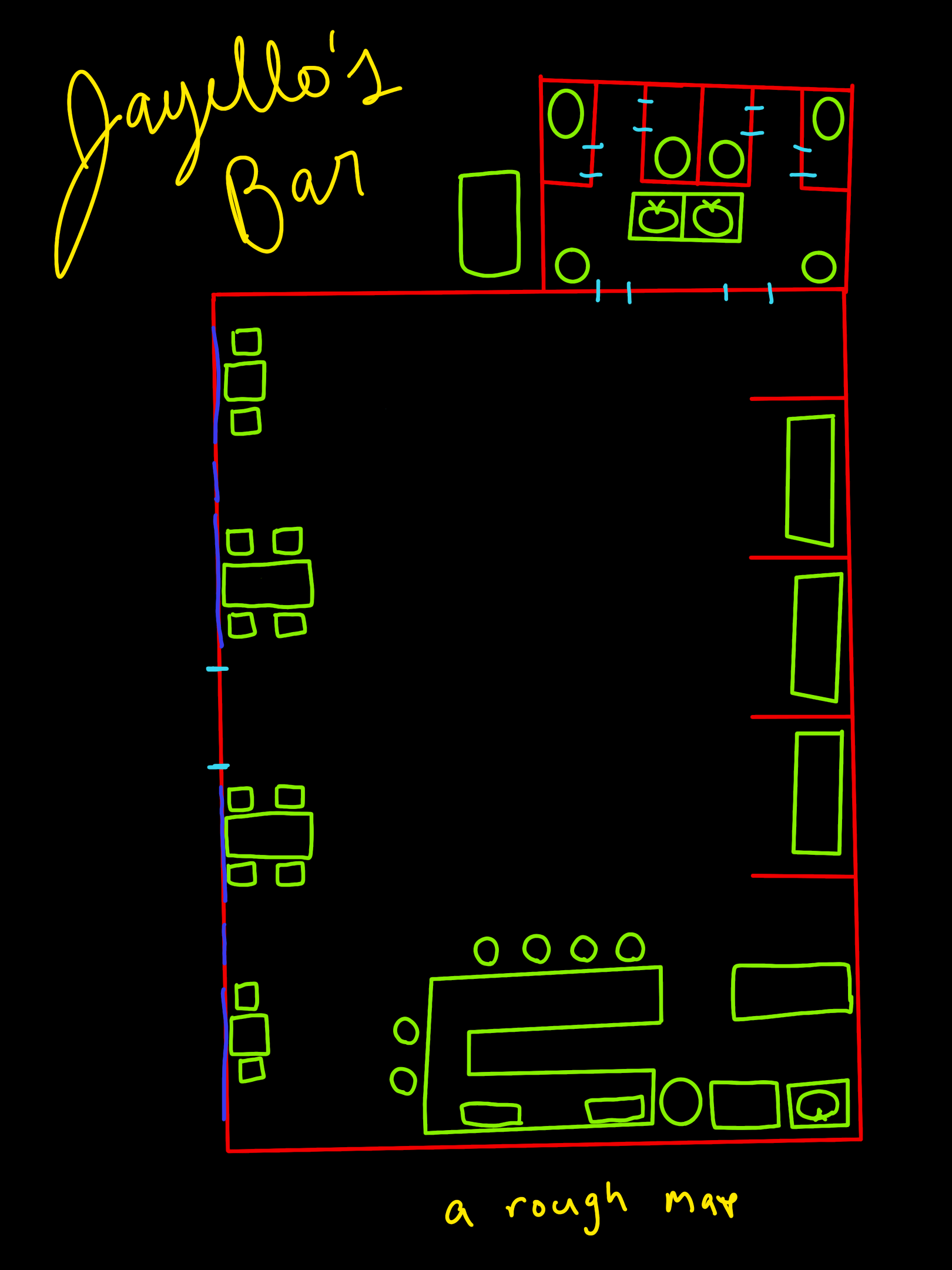