"Why would they seal themselves in the inner sanctum? They had no food nor water. What tragedy befell this place?"
-the journal of Cadmus Lleva

Originally constructed in the 25th year of the Third Era, the Temple of Laevelor was the second to last temple of Prenerin to fall to Are later in that same era. Prenerin, sensing the danger surrounding the Holy Wars, asked for a temple to be constructed on a secluded island he had created which he believed would be unlikely to be found.

“It is an act of the gods that we managed to find this island at all, even from the backs of our gryphons. So small it is that it disappears almost entirely in the sun’s glare.”
-the journal of Cadmus Lleva

The island was small by design, created to be nearly impossible to detect from oceanic trade routes. As such, the temple and the surrounding land was only home to around 900 individuals at its peak. Due to the lack of space and building materials, settlers set to constructing the temple into the cliffs that split the island in two. Though isolated, the worshipers who made their home on the island continued life normally for over a thousand years. The end of those on the island, unfortunately, was swift and merciless.

“There are rooms full of skeletons, but more curious are those who seem to have collapsed on the bridges, half over the rails or alone in the corridors. Dozens more had been sealed in the inner sanctum from the inside, though there are no indications of an attack.”
-the journal of Cadmus Lleva

Around the 1,050th year of the Third Era, Are requested the help of the goddess of health and pestilence, Kaika. He did not know where the last two temples of Prenerin were, but he knew one existed in the middle of the ocean to the east, and that Wandering Ravens migrated there once a year. Kaika obliged, crafting a disease so heinous that it not only resulted in death, but also a terror like none other: The Withering Death .   The disease would render its victim without any mental faculty, wandering around and doing the bidding of any command they were given. It was highly contagious, and took to the Wandering Raven with little trouble. It was only a matter of time until the it found its target.   Withering Death infected the limited food and water sources on the island with unparalleled speed and ferocity. Soon, the first victims were experiencing loss of any cognitive function. Quarantine did little to aid the spread, and panic set in. Some fled the island while others attempted to barricade themselves away from their shambling, corpse-like brothers.   However, in the end, the temple did not survive the attack. As Are never located the island, the libraries and sanctums deep within the temples are home to the last remaining holy texts of Prenerin, the rest having been burned or otherwise destroyed in Are advances.

Most of the structures on the island are constructed with large stones harvested from the quarries in the lowlands. They are held together with a mortar. Over time, the Wandering Raven became a symbol for Laevelor, ironically, and the shape of a raven with outstretched wings, or a raven's head is common at the top of doorways and along the rails of bridges and corridors between towers.   Archways and curves are the primary architectural feature of the entire temple. Bridges stand on overlapping half-arches high above the ground. Often, multiple thin towers sprout from a single base with bridges connecting higher levels. Light was taken into account and many of the buildings were constructed to allow sunlight and breeze to stream freely through large windows.   Many of the roofs were constructed using wood and have rotted away since the temple's abandonment. Because of this, there has been quite a bit of overgrowth within the uppermost rooms. 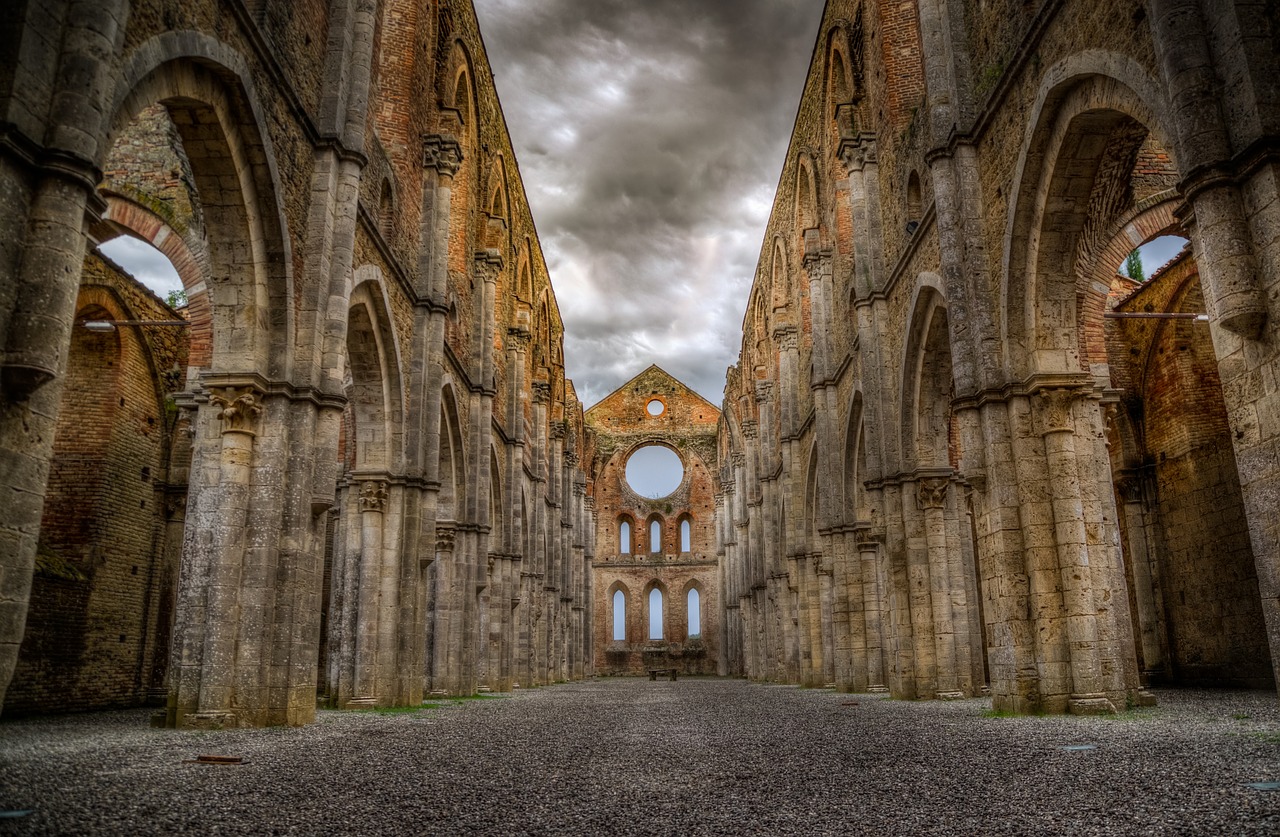 
"The carvings on the stonework are impeccable. I have yet to decipher their meanings, but common motifs are ravens, circles, and corners with pillar facade carvings."
-the journal of Cadmus Lleva

As the original infrastructure of the temple began to decay, worshipers began to construct new wings of the temple in the newer building style of the religion - to sit above the landscape and not atop it. The remaining existing temple now consists of a sprawling network of bridges, towers, spires, and stairwells. Bridges span from one peak to another, and once served as space to grow food and land flying mounts like Gryphons and Pegasi.

“This is unlike any temple I have ever seen. Mists hang in the corridors, carried through the windows by the ocean winds as they surmount the cliffs and set ablaze by the sunrise. Trees and vines give it life. The only living denizens, the rodents, almost seem intelligent, and come to me to ask for food. If only I could have seen this place before it perished.”
-the journal of Cadmus Lleva

The construction of such structures required many stone slabs, which were taken from quarries. These have since filled in with rainwater over the years and have become home to frogs, salamanders, and other amphibians. 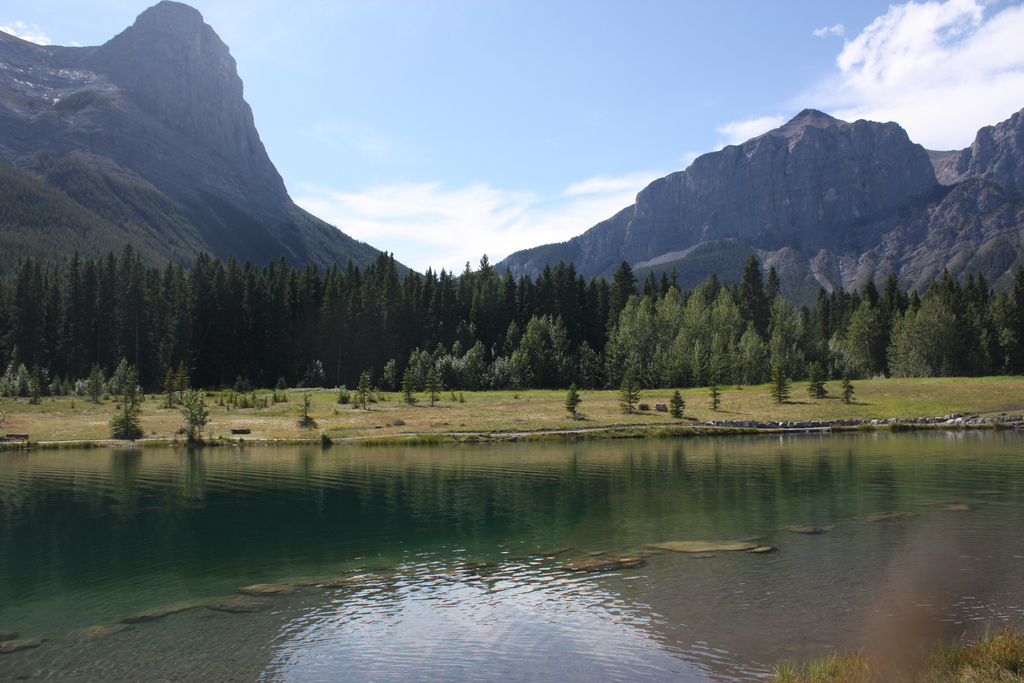 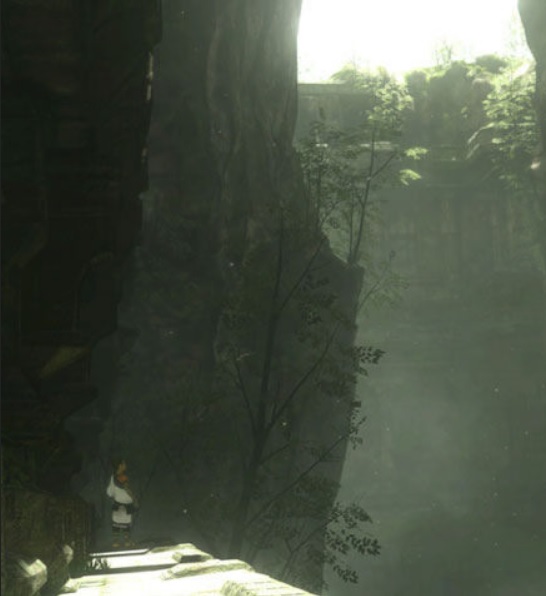 The island is home to several endemic species, mostly fish and amphibians. 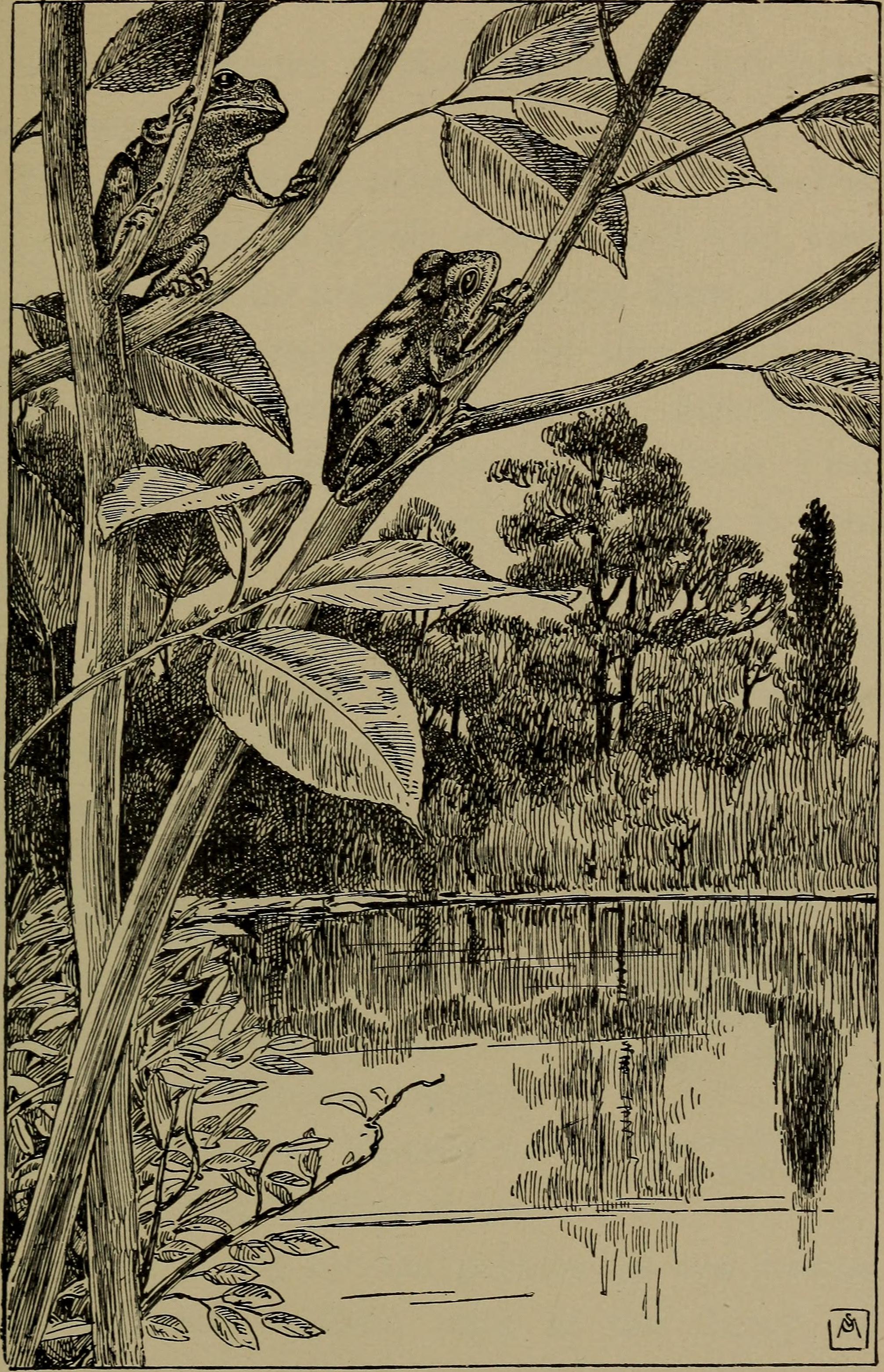 Familiar life in field and forest; the animals, birds, frogs, and salamanders by Mathews, F. Schuyler
The Climbing Laevelan Frog inhabits the quarry lakes, making up for the lack of shallows in the lakes by spending time in short shrubs and trees. This is only possible due to there being no terrestrial predators on the island. 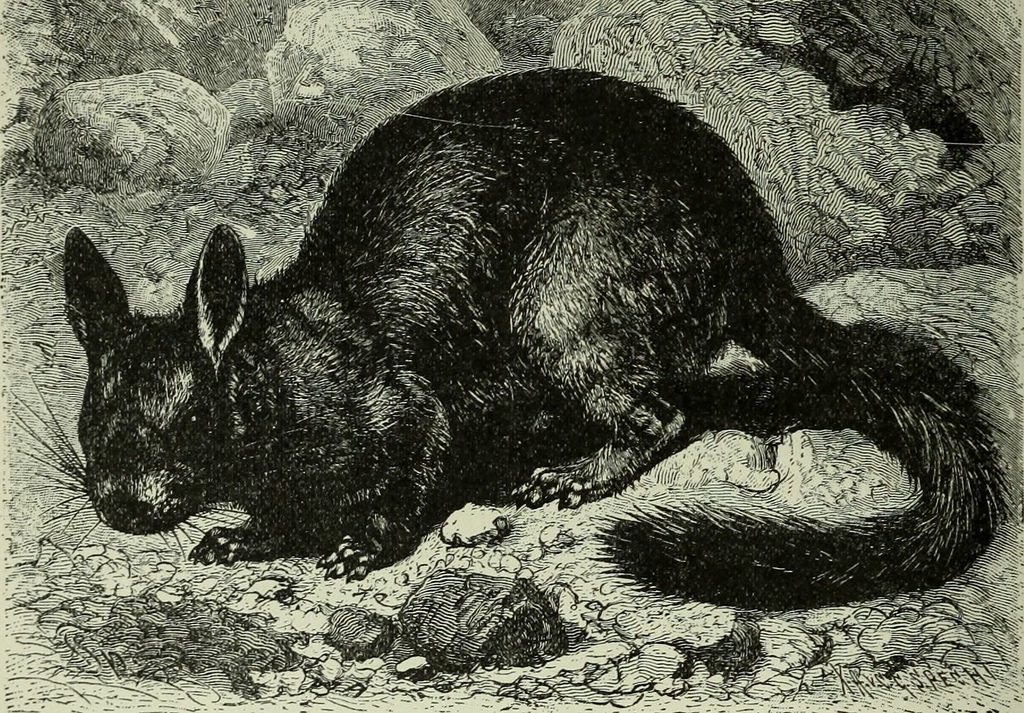 Brehm's Life of animals : a complete natural history for popular home instruction and for the use of schools. Mammalia by Alfred Edmund Brehm
The herbivorous Panya, likewise, displays little to no fear of terrestrial predators, fearing only predatory birds that sometimes migrate to the island. They are intelligent and quick to explore new stimuli and have a complex social system. 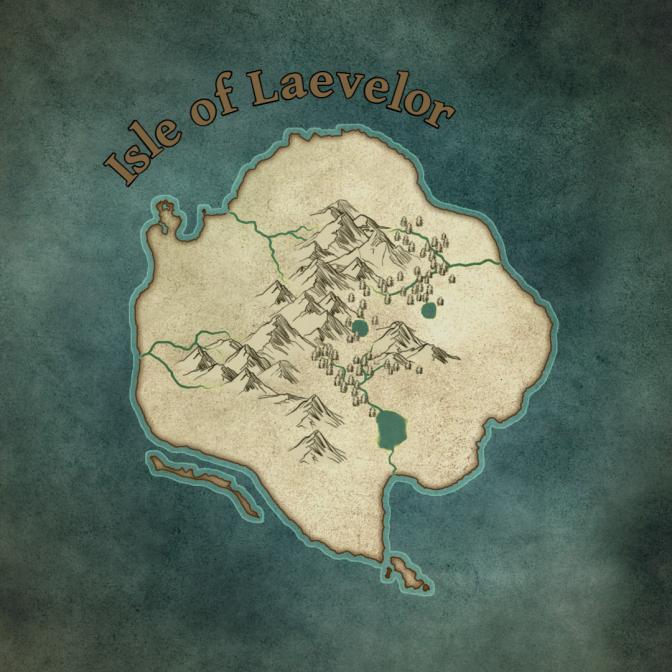 by AnzBananz
Before the Withering Death epidemic that the Isle of Laevelor in the Third Era, the island consisted about four square miles, most of which is covered in tall cliffs, mountains, and their foothills. The volcano that created the island has fallen dormant. The northwestern side of the island is arid and doesn't lend itself to use by humans. The southwestern side contains shrubby forests, one natural lake, and two filled-in quarries which make that side of the island more habitable.   The beaches along the coast all consist of black sand, which erodes quickly. At the time of its discovery in the Fourth Era, the island has shrunk considerably, mostly on the eastern side. It is estimated that the island consisted of about six to seven square miles in total.