Stopping under a street lamp, Ophelia pulled her coat a little tighter around her, eyes slowly tracking to the one familiar thing she could see: the Midnight Clock. Gaunt and comforting, its face was brightly illuminated against the ever-dark sky. Always present, always there, like a frequent and faithful friend.

It was just a little past four fifteen in the morning. Shivering, the doll stuffed her hands in her pockets, moving from one patch of light to the next as she continued on down the street. Though all the nearby windows were dark, and though she knew that she was utterly alone, a small part of her knew that the Midnight Clock would be her watchful guardian tonight.

At its core, the Midnight Clock does what it should do- it tells the time, and it does it well. Visible from everywhere in Las Calabazas, this tall and rickety looking clock tower keeps the city on a set schedule and has been doing so since the city's founding. In fact, it's the oldest building in the city... a bewildering fact that does not escape most of its residents. Despite its age, the Midnight Clock keeps everybody on schedule perfectly: no matter whether or not one is familiar with the concept of linear time, five chimes is still five chimes.

Ascertaining a set number for the Midnight Clock's total length is a dubious adventure at best- the height of the building seems to shift and change depending on how close or far away the viewer happens to be when they look at it. Nor, for that matter, has anybody ever seen the back of the tower, since the clock is always facing them no matter what direction. There have been numerous requests from historians and architects to allow them to climb the tower, so as to gain a better idea of its exact proportions, but these have all been categorically denied, citing the Midnight Clock as a 'historical zone'. Nobody knows what this means.   Considering its origins, it's not too much of a stretch to say that the structure is made from 'magic'. This isn't entirely true- touching it reveals the outside to be made out of wood, weathered from eons spent in the elements. Where that wood came from is unclear, considering there are no trees in the wastelands. The clock itself is a mystery to all but a few trusted custodians who have had the privilege of helping assist the Skeleton Prince in its upkeep, and none of them have any particular inclination to spill the Clock's secrets. It's generally assumed that the Clock requires magical upkeep of some kind- how else would it be standing after all this time? The exact nature of that magic, unfortunately, remains a secret.

The Midnight Clock holds the prestigious position of being the very first building The Skeleton Prince built after he claimed the newly discovered plane for his own. Though many wonder why he chose a clock tower to build first, of all things, the Prince has never given a definitive answer, and it seems likely that he never will.   Despite its dubious origins, the Midnight Clock stood tall and proud, even as the city grew around it and began to prosper. It survived numerous disasters which would have toppled lesser towers; stood firm against invaders and conspiracies; and even in its creator's abscence, it continues to chime the hour with dour and dutiful clarity. Almost every citizen has come to immediately recognize its almost mournful calling, mostly because it seems to cut clearly through even the noisiest of the city's sectors. The clock's glowing face also has become a comfort to many, especially those who miss the moon(s) from their local universe.   Over the years, the Midnight Clock has blended into the collective consciousness, no longer actively thought of save for the occasional passing fancy. However, it continues to stand as a testament to the city's humble beginnings, and a reminder of how far Las Calabazas has come. Even with its creator gone (or perhaps especially so) many would be remiss to see it gone.
Parent Location
Las Calabazas

Was there a reason why it existed when no other buildings were around? Or is it just the oldest still-standing tower? 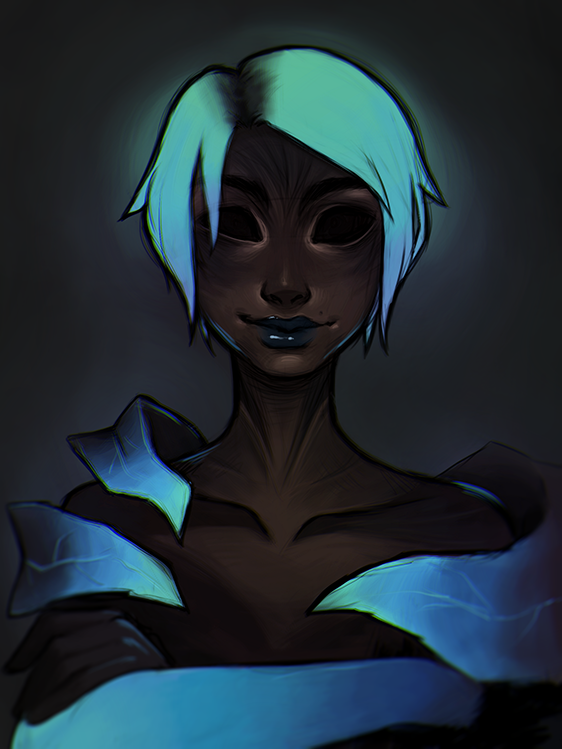 thank you for the comment! the truth is that only the Skeleton Prince knows why he made it first, and he's not telling. i updated the article to make it a little more clear!

Ooooo I'm I'm digging that theme my friend. Good use of music as well and the atmosphere was perfect as I was reading. Very unique take on the prompt. good job!

Hi there, congrats again on the feature! I enjoyed the read, and the moonlight sonata creates a very fitting atmosphere. Some quick feedback:

As I said, you did a fantastic word here, so keep it up! <3
[they/them] Creator of Black Light, a science-fantasy universe.