Lapis of Nicodem    Characters      Scand
Scand is a street rat tossed from his parents's home at age six due to their lack of ability to support a large family. The same thief that took an interest in Rinan helped Scand get situated, and they discovered a perfect hiding niche in a small corner of a small, abandoned temple's overgrown garden.   Scand enjoys being outrageous, which covers his deep unhappiness and sense of abandonment. The Eaves' reading circle has filled his need for friendship and family, and somewhat mitigated his outbursts. He adores Lanth and idolizes Rin, though one would hardly know it, considering how he provokes the older lad.
Profession

Scand pickpockets for a living, though he does not excel at it like Rin does. He is far better at using distractions to nip a loaf of bread or a bottle of fizzy drink here and there. Some Grey Streets merchants call him Scamp, and he has decided to don the nickname with pride.
Personal

Scand quickly picked up reading, and takes pride in his handwriting. Lanth believes he might become a scribe, but he is quite certain such a boring existence is not for him.   He is mentally agile, and will talk his way out of punishment. He normally has a mischievious smile and innocent eyes he uses to advantage, though that rarely works with Lanth. He is a bit older than many of the other kids, so has his fair share of adoring rats trying to mimic him.   While affable, he can treat those who have wronged him very harshly, which he picked up from Rin. 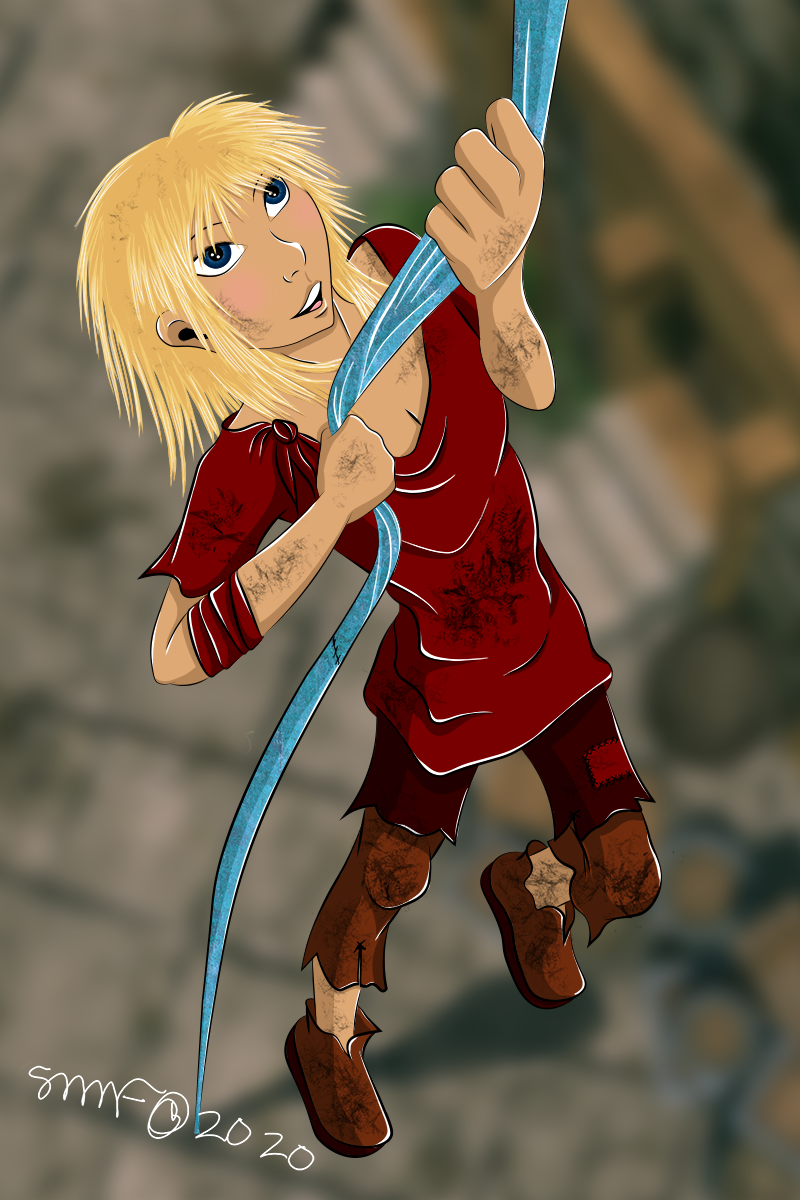